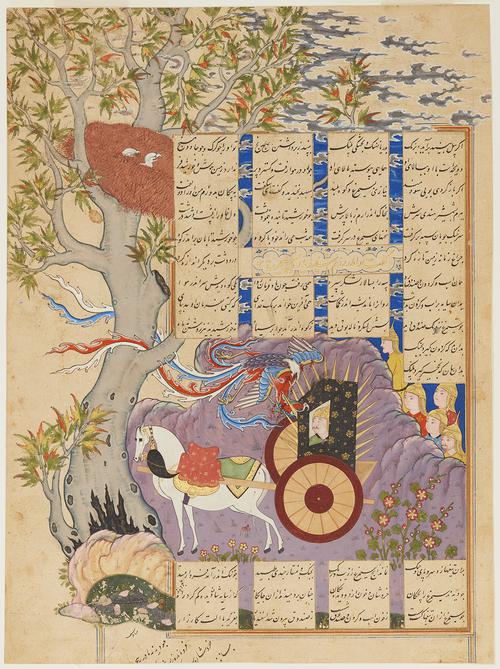 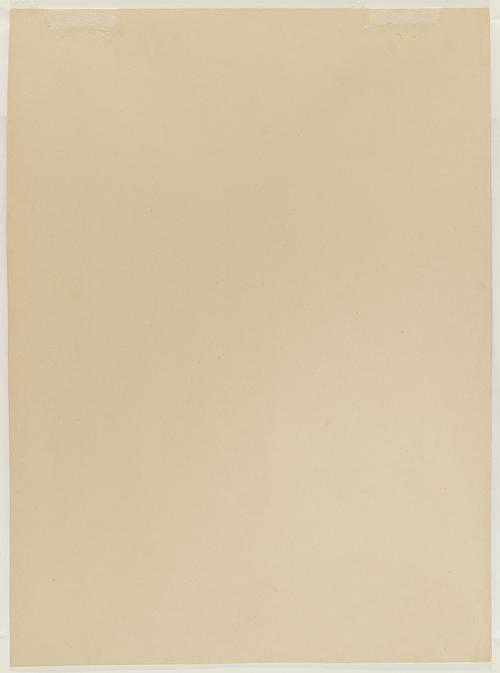 AKM103, Isfandiyar kills the Simurgh, Back 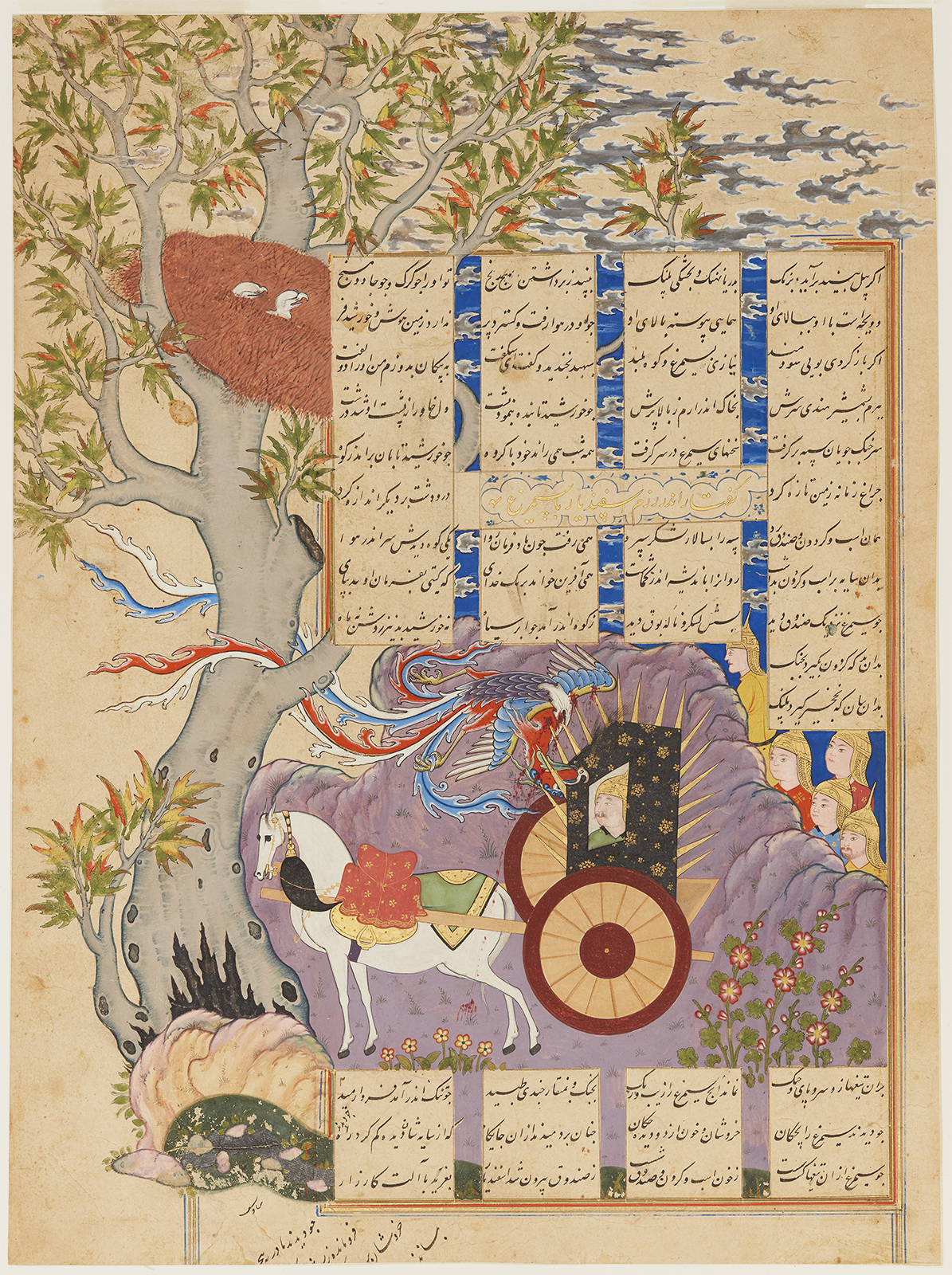 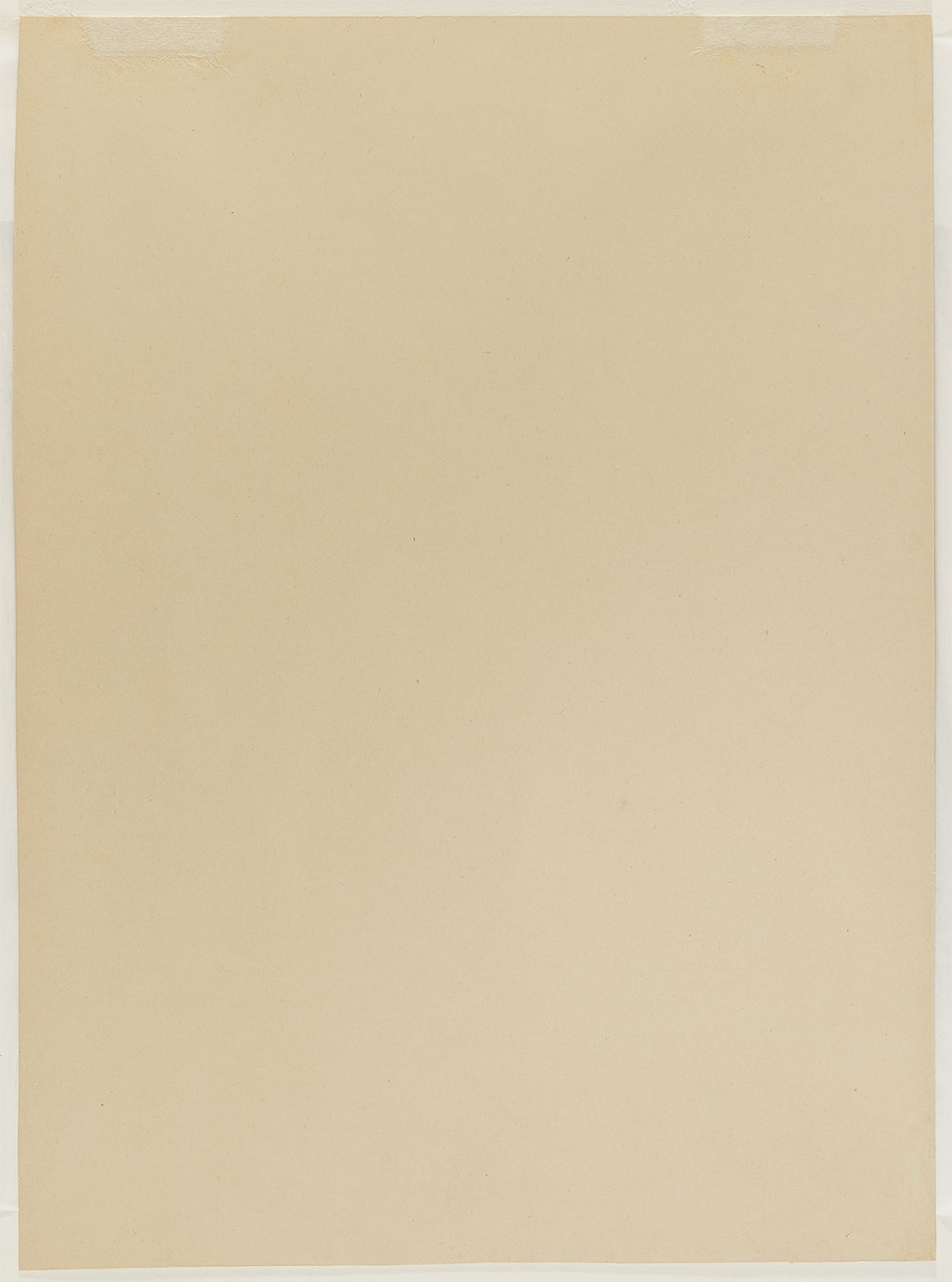 A Georgian slave at the court of Tahmasp, Siyavush was the main contributor to the illustration of this manuscript, completing an impressive total of 22 paintings. This painting concerns the fifth of the seven “labours” (Haft Khwan) of Prince Isfandiyar, son of Shah Gushtasp. Shah Gushtasp sent Isfandiyar to rescue his sisters from the Bronze Fort of Arjasp, with the false promise of the crown should he succeed. Isfandiyar’s fifth trial is an encounter with a phoenix-like bird called the Simurgh, which plays an ambiguous role in the Shahnameh: it is both the benevolent protector of the hero Rustam and saviour of his father Zal, and an evil, dragon-like creature who must be defeated by Isfandiyar.

In many respects, Isfandiyar’s seven trials match those of Rustam earlier in the Shahnameh (see AKM100). Their major differences involve methods of fighting.[2] Whereas Rustam fights adversaries (including a dragon) with his sword alone, Isfandiyar has a tank-like contraption in which he defeats first the dragon and then the Simurgh, who attacks and impales itself on the vicious blades attached to it.

This painting accurately reflects this moment, with the static horse and rather impassive hero sitting safely in his chariot while the colourful bird immolates itself on the spikes. As noted by Anthony Welch, “this is a powerful nature painting, intense in feeling and completely dominating the insignificant and unconcerned human beings below the tree.”[3] The magnificent tree and the dark, cloudy skies are carried on behind and through the lines of text above the rocky outcrop, a gesture towards the vast mountainscape where the Simurgh lived. Indeed, the painting does not depict this mountainous home as vast as Firdausi describes it (“blocking out the light of the sun and moon”). Neither are the two pathetic, frightened chicks in the nest above as fearsome as Firdausi indicates after the death of their mother. In Firdausi’s verse, they fly away, supposedly “so large that their shadow blinds the sight.” Here, however, the artist manages to enlist the viewer’s sympathy for the bird and its chicks rather than celebrate the heroism of the champion.

It is interesting to compare this painting with another in Shah Ismail II’s Shahnameh, namely “Sam visiting the Simurgh in the Alborz Mountains,” attributed to Sadiqi Beg. Sam hopes to reclaim his son Zal, whom the dramatically plumed bird returns in its claws.4 The tone and colours in Sadiqi Beg’s painting strike a more optimistic note, and the balance between the human and supernatural elements is more even.

The page has been trimmed and pasted onto card, evidence of the unscrupulous activities of Belgian art dealer Georges-Joseph Demotte (d. 1923). Shortly after a 1912 exhibition at the Musée des arts décoratifs in Paris, Demotte dismembered Shah Ismail II’s copy of the Shahnameh. He then sold its pages to a number of collectors, including the Baron Edmond de Rothschild.