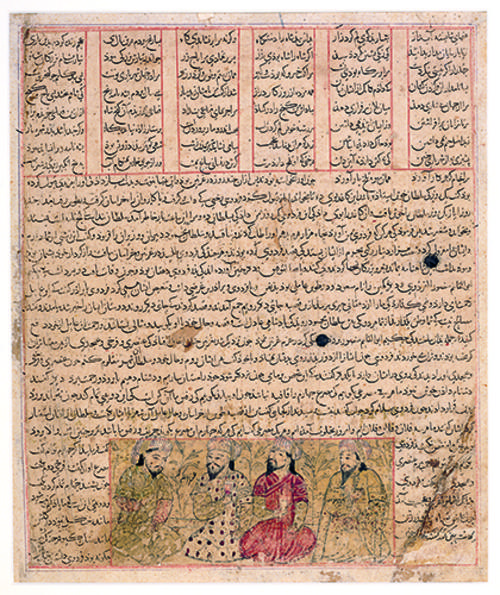 AKM88, Firdausi and the Court Poets of Ghazni 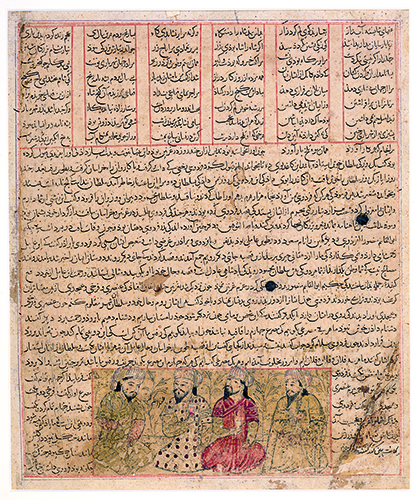 Firdausi and the Court Poets of Ghazni

Part of this preface concerns the (largely apocryphal) biography of the poet Firdausi. In need of patronage and financial support to finish the Shahnameh (which would, in fact, take 30 years to complete), Firdausi left his hometown of Tus in northeastern Iran, and travelled to the realm of Sultan Mahmud, ruler of the Ghaznavid dynasty, in Ghazni, the southeastern province of present-day Afghanistan. There he encountered three court poets—‘Unsari, Farrukhi, and ‘Asjadi—enjoying themselves in a garden. Thinking to trick the newcomer, each poet recited one line (misra) of an impromptu quatrain and challenged Firdausi to come up with the fourth and final line. Firdausi excelled at this test of his poetic acumen, with a verse invoking how the Iranian hero Giv speared the Turanian warrior Pashan to death. The three Ghaznavid poets immediately recognized him as worthy of inclusion in their company and of presentation to Sultan Mahmud.

The lines above and flanking the little illustration at the bottom of this folio recount the poetic test. The composition itself has Firdausi seated on the left, facing ‘Unsari, Farruki and ‘Asjadi and with each holding a wine cup. And whereas these three poets are dressed in relatively simply robes, Firdausi’s fancier garment is adorned with a lotus blossom, perhaps to indicate his intellectual superiority.  Leafy branches fill the background, indicating the garden setting where this literary contest occurred.

At some point in the manuscript’s later history, someone attempted to write a word or two next to the figure of Firdausi. Although it is possible to make out several letters, the “inscription” seems more like graffiti.