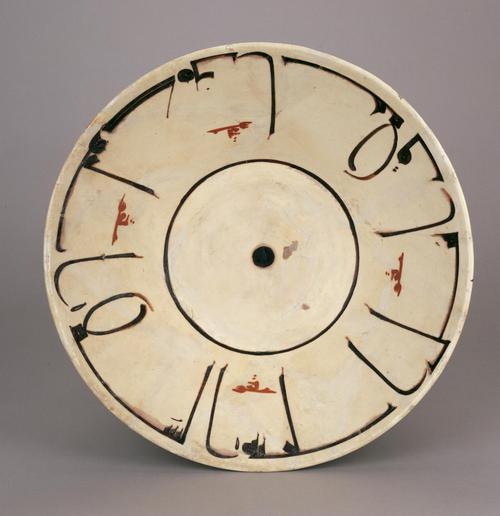 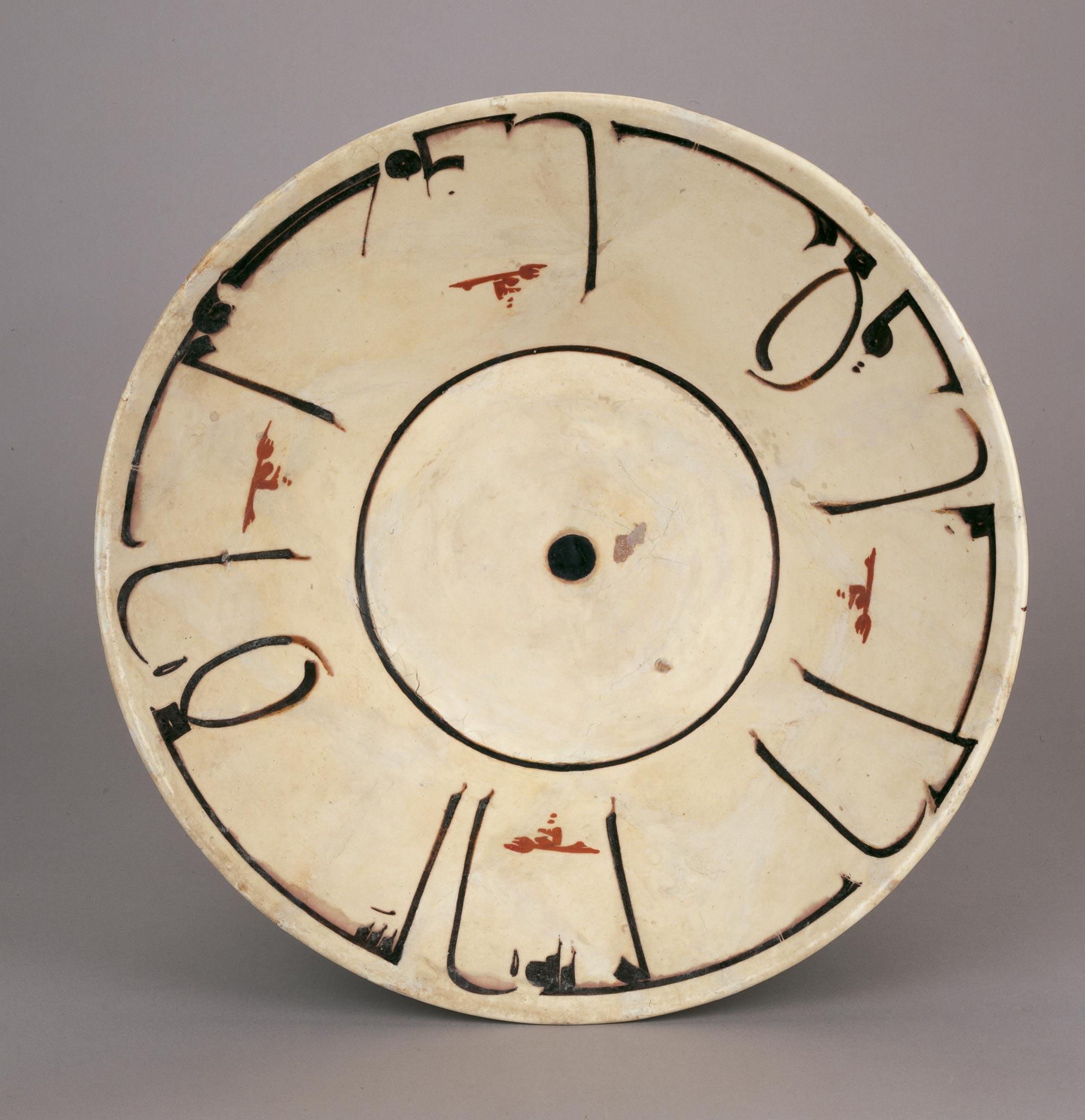 The graceful design on this dish displays two aspects of the arts of Iran and Central Asia in the historical context of the tenth century: the prominence of literature and artistic creativity. The survival of objects, such as this dish, that are decorated with poetic and literary inscriptions both in Persian and Arabic coincided with the blossoming of Persian literature in Iran and Central Asia, including the works of great poets such as Rudaki (died 940) and Ferdowsi (died 1020). The aphorism, inscribed here in Arabic, reminds the viewer that “Generosity is the disposition of the dwellers of Paradise.” This style of calligraphic pottery decorated with blessings, quotations from Hadith, and general aphorisms represents a most creative use of design and techniques. The placement of the inscription with its elongated letters on the sides or cavettos of the pottery and the striking contrast between the inscription and the background provide a pleasing rhythm and balance to the decorative composition. Both the white background and the black and red colours are layers of thin clay that were used to paint the composition under a layer of transparent glaze.