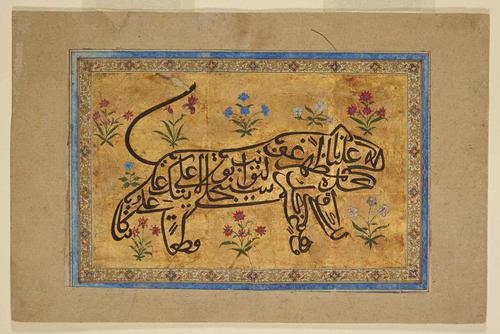 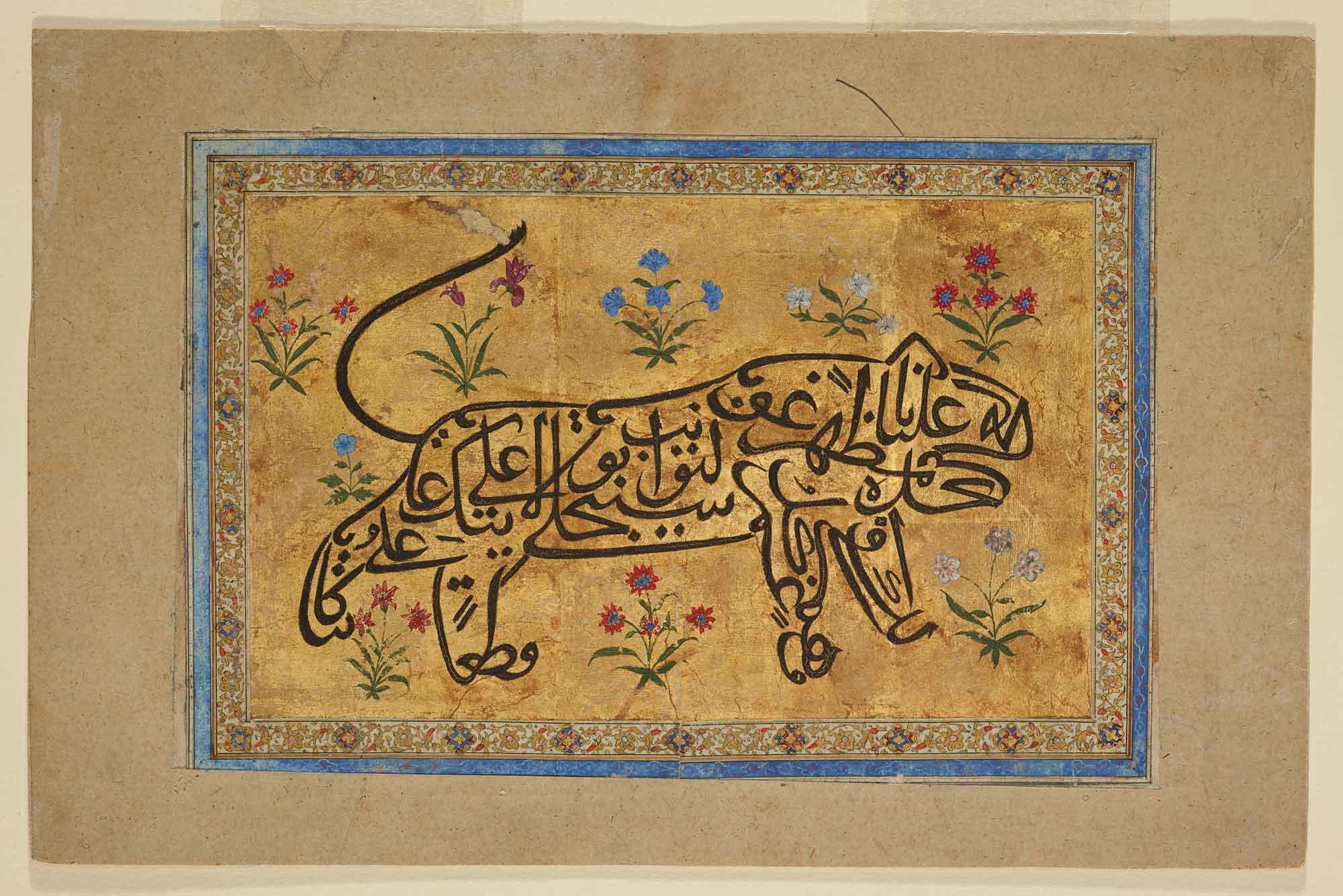 This splendid calligraphic lion is an example of zoomorphic writing where calligraphers blended the arts of writing and drawing by using words to form animal and human shapes. The choice of the lion here is quite pertinent since the Arabic text is a supplication to ‘Ali, the Prophet Muhammad’s cousin and son-in-law, who was the fourth caliph and first imam. Because of his courage and valour, ‘Ali was known to Sunni and Shia Muslims by the epithet “The Lion of God.” The prayer, known as Nad-e ‘Ali, is typically used by Shia Muslims to seek ‘Ali’s help and support in times of stress and sorrow. What is interesting here is that the seventeenth-century calligrapher was so faithful in copying from an earlier model that he also replicated the signature of the original sixteenth-century calligrapher, most probably the famous Safavid calligrapher Mir ‘Ali Haravi. That signature forms the hind leg of the lion in the original composition.