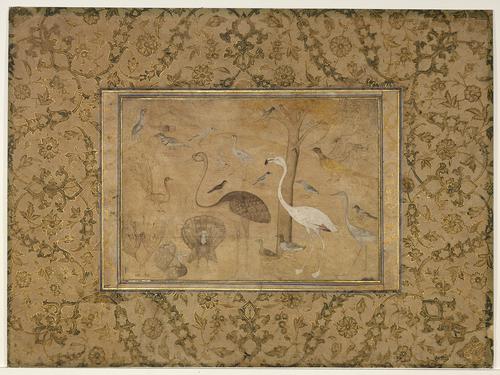 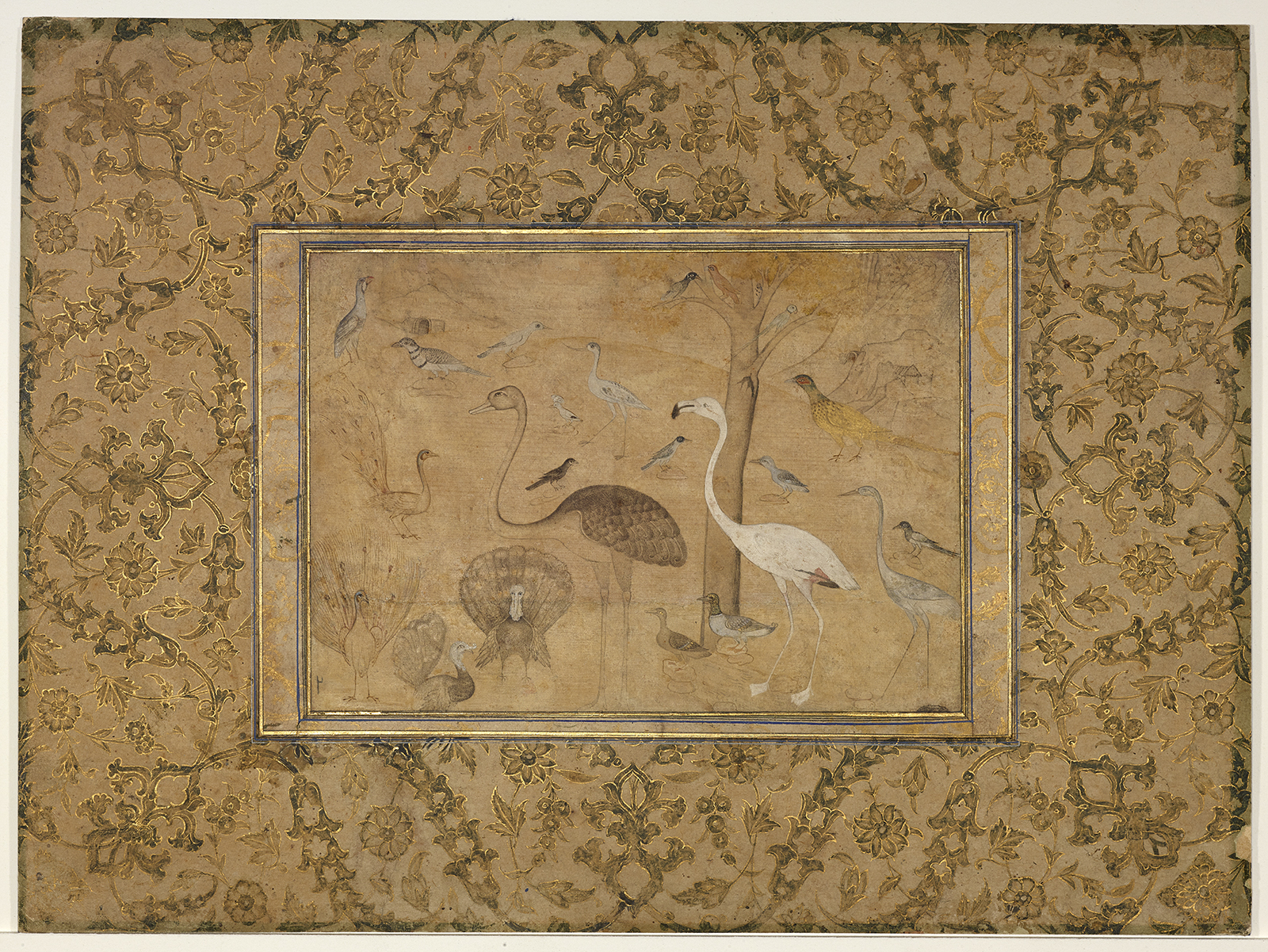 Some of the early Mughal illustrations of flora and fauna are found in the Babur-Nameh (Memoirs of Babur), a tome rich in illustrations of the world of birds. Only at a later time did nature studies become paintings and drawings independent from the text. The depictions of symbiosis emphasize the relationship between flora and fauna. The new freedom of thinking and designing at courtly Mughal workshops furthered the creativity of the artists. [1]

European painting techniques adopted by Mughal artists included deep shading, heavy modelling, and highlighting of contours and various parts of the body. [2] Frontal, three-quarter, and profile views show the attention that Mughal artists paid to accuracy in representing the bodies. On the top right, between the tree branches, is an inscription reading raqamahu Mani. According to this inscription, the drawing is the work of Mani, a Mughal artist active in the royal courtly workshop between 1580 and 1600 during the reign of Akbar the Great (1542–1605). Mani was a colourist in the workshop and contributed to many paintings. With this study of birds he demonstrated his superior draftsmanship skills.