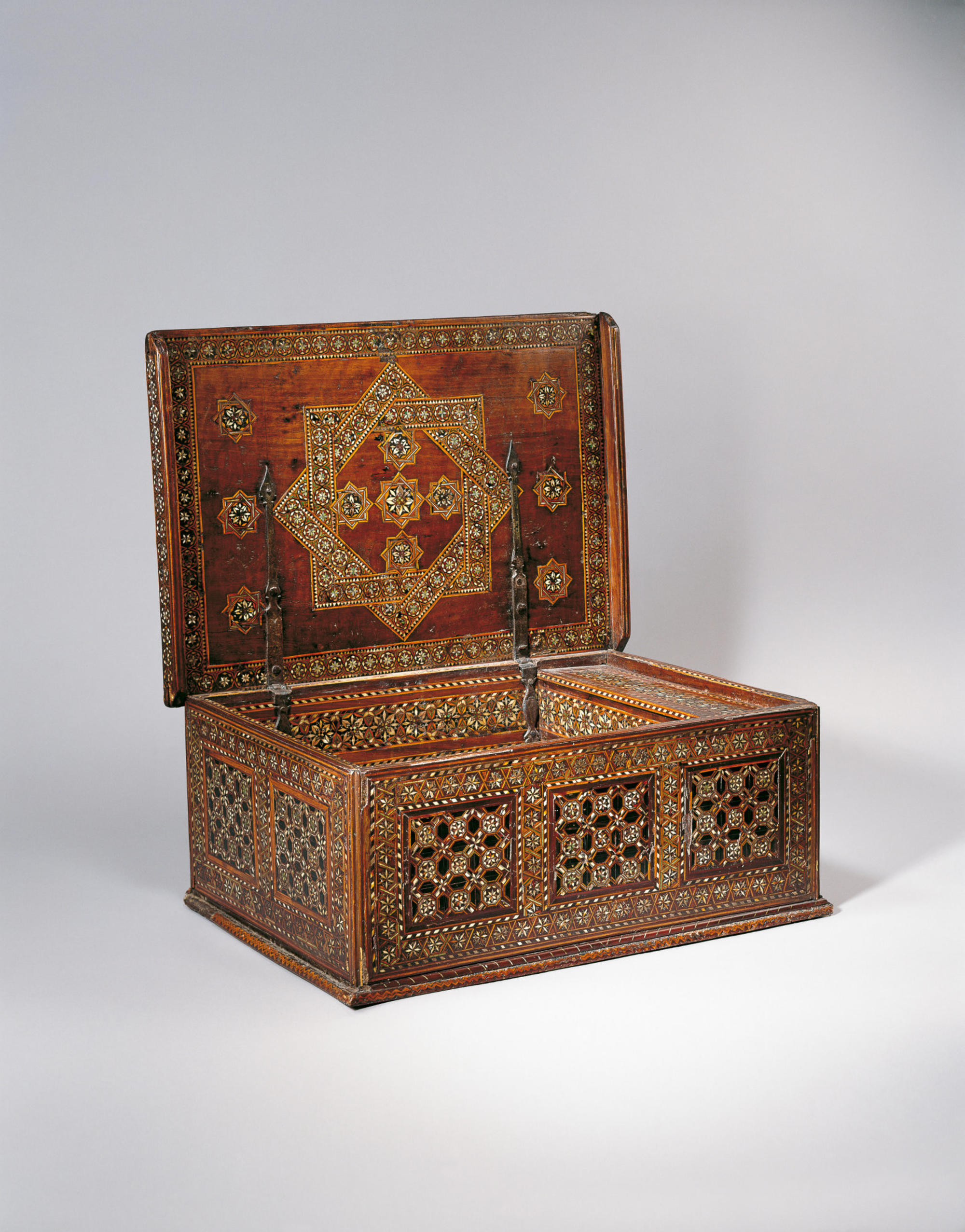 This scribe’s wooden cabinet is a rare survival and an extraordinary example of luxury woodwork production in Spain under the Nasrids (1232-1492). The tradition of inlaying walnut dates back to the Umayyad period in Spain (756-1031), and may be seen in extant mosque minbars (pulpits), doors and a variety of objects. The hallmarks of Nasrid era woodwork include elaborate inlays of ivory, bone, metal, wood and mother-of-pearl. The decorative programme of this cabinet includes large eight-pointed stars formed from interlocking squares; these motifs appear on many of the extant Nasrid wooden pieces in Granada museums and at the Alhambra. The cabinet contains a lidded interior compartment which probably contained writing implements.