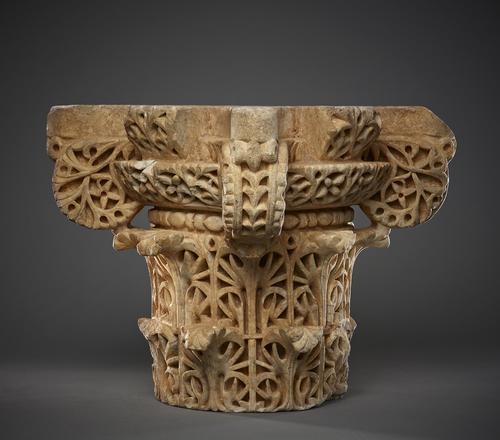 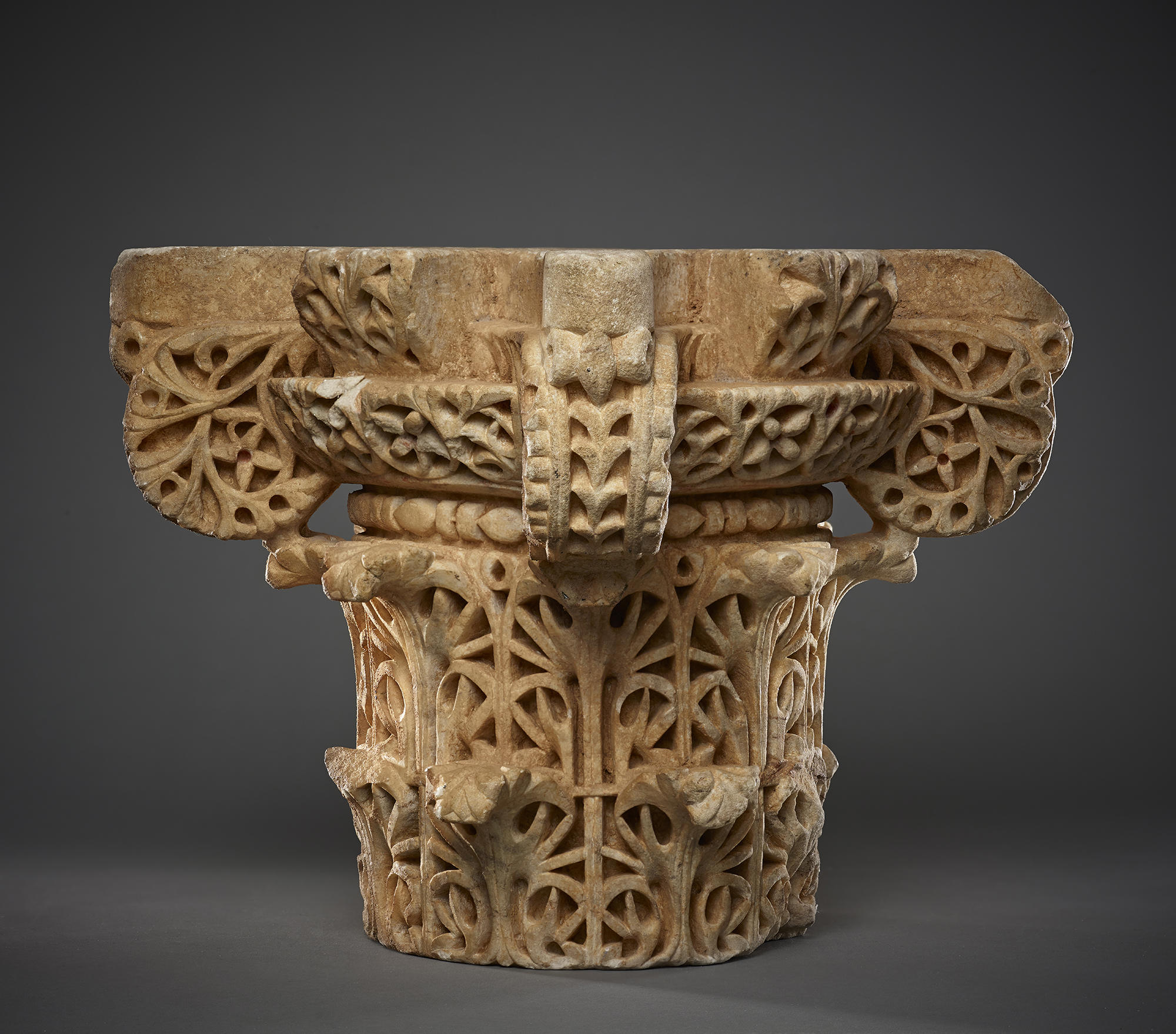 This capital, with two lines of acanthus leaves, represents a brilliant phase of architectural sculpture in Arab Spain. The model of the Corinthian capital, which can be found in numerous Roman ruins in Spain, as well as in later Visigothic interpretations, reaches here a very refined elegance. The general structure of Corinthian capitals is respected, rendered livelier by two rows of deeply carved foliage sprouting in a bee’s nest arrangement and a base of plain stalks where the second row of leaves starts. This capital is similar to the ones made for the reception room of ‘Abd al-Rahman III in the royal palace at Madinat al-Zahra, near Cordoba, which date from between 952–53 and 956–57, according to inscriptions found on the bases.