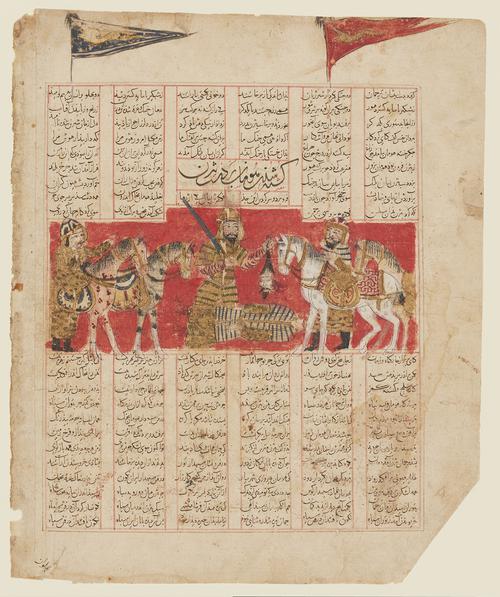 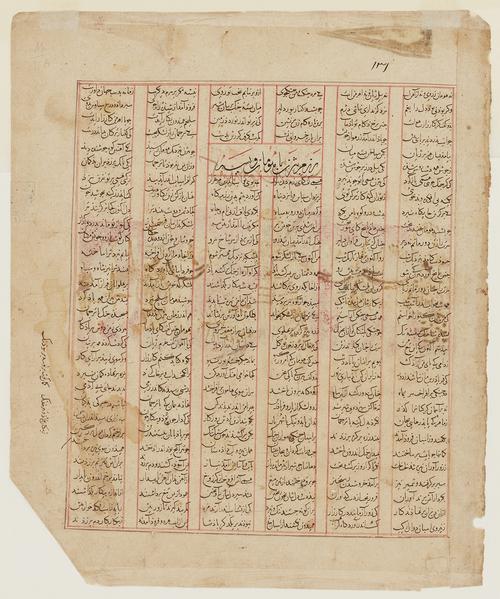 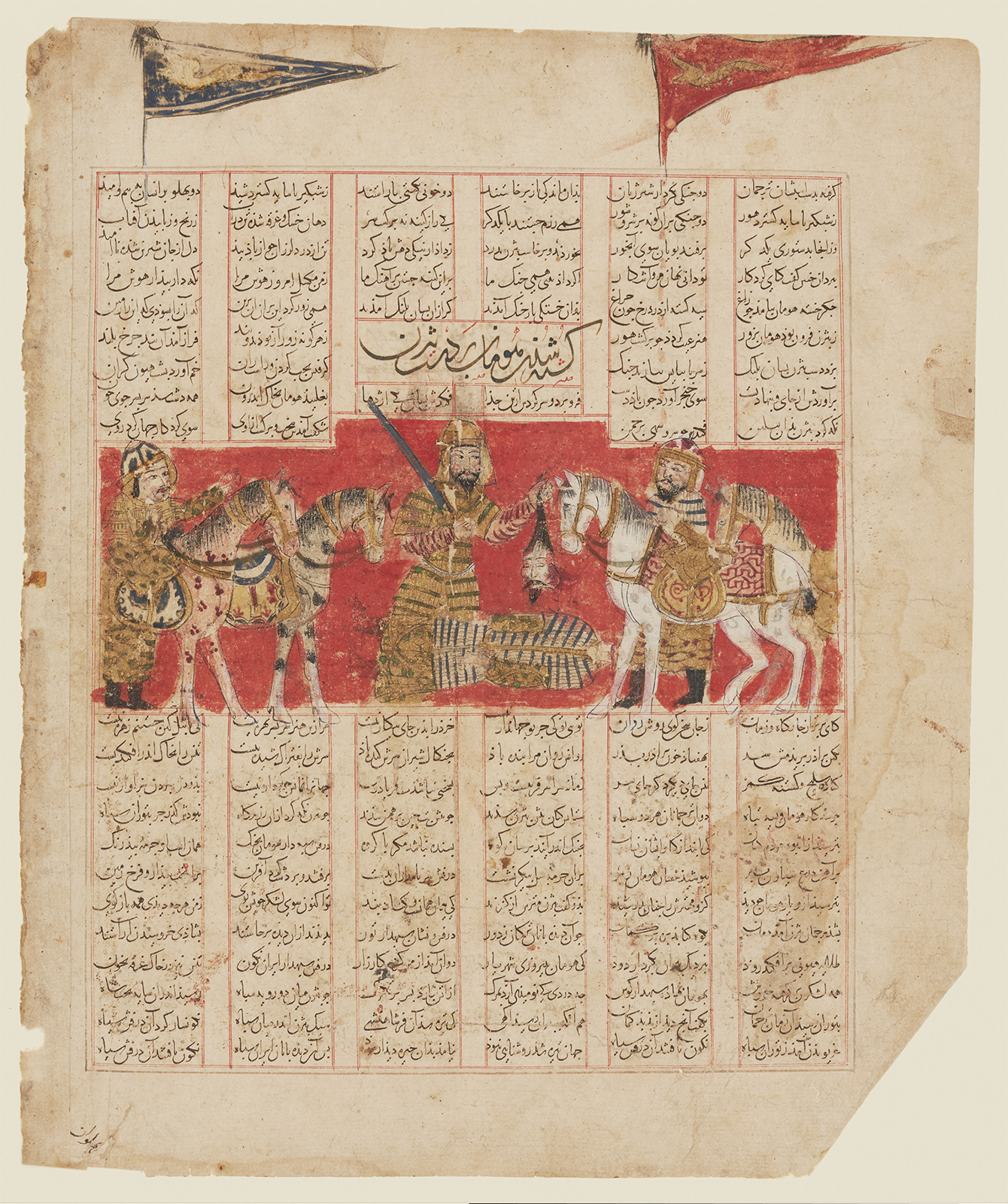 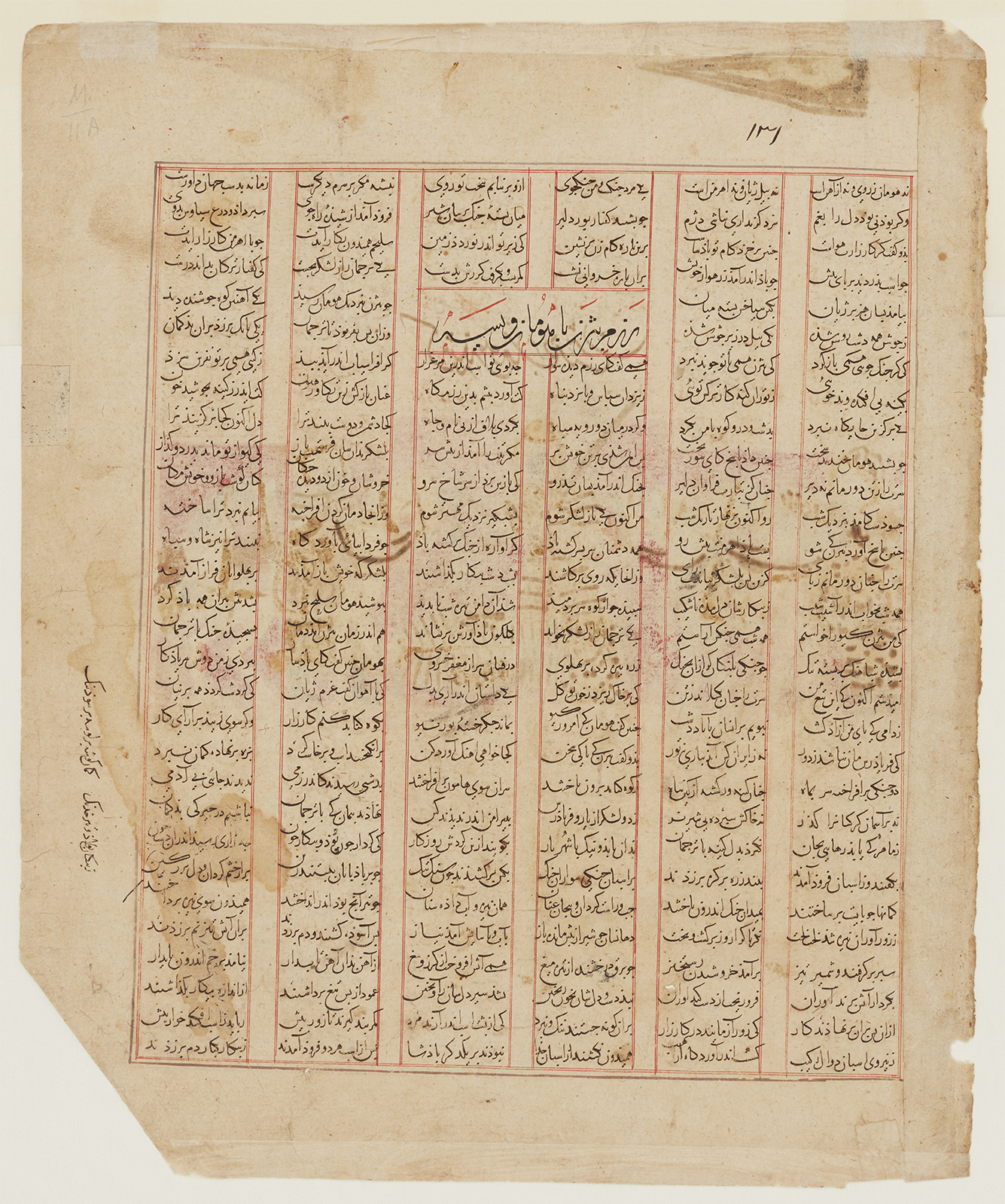 This illustration represents the bloody end to the combat between the youthful Bizhan and the fierce Turanian fighter Human. The heading above the illustration tells us the precise scene: “Human is slain by Bizhan’s hand.” Human’s body lies prone on the ground, while Bizhan stands above holding his enemy’s head, its crimson trail rendered in a shade slightly darker than that used in the background. Bizhan seems to have dispatched his foe with a sword, not the dagger that is specified in Firdausi’s poem. The sword now looks black, but it is likely oxidized silver. The black beards of Bizhan, Human, and another warrior standing on the right—in addition to the moustache and the hair locks of the warrior at the left—were either added or enhanced in a “refurbishment” of the 1341 manuscript. Such changes may have been made when the folios came onto the art market in the early 20th century.

Firdausi describes the battle between Bizhan and Human in vivid detail. After some name-calling and debate, the warriors choose a deserted spot to fight. Girding for the fray, they go after each other with every imaginable weapon—bow and arrows, spears, swords and shields, and maces—without either man gaining the upper hand. In desperation, they dismount and wrestle in two separate bouts. Finally, Bizhan is able to grasp Human by the neck, hold him down, and cut off his head with a dagger. After thanking God for this victory, Bizhan straps Human’s severed head onto his horse’s saddle and rides back in triumph to the Iranian forces.