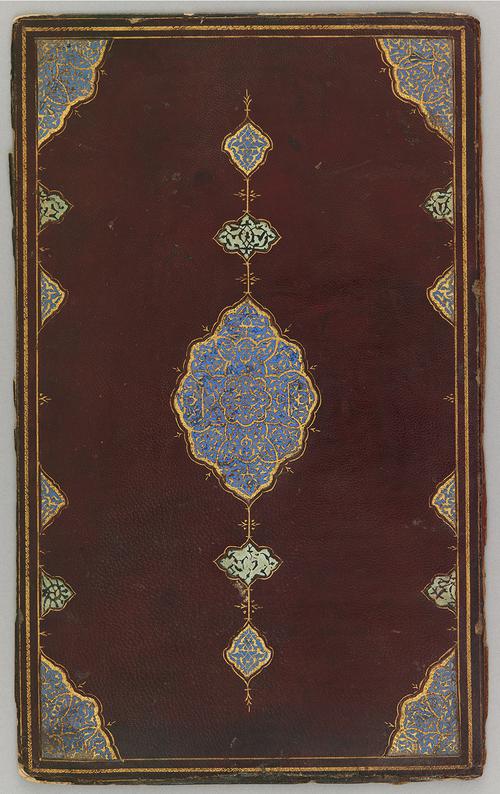 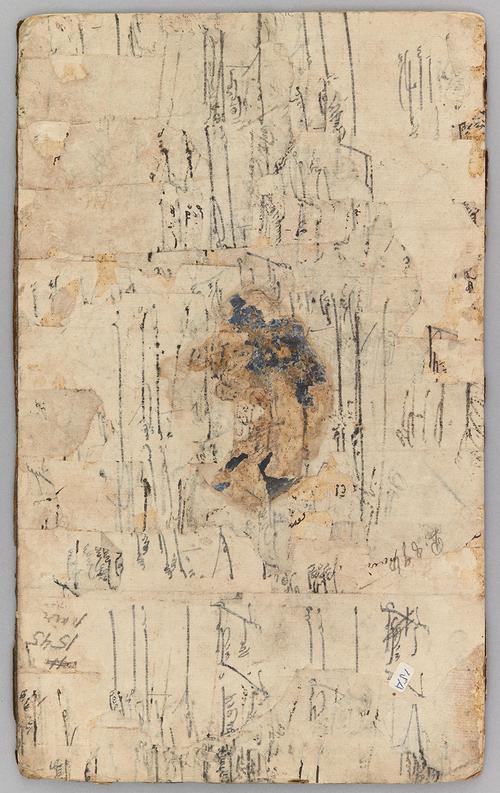 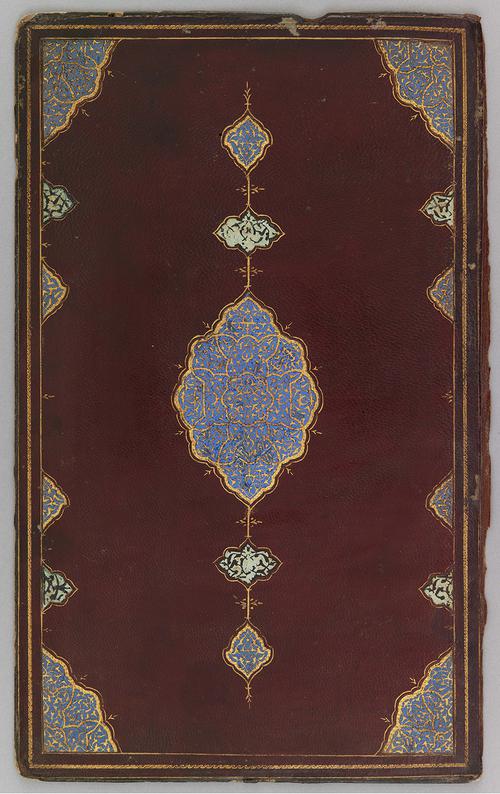 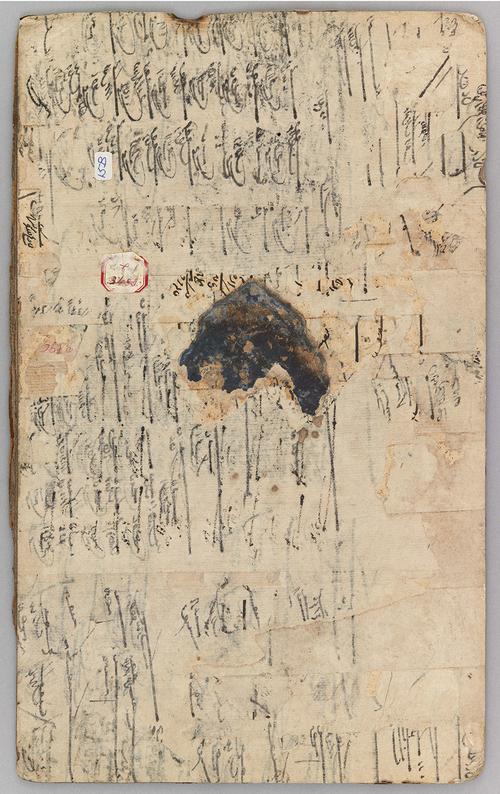 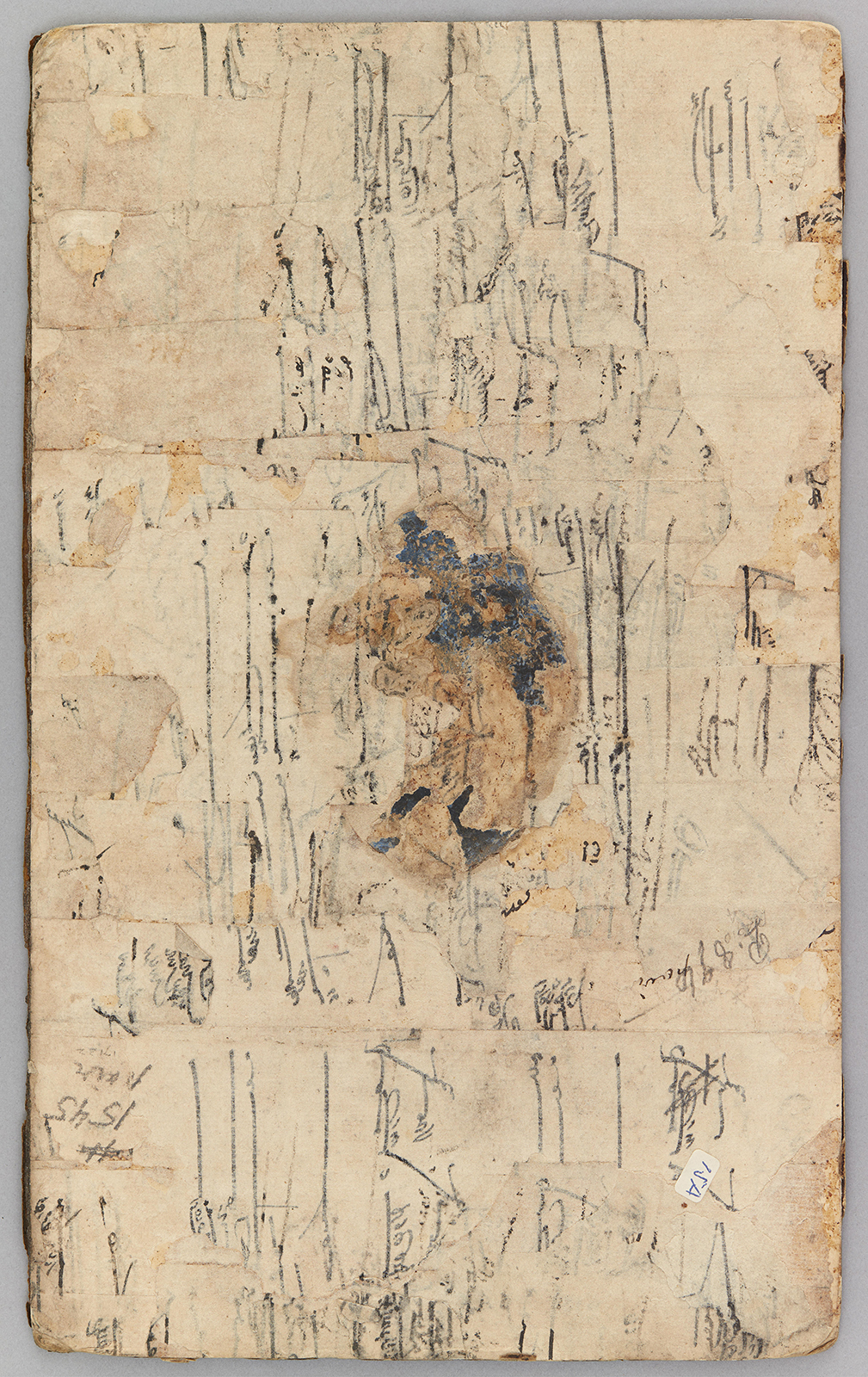 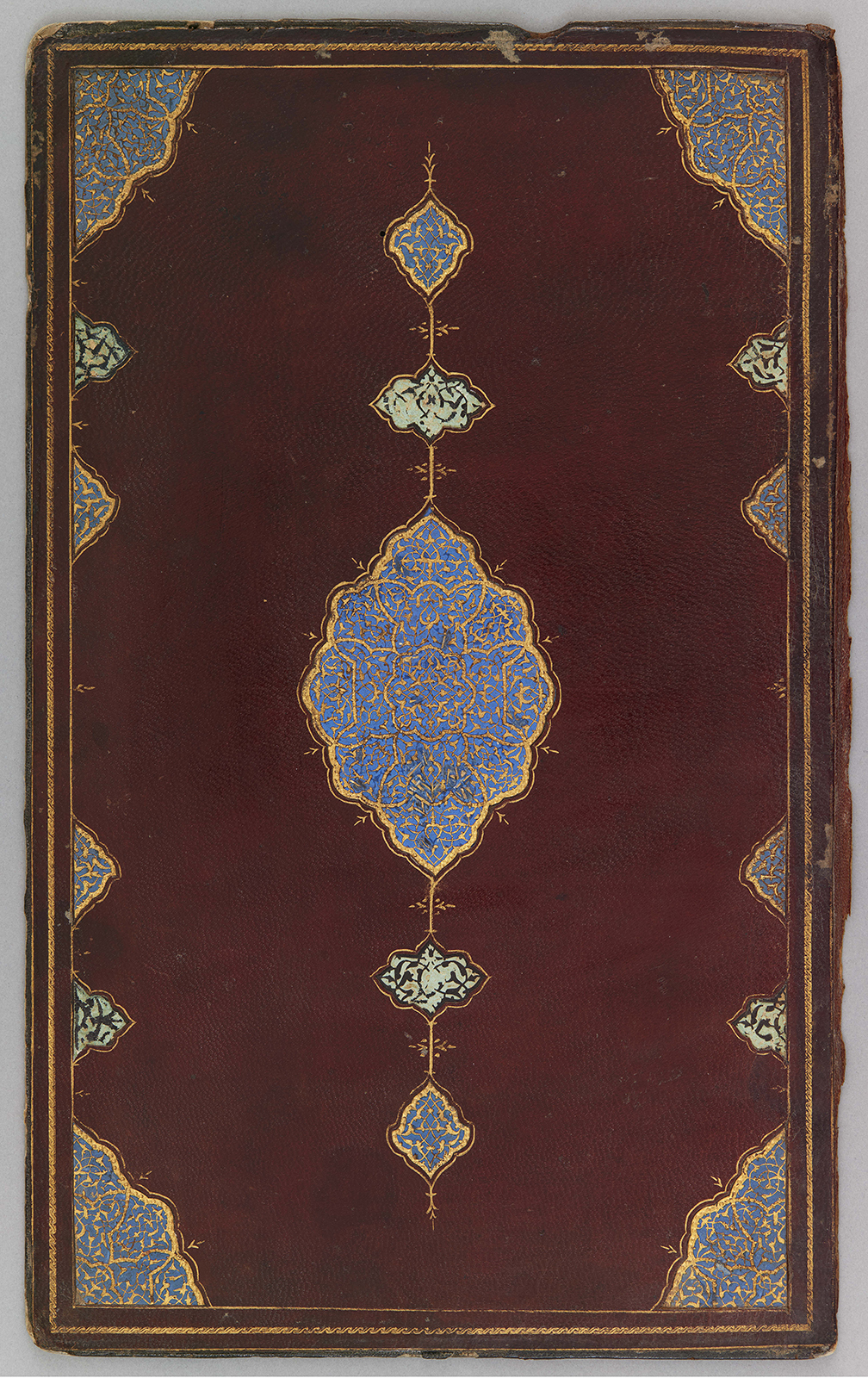 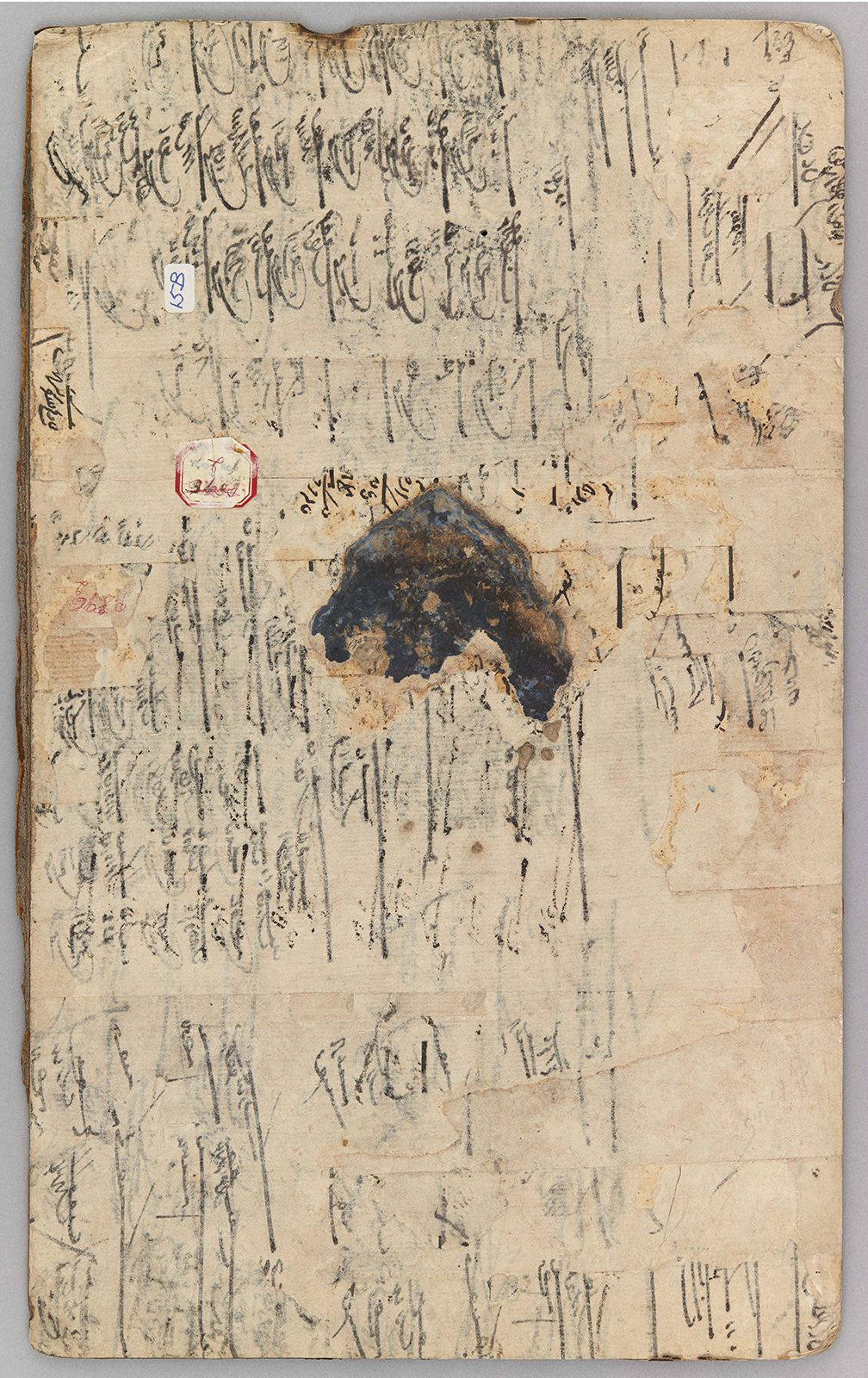 The light chestnut-coloured doublures are decorated with a vertically aligned oval medallion with pendants and cartouches, and cornerpieces with pendants and cartouches. Painted blue and green, the ground of these motifs is divided into compartments by gilded filigree bands. The compartments are in turn decorated with gilded leather filigree in various leaf-like scrollwork patterns (evoking the rumi motif). Bindings with similarly decorated doublures are found on books produced in late 15th-century Herat under Timurid rule or in early 16th-century Herat and Tabriz under the Safavids.[2]

Beneath these doublures can be seen pasteboard sheets that formed the skeleton of the binding. As traces of writing on these sheets reveal, the pasteboard was made from a pile of used sheets of paper squeezed in a press.[3] The original leather facing must have been peeled off the pasteboard skeleton and used elsewhere. The covers of bindings with doublures of this kind were decorated with landscapes featuring animal figures worked either in the lacquer technique or by stamping and tooling.[4]