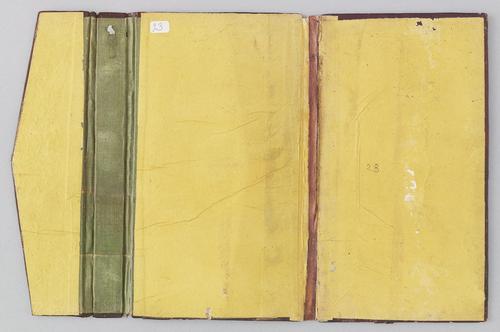 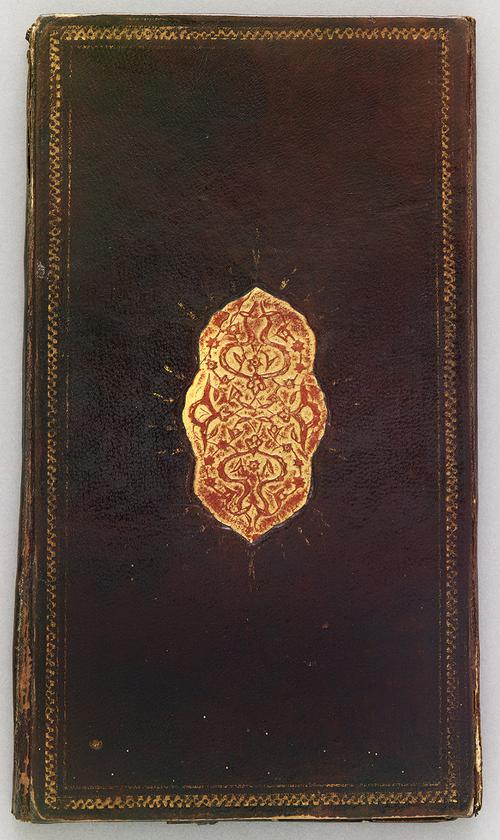 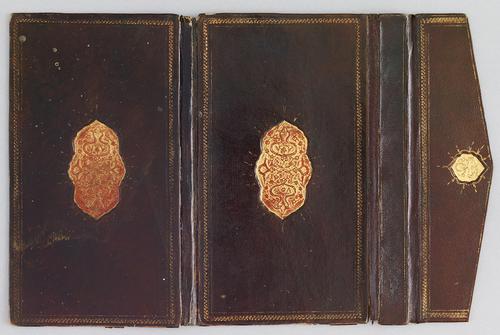 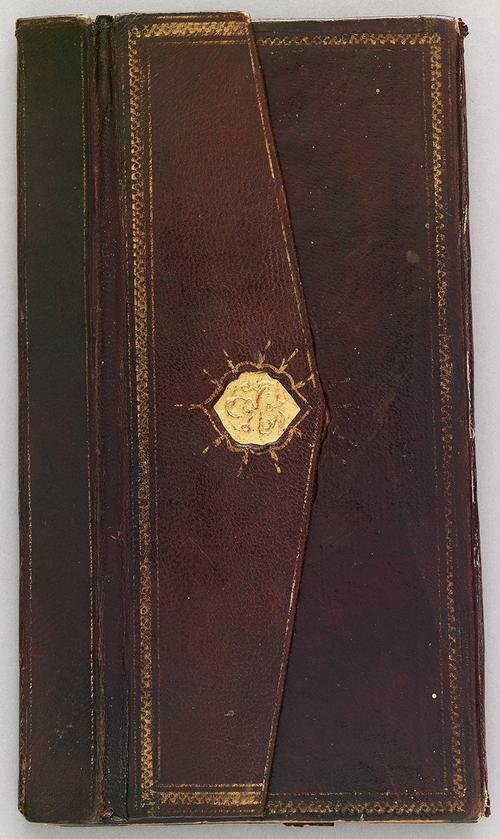 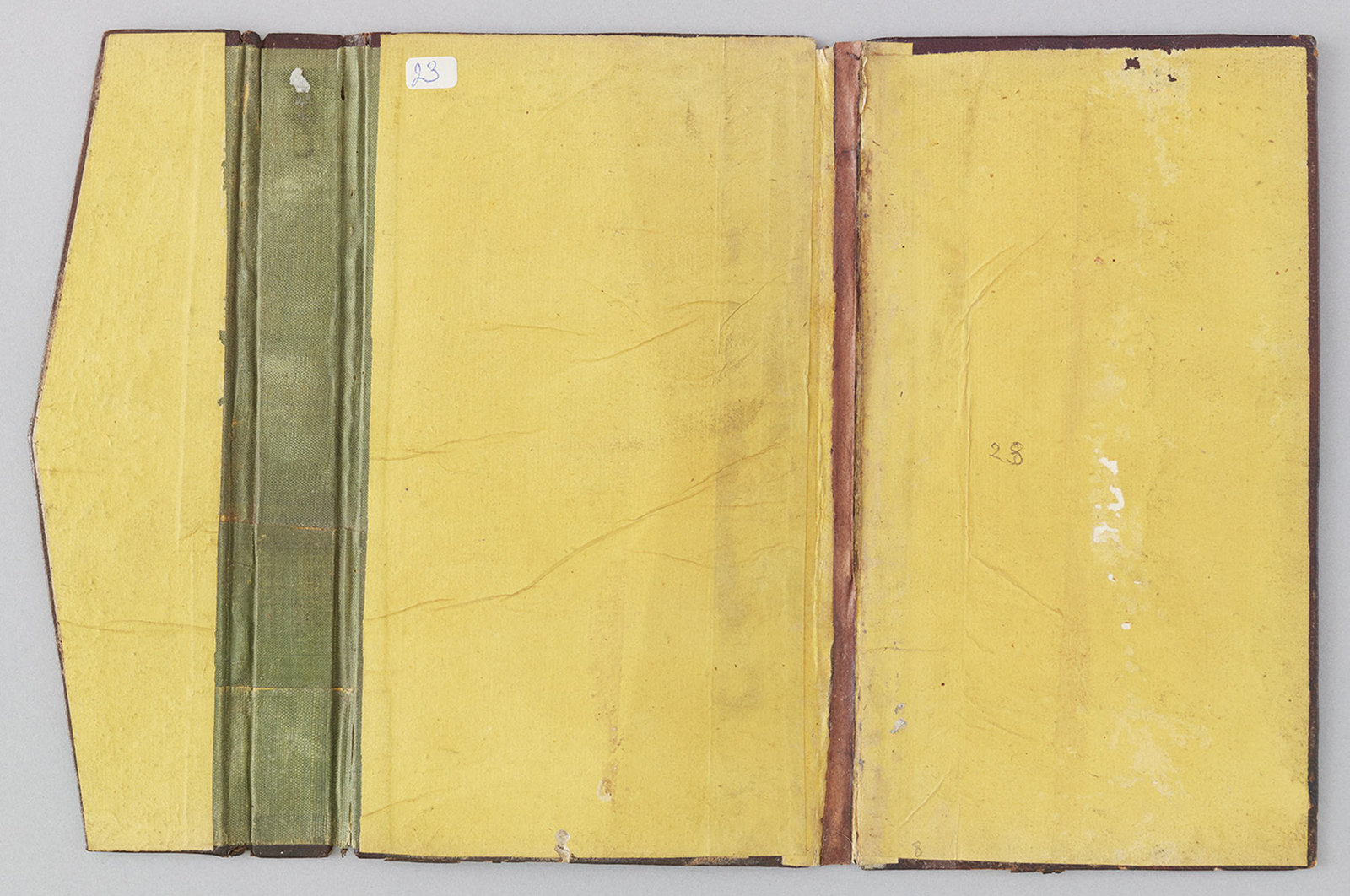 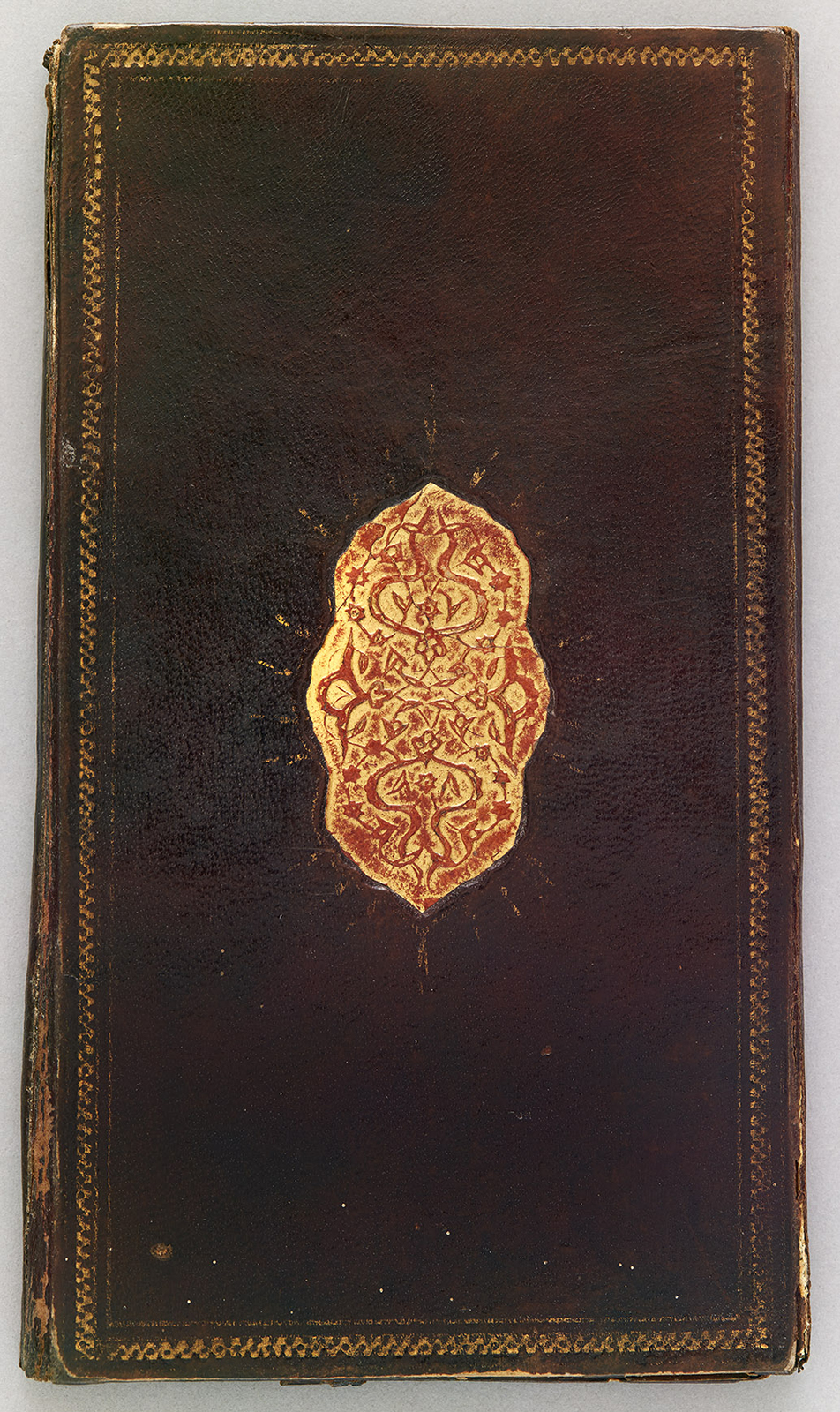 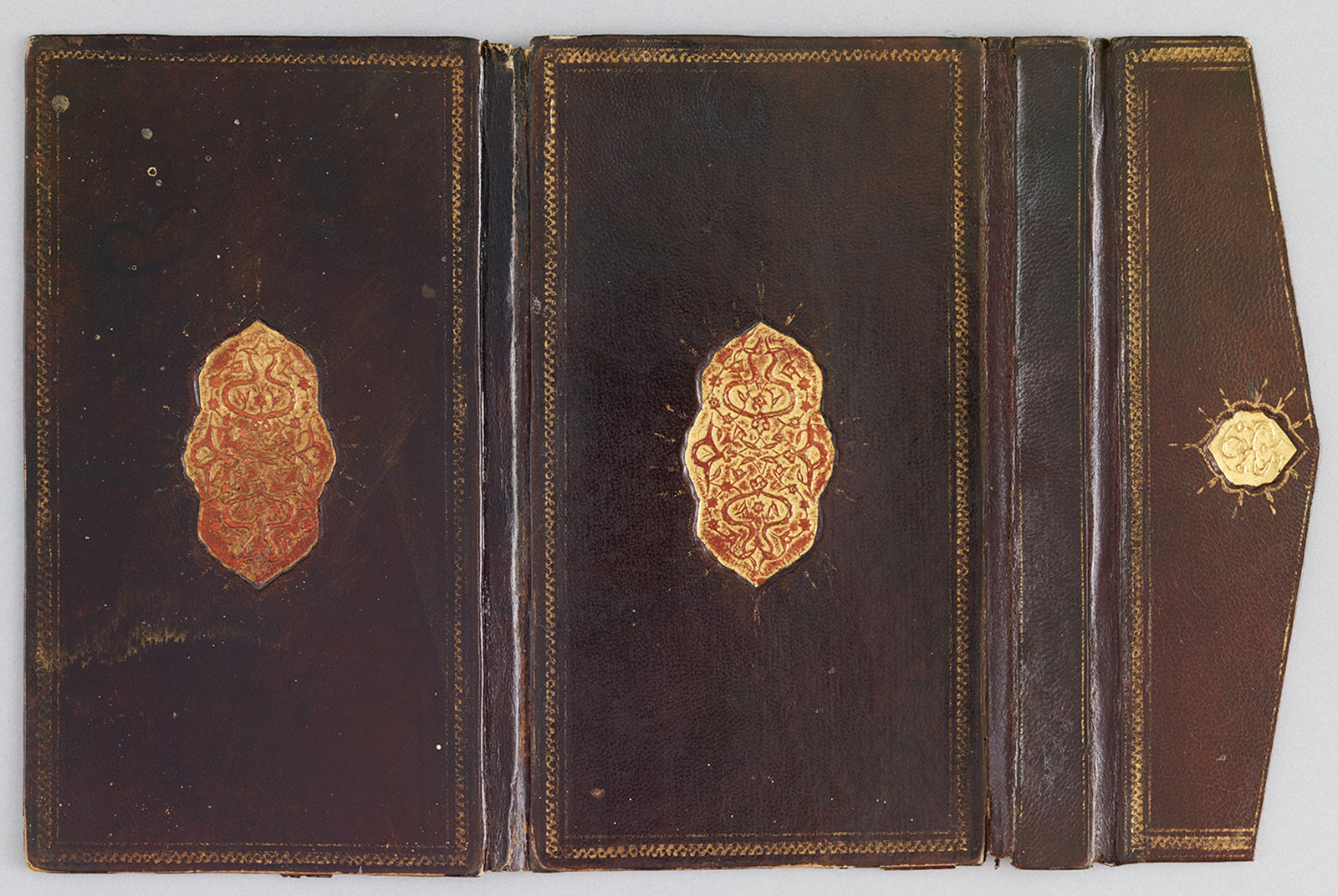 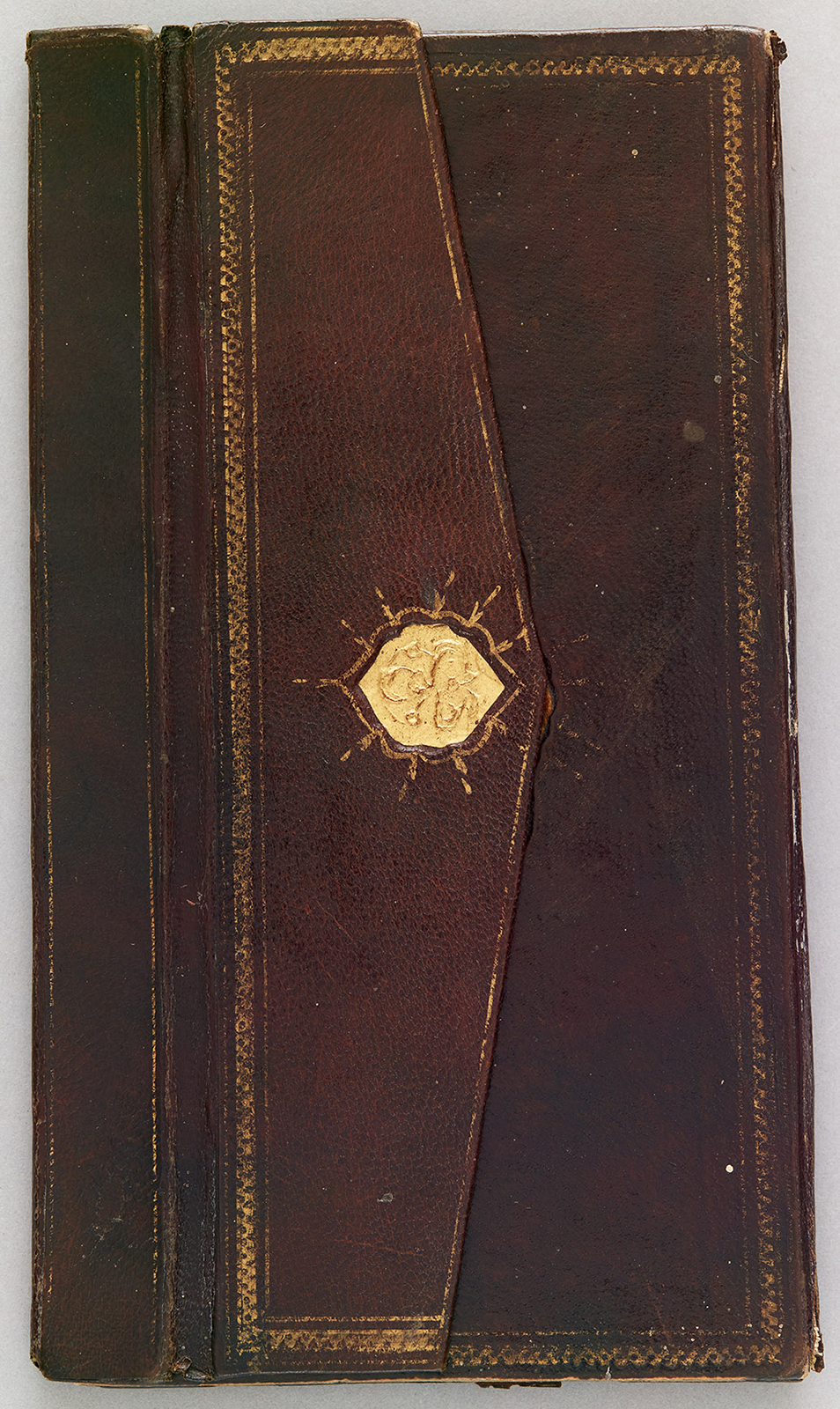 Binders who followed in the footsteps of Mehmed Çelebi elaborated on his design by adding borders, cartouches, and inscriptions to create beautiful, elegant, and monumental bindings.[4] Even today modern binders who continue to create traditional Turkish bindings still follow the style of Mehmed Çelebi.5 In no other country where Islamic bindings are produced has the decorative style of any binder proved so lasting.

The binding decoration of AKM992 is the work of a binder with little technical skill. At the centre of the chestnut-coloured leather outer covers is an oval medallion that bulges in the middle. It is filled with a two-tier design of leaves and flowers below and a cloud motif above. The design is stamped and gilded, but the gold on the relief motifs has worn away over time, and the leather which is revealed has turned red. On the flap is a small recessed medallion whose gilded decoration is unworn.

The doublures are faced with yellow paper and the fore-edge flap is lined with fabric, which gives flexibility to this moving part of the binding.