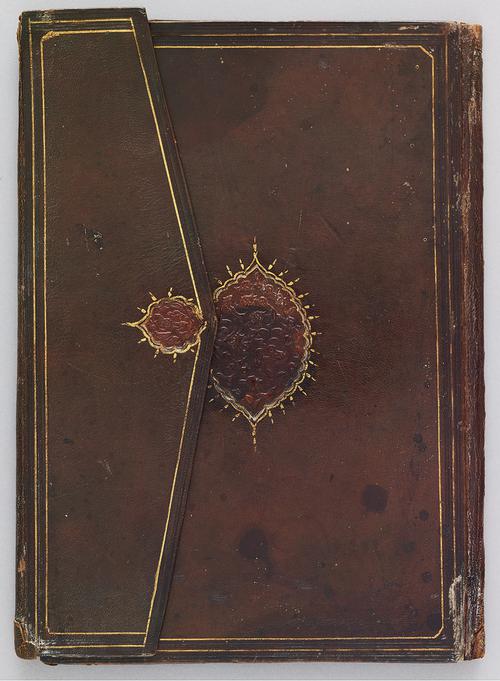 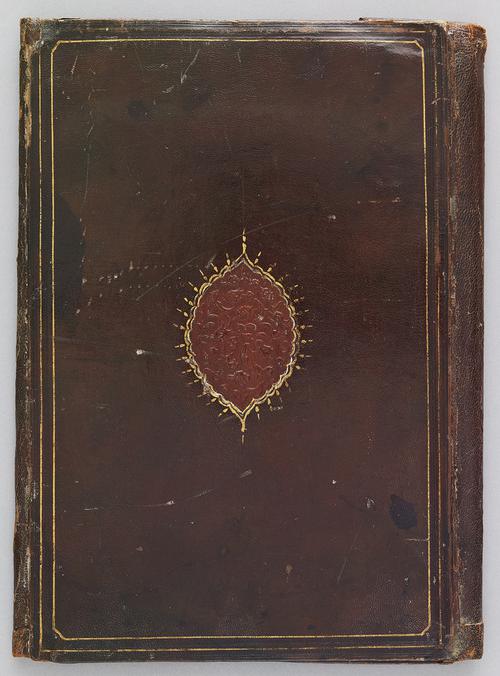 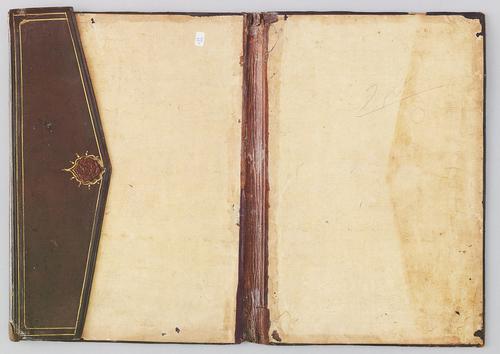 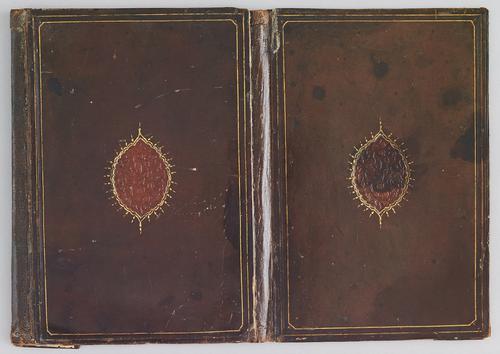 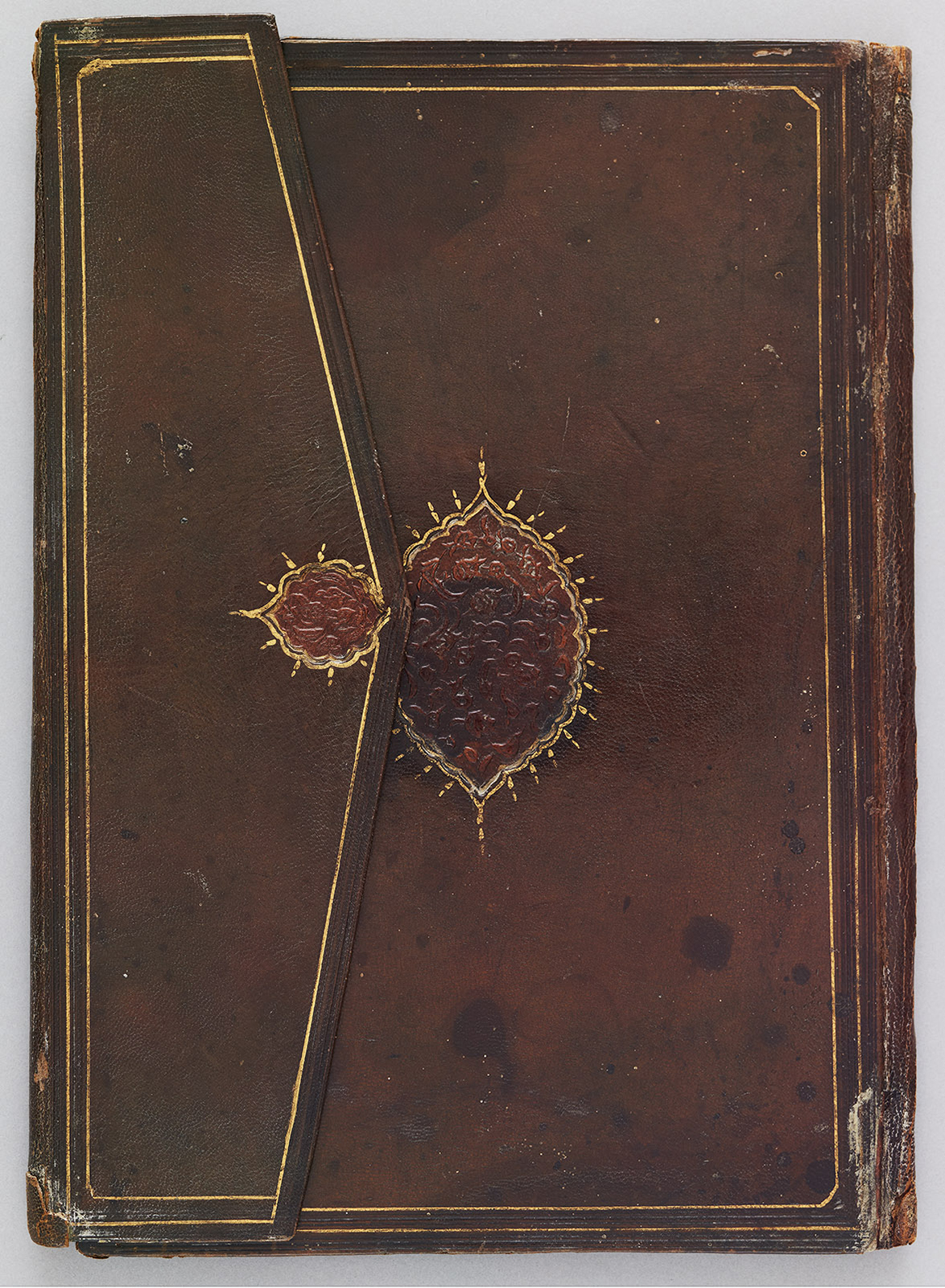 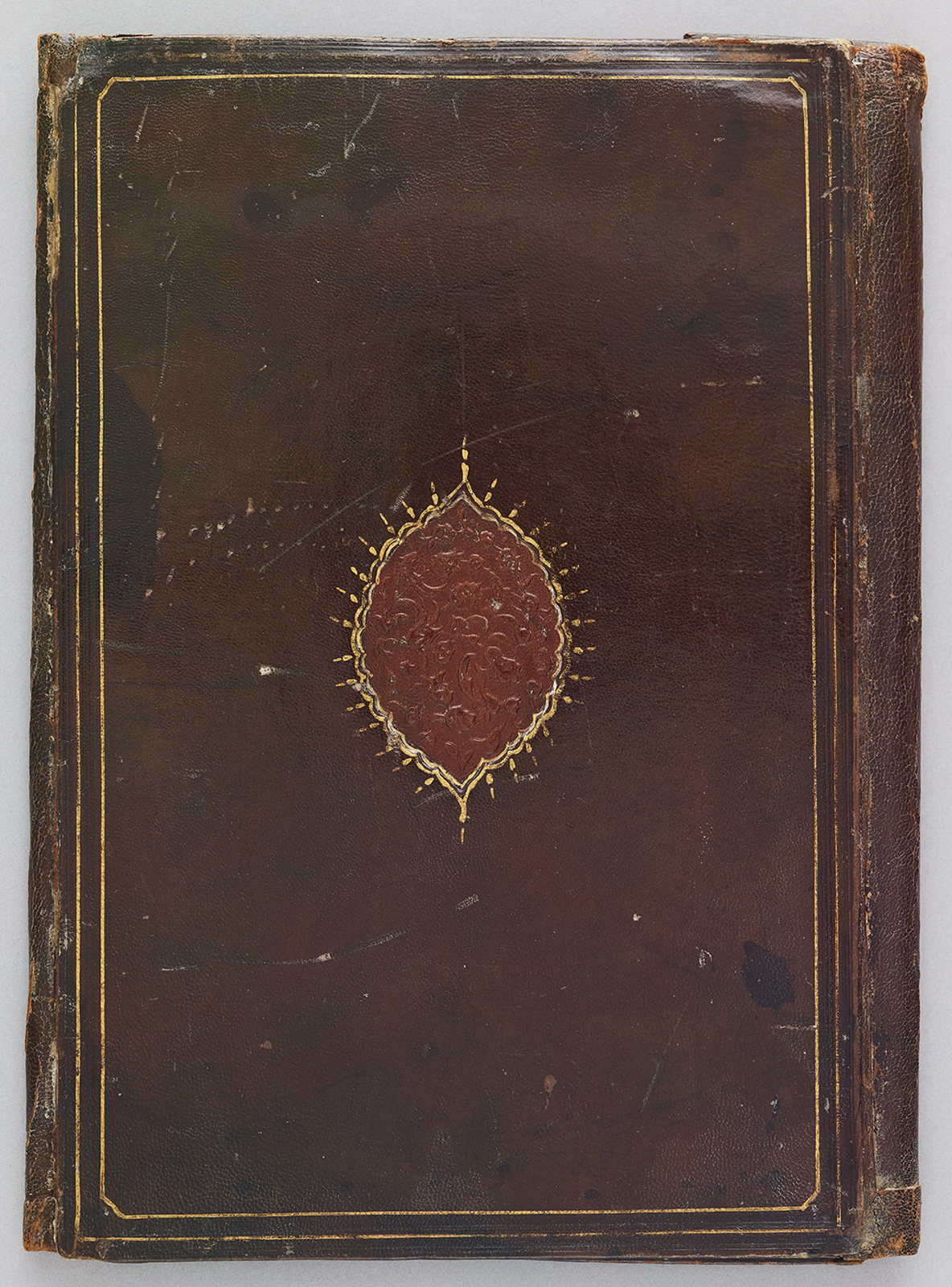 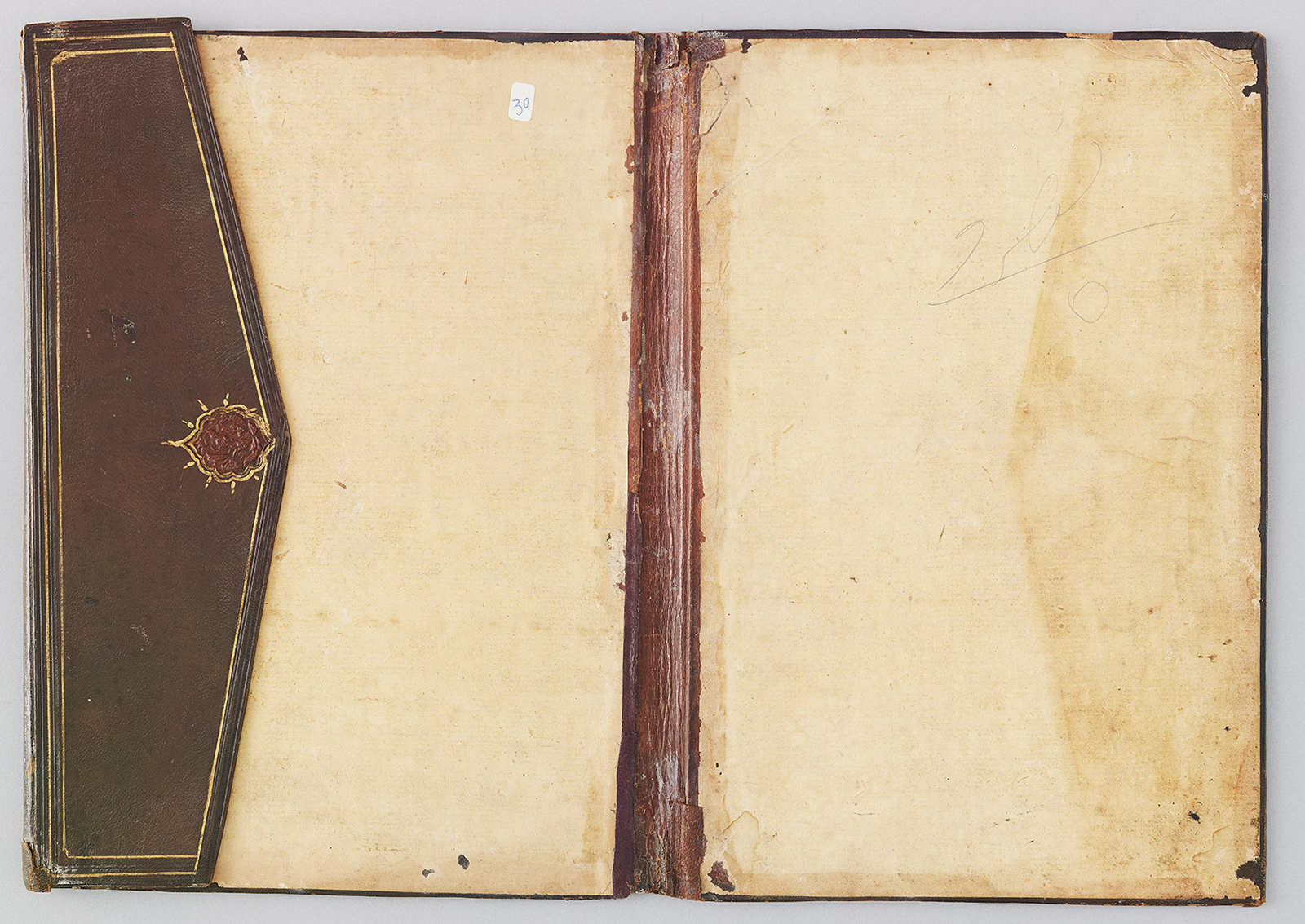 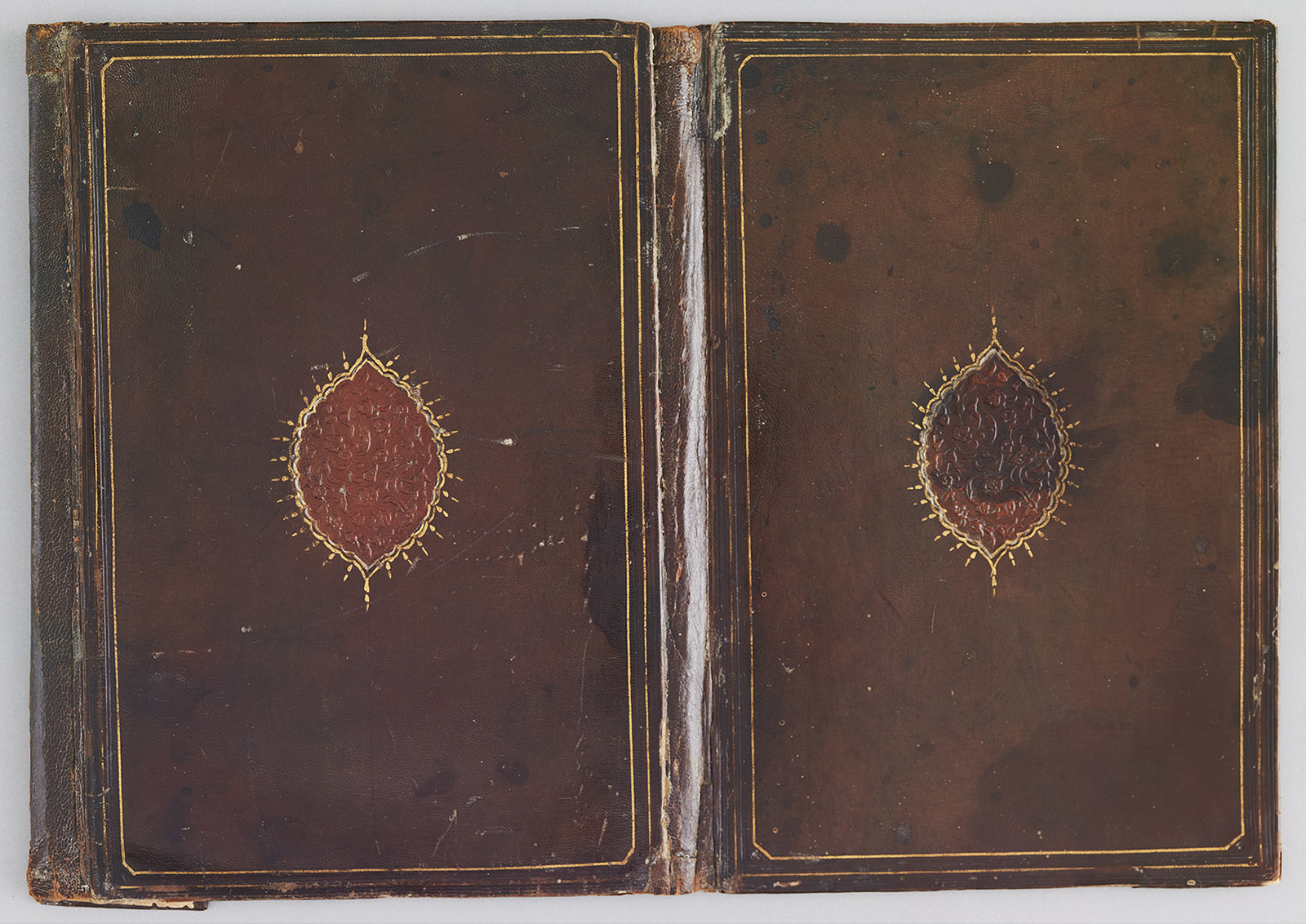 A relatively unskilled binder decorated the upper and lower outer covers of this chestnut-coloured leather binding with recessed oval medallion in the Aga Khan Museum Collection. A recessed circular medallion can be found on the flap. The medallions are decorated with a stamped design of flowers on curving branches.

The doublures are faced with paper.