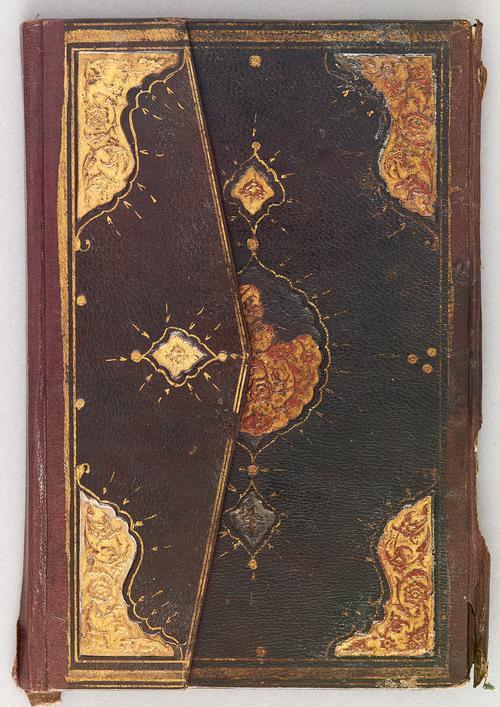 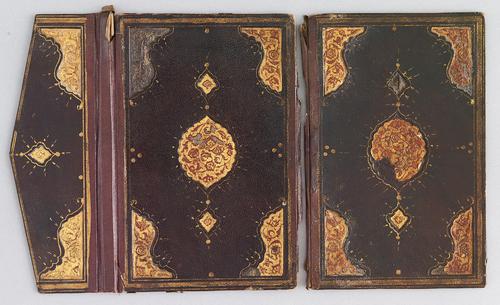 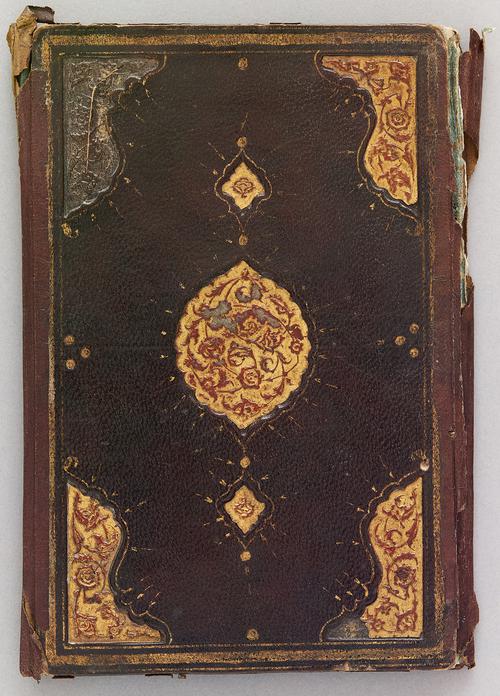 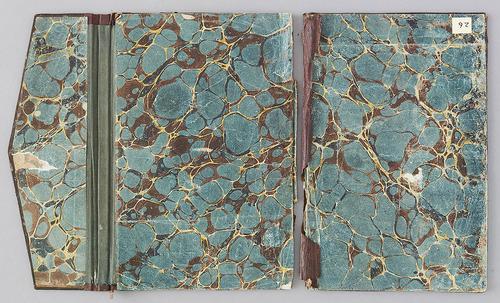 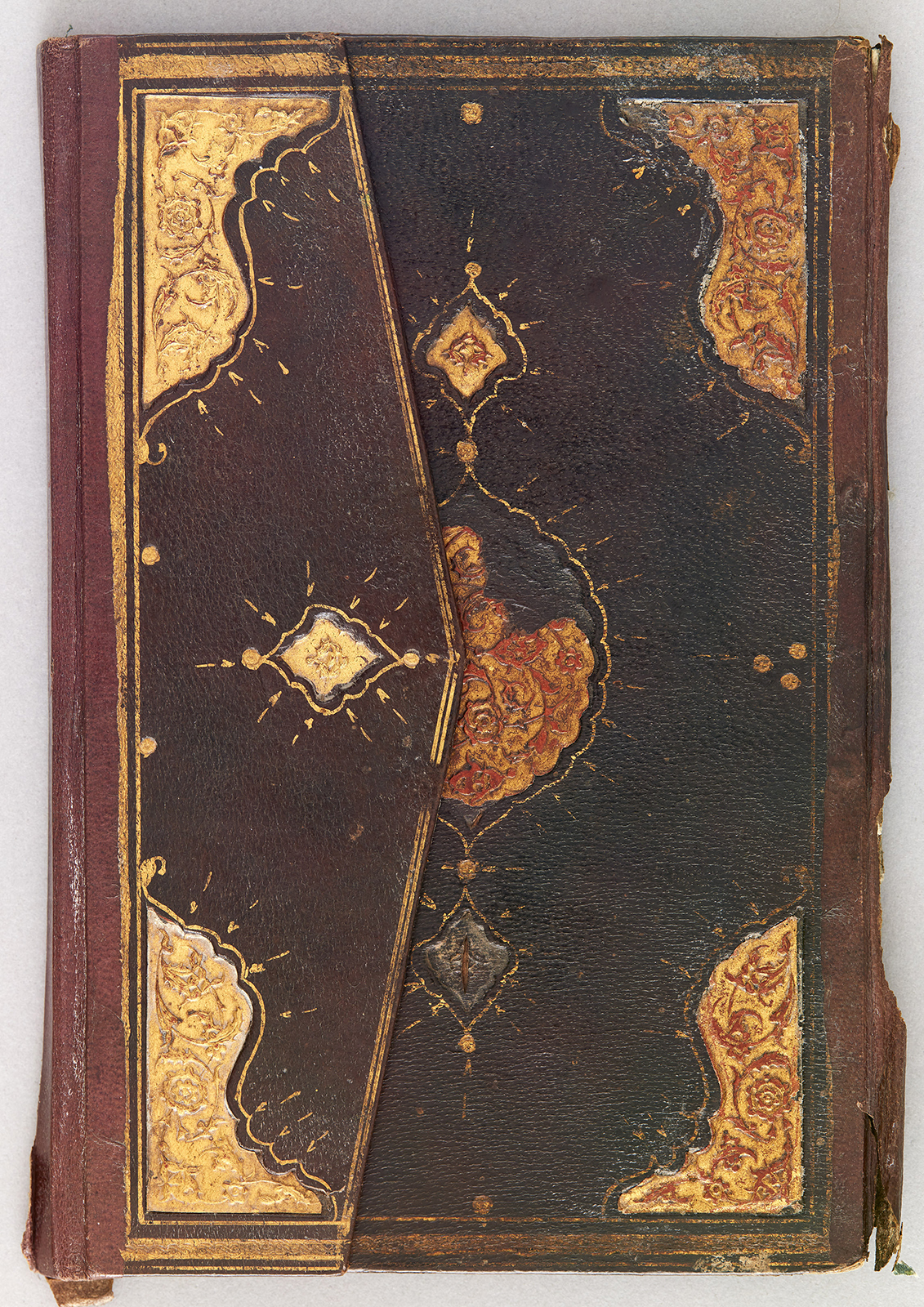 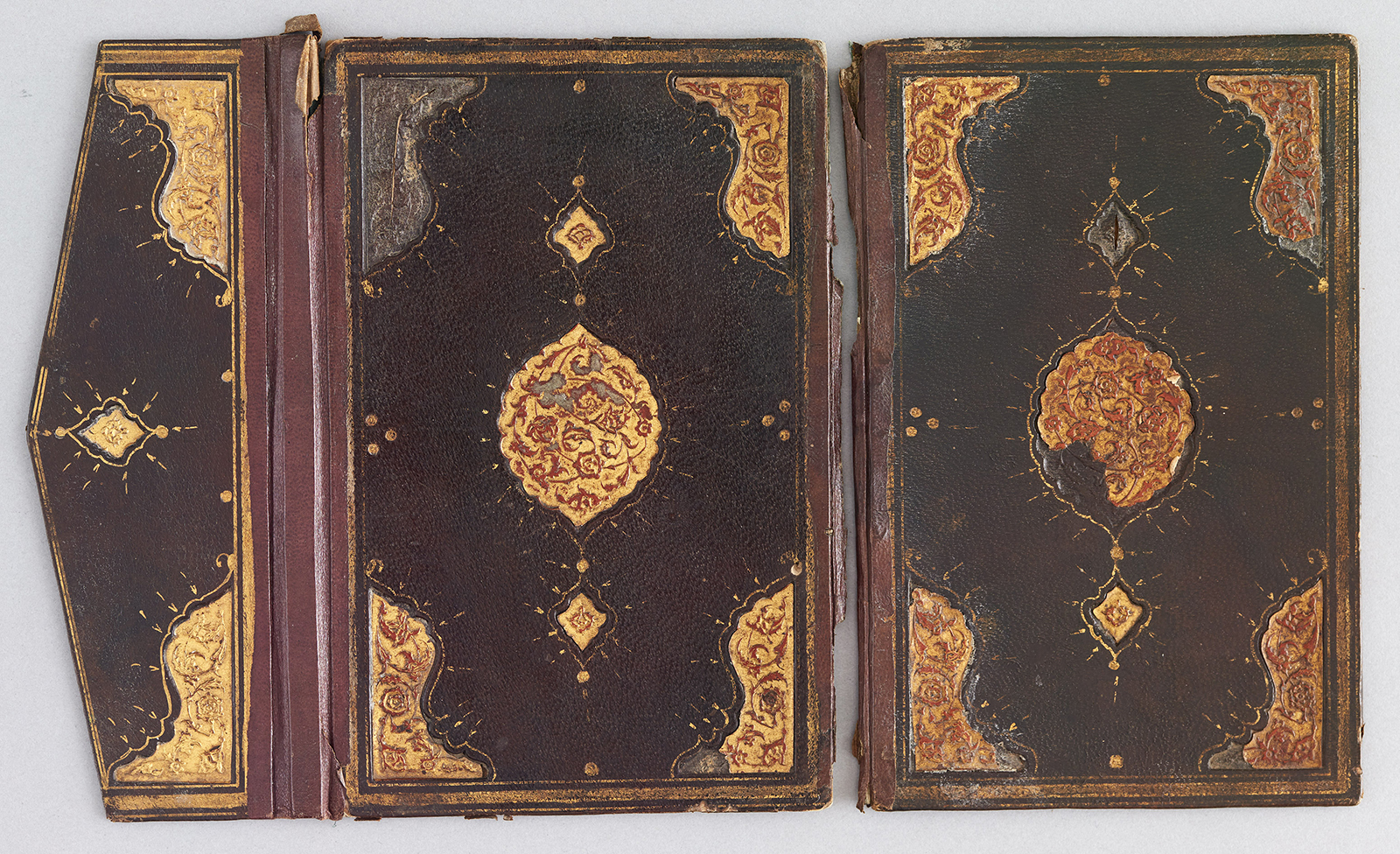 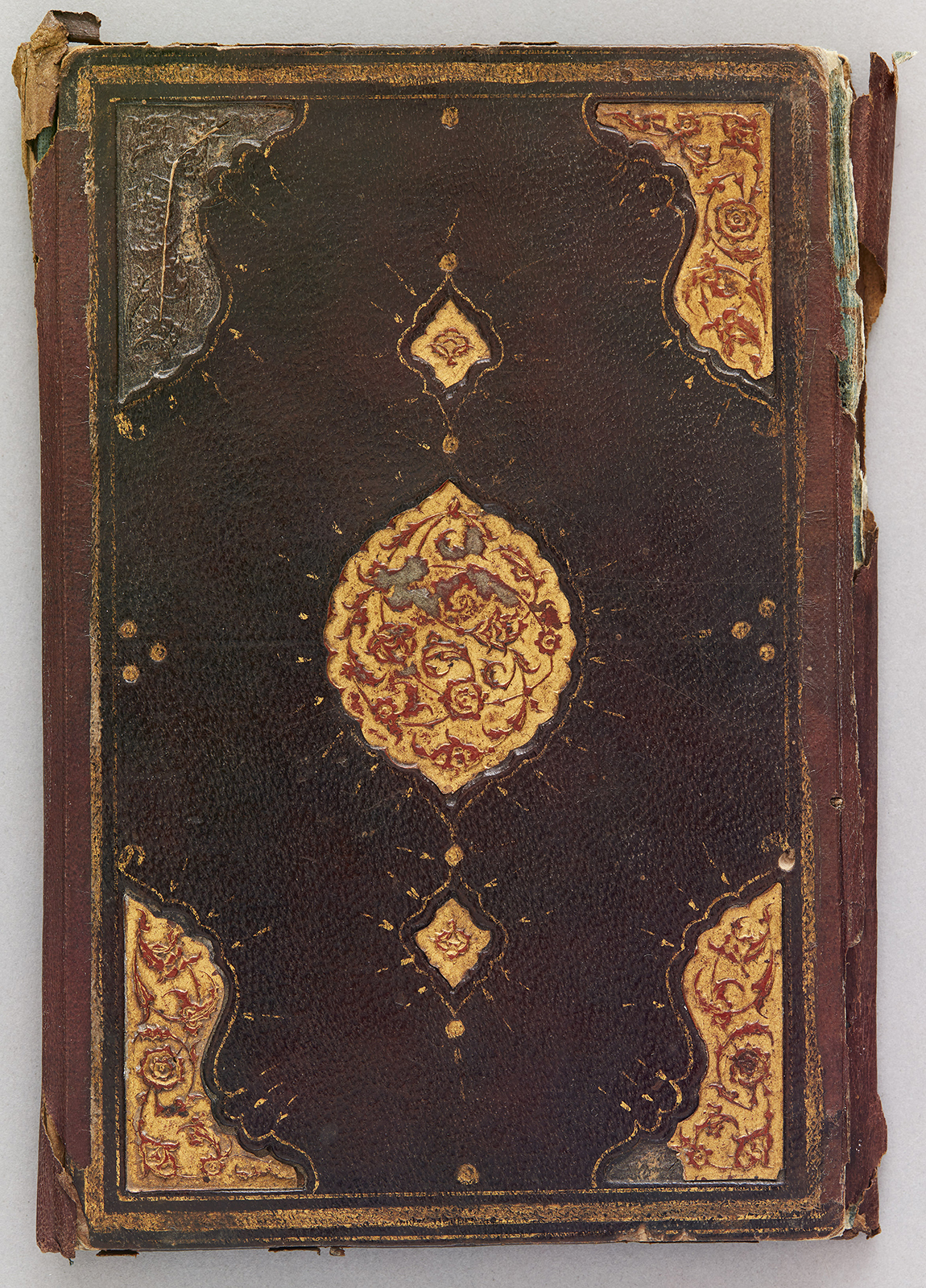 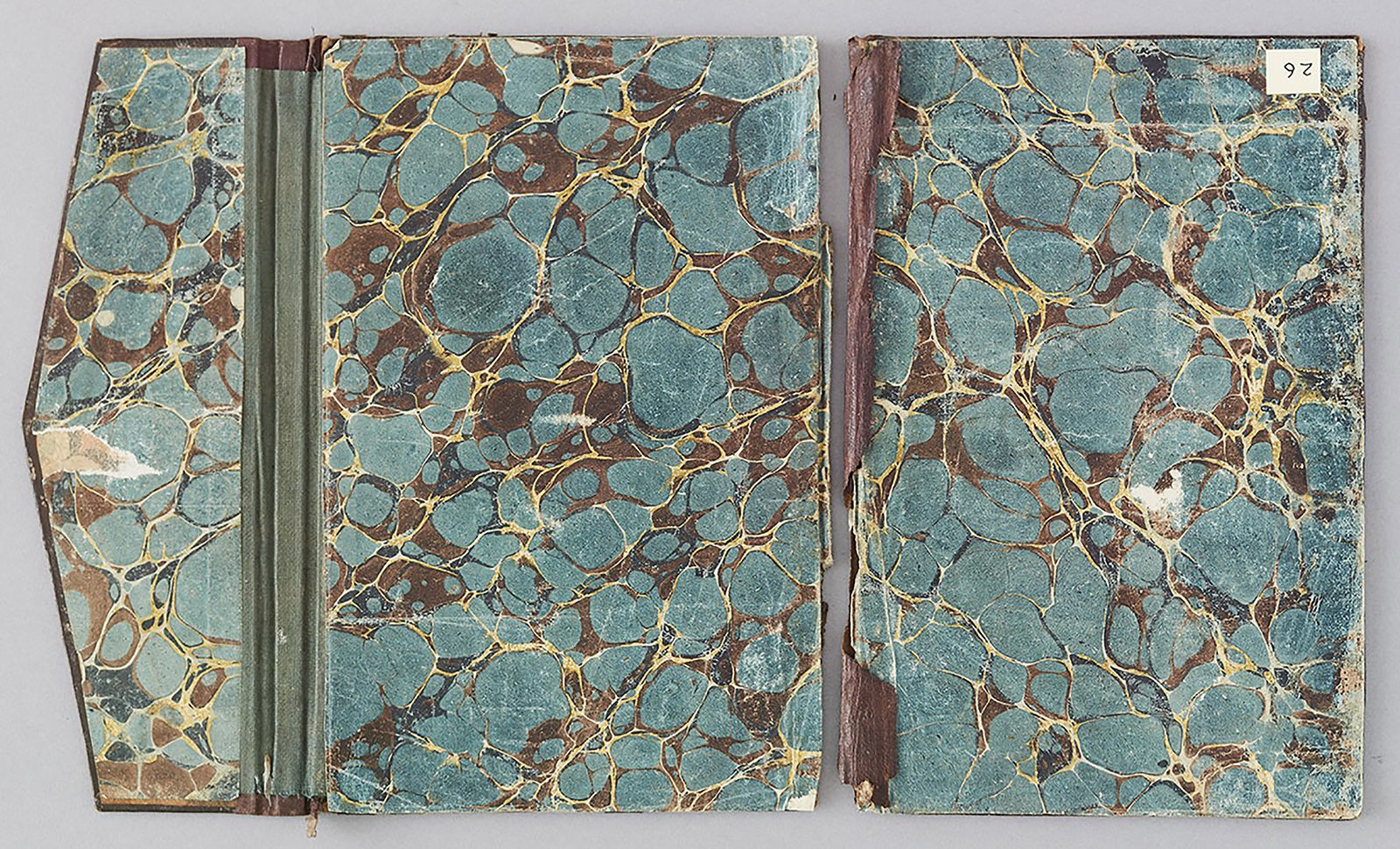 These chestnut-coloured leather outer covers in the Aga Khan Museum Collection are decorated with a composition of an oval medallion with pendants and cornerpieces. The recessed motifs are filled with stamped high relief designs in the style of the binder Mehmed Çelebi, consisting of lanceolate leaves and stylized composite flowers on curving branches. As the gilded decoration inside the cartouche and cornerpieces on the flap indicate, the gilding on the medallions and cornerpieces on the covers has worn away, but the gold has turned the colour of the leather red. The gold dots and short lines on the binding are tooled. The binding is not the work of a master binder.

The doublures are faced with marbled paper in 18th-century style. The fore-edge flap, which is the moving section of the binding, is lined with green fabric, as in the case of AKM992.