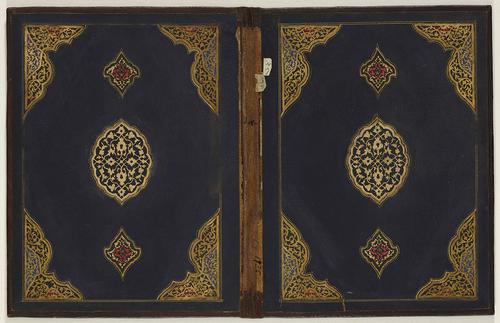 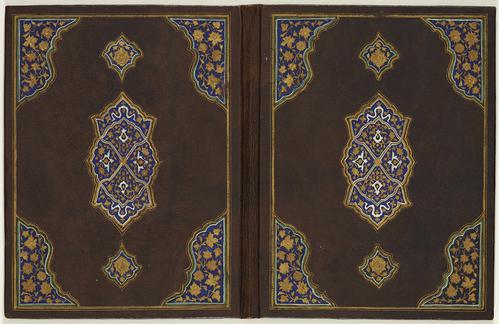 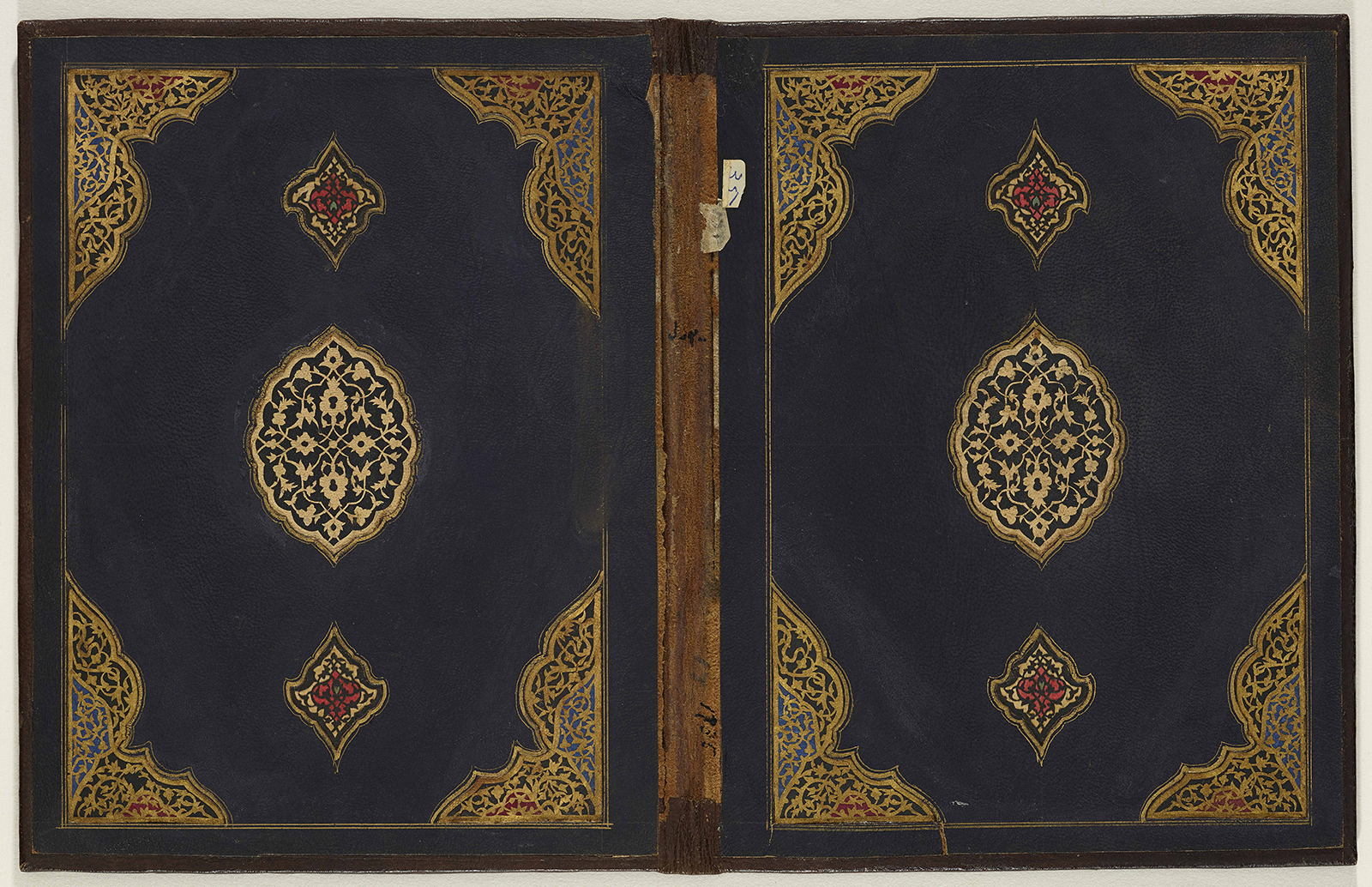 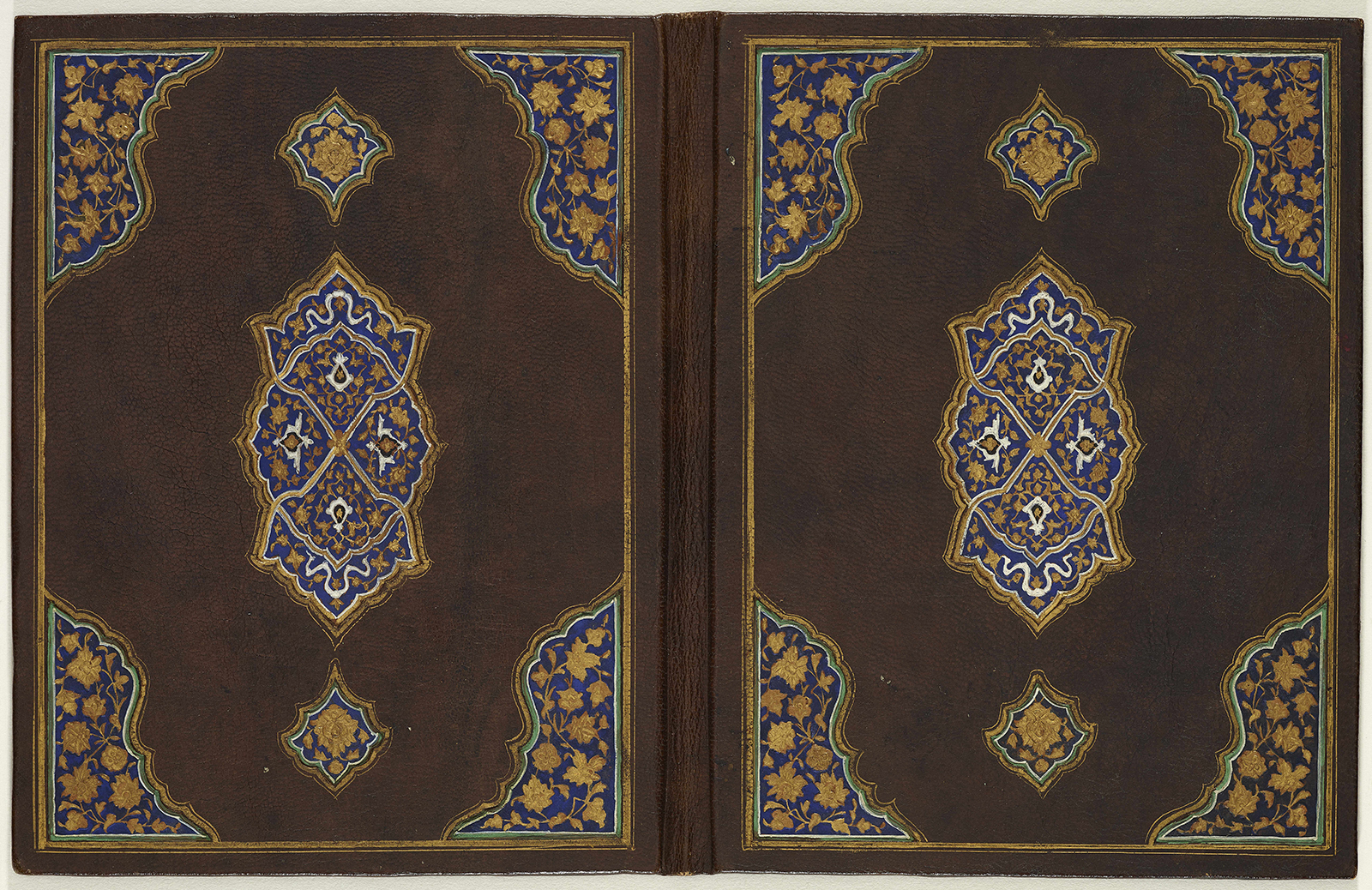 This binding shares with AKM388 and AKM387 a probable origin in the Khurasan region of Iran during the Safavid period (1501–1722), likely the second half of the 16th century.

This binding is unique for two reasons. First, central compositions are rarely used on outer covers of Islamic bindings. Second, using colourful designs on outer covers—that is, painting the groud or motifs in colours other than gold—is also rare, since those areas were most vulnerable to wear and tear. The use of such colourful designs on leather covers is found principally on bindings produced in Safavid Iran during the 16th century.[2]