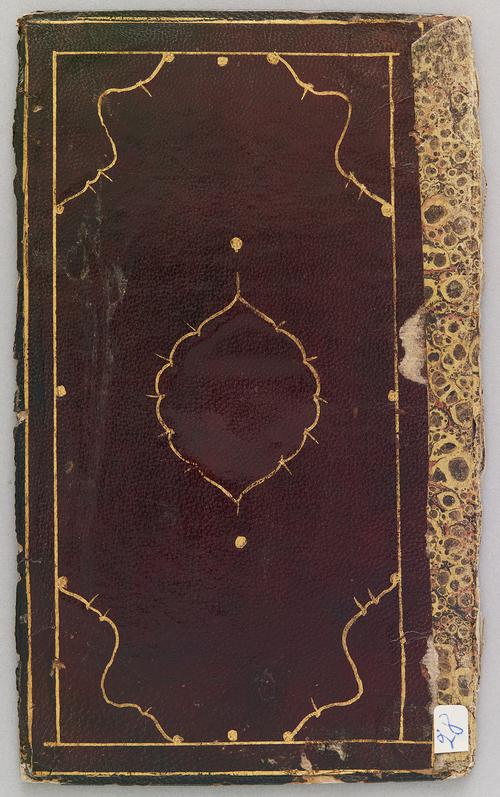 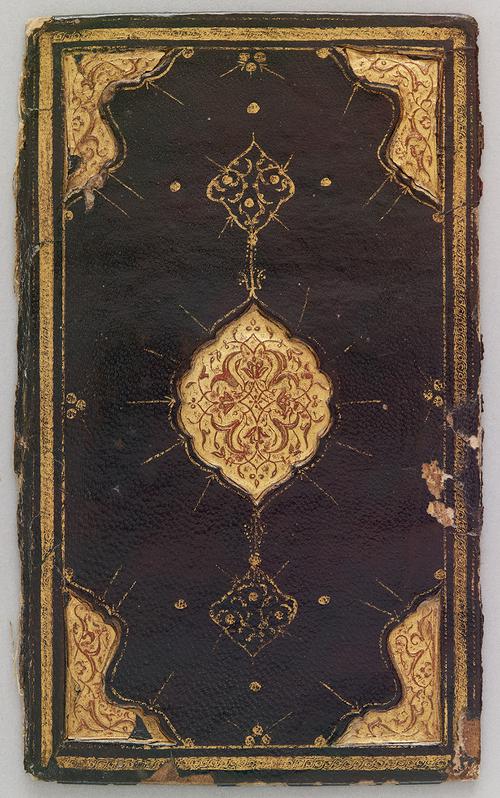 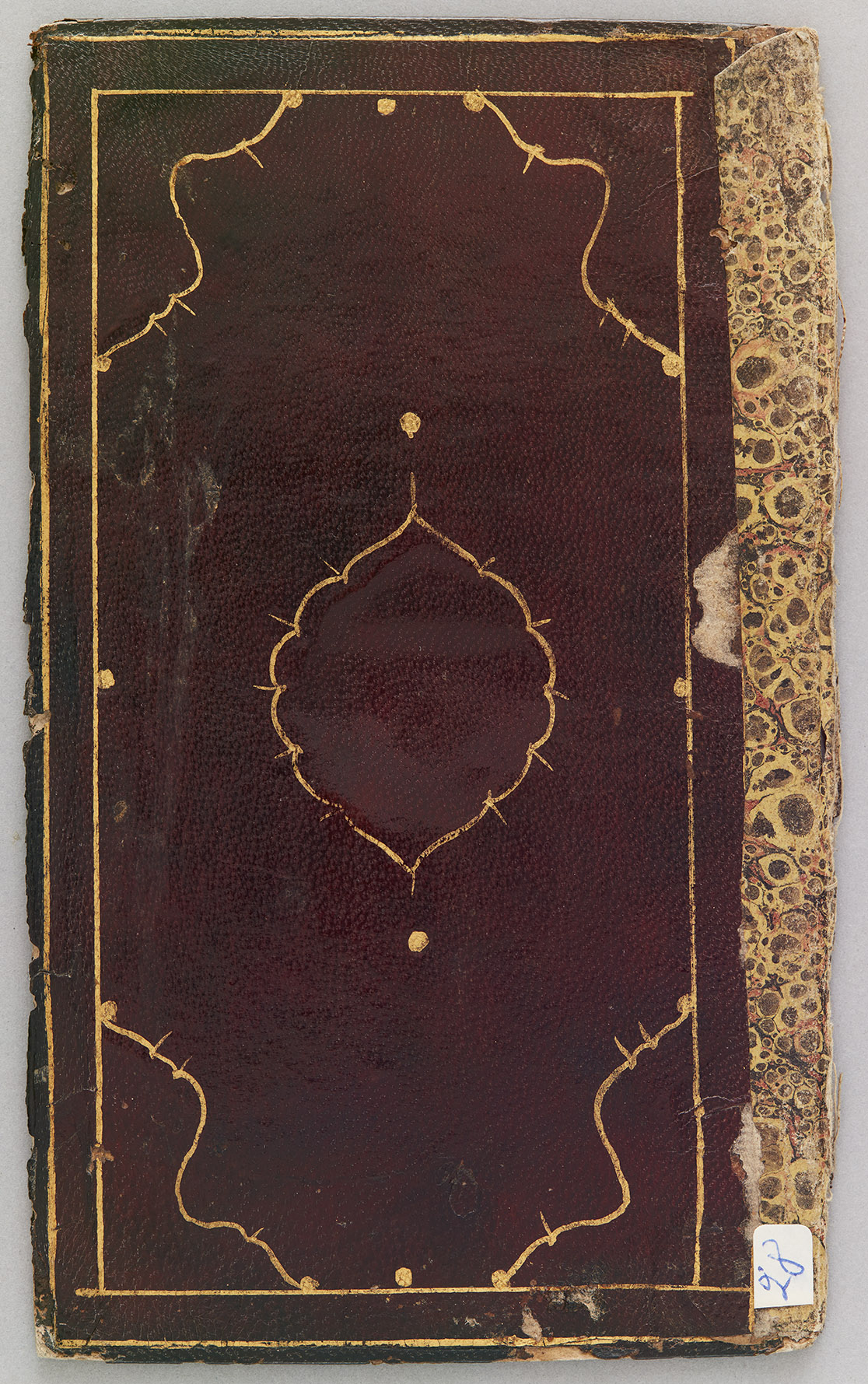 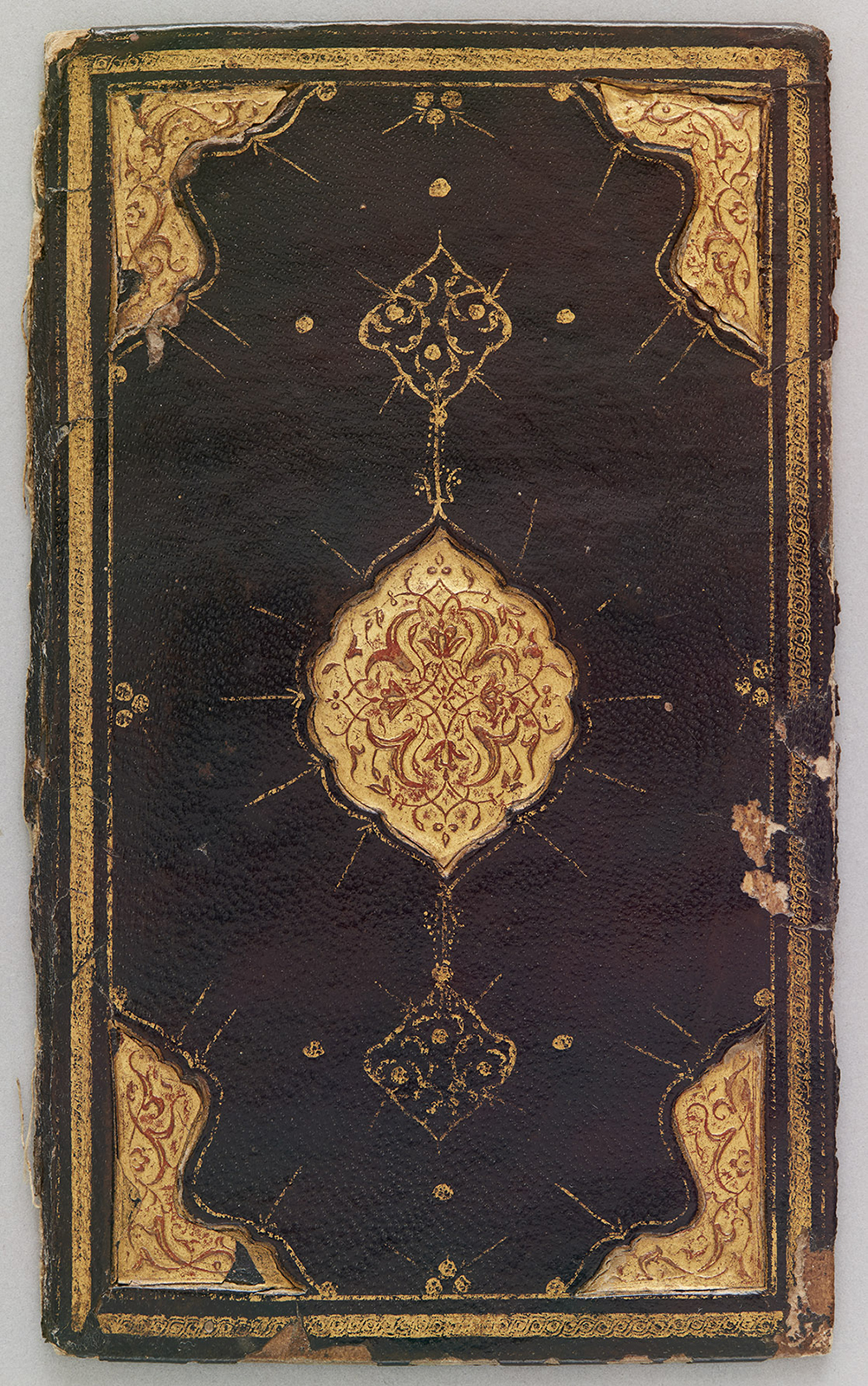 A binder with little skill created this binding, of which only one outer cover (either upper or lower) and its doublure are currently in the Aga Khan Museum Collection. The cover is of chestnut-coloured leather decorated with a recessed central medallion that bears a stamped design of alternating flowers and leaf-like (rumi) motifs. The cornerpieces are decorated with leaves and flowers on branches. These designs are entirely gilded. The pendants of the central medallion have been drawn with gold paint using a brush.

The doublure is faced with light chestnut-coloured leather decorated with a central medallion and cornerpieces drawn in gold with a brush. Marbled paper has been pasted down on one edge of the doublure.