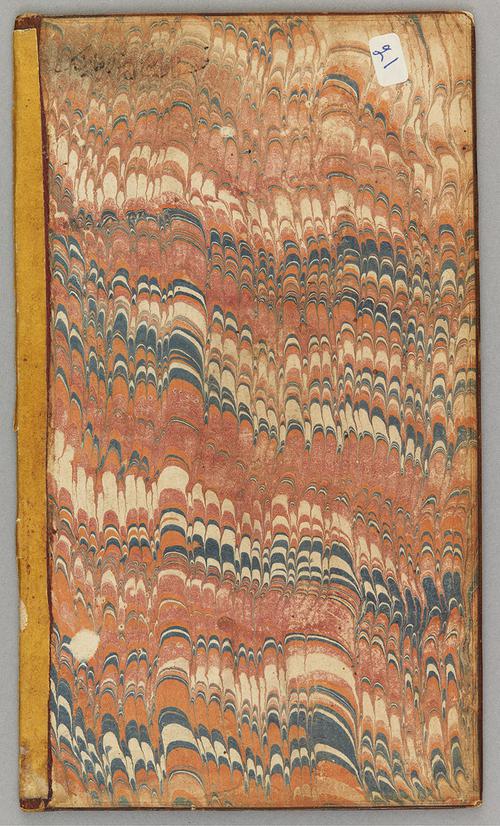 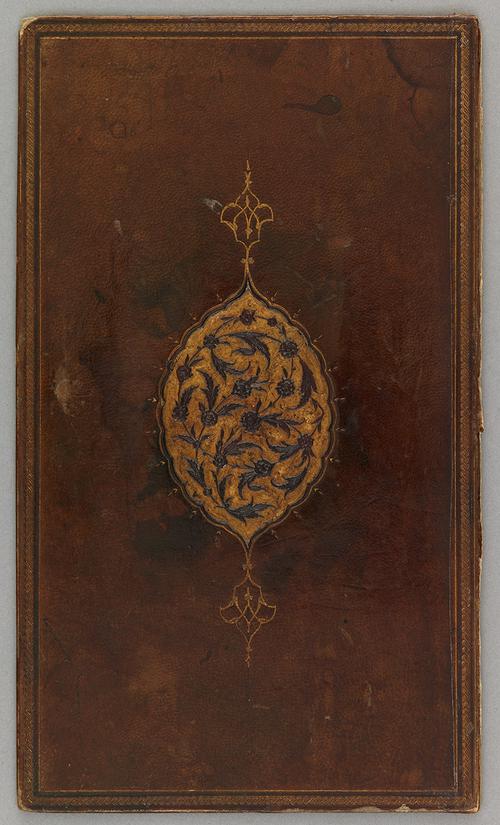 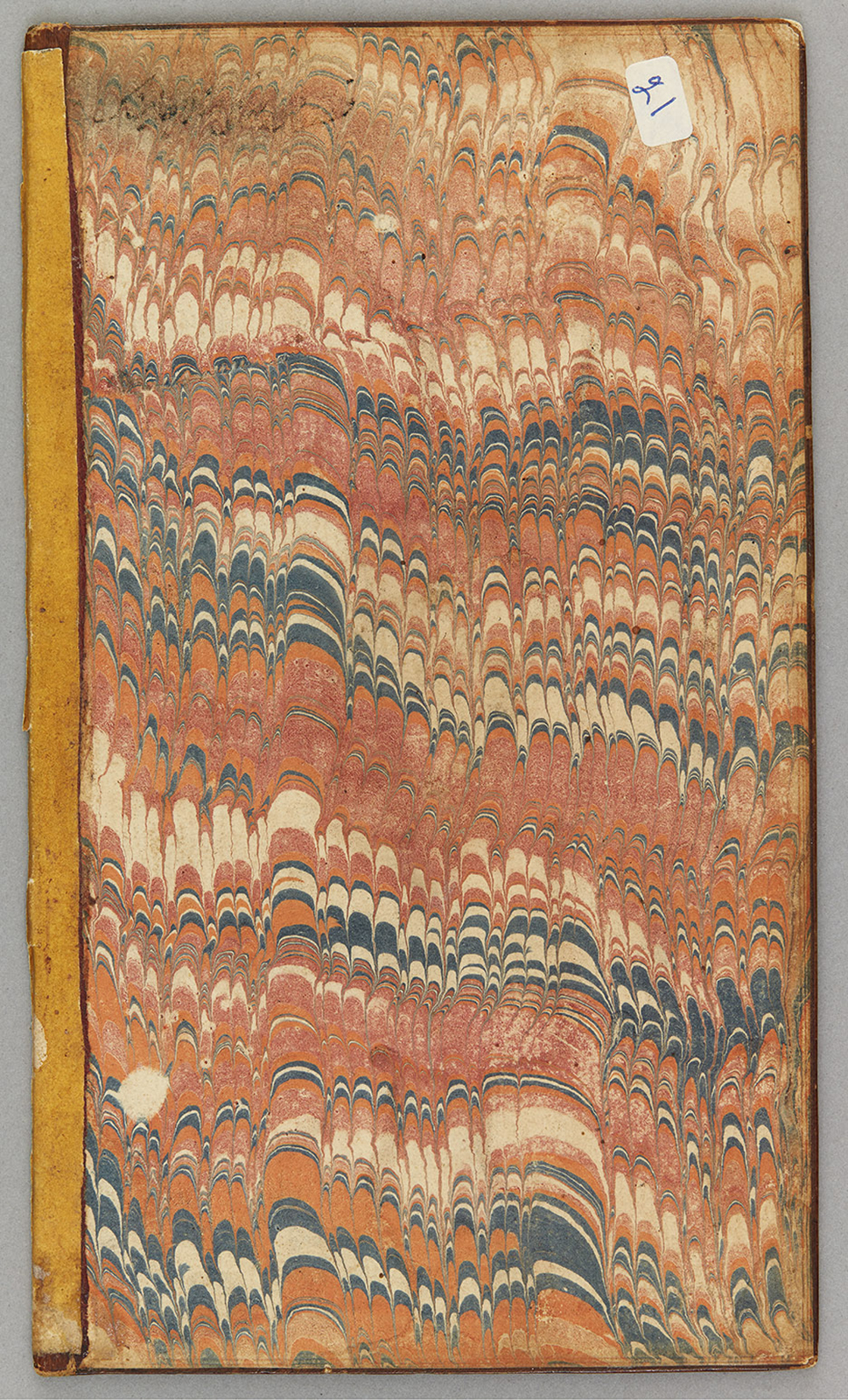 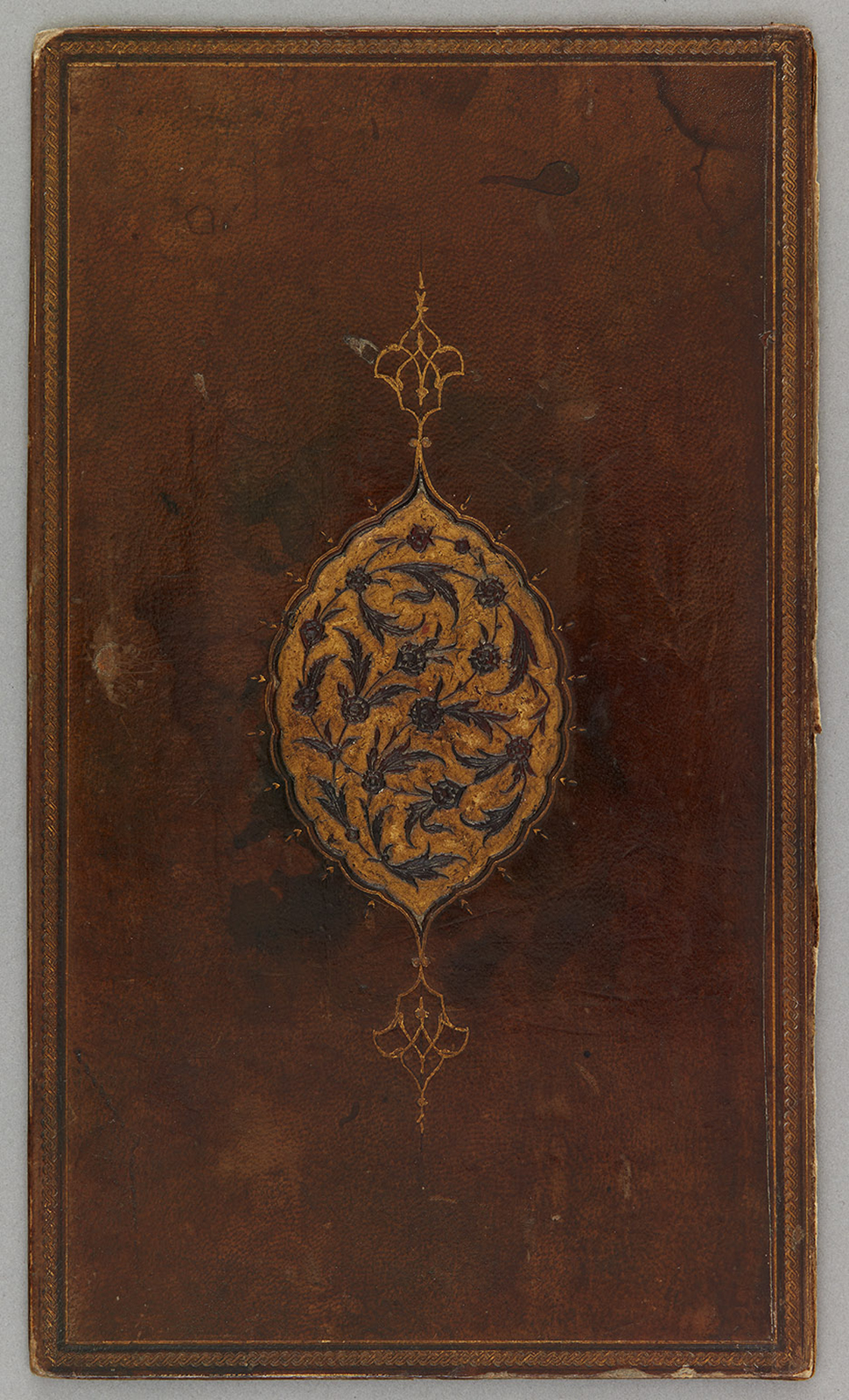 Only the upper (or lower) outer cover of this light chestnut-coloured leather binding exists within the Aga Khan Museum Collection. At the centre is an oval lobed medallion decorated with a stamped design of lanceolate leaves and stylized composite flowers on curving branches in the style of the binder Mehmed Çelebi. Just the ground of the medallion is gilded, while the palmette shaped pendants are tooled and gilded.

The doublure is faced with marbled paper in the taraklı (combed) style that was popular in the 18th century.[6]

[6]. Examples of exquisite marbled paper by a master artist can be seen in a royal album dating from the 18th century. See Uğur Derman, Murakkkka’-i Hâs. Ahmed III: Sultan and affixer of the tuğra.