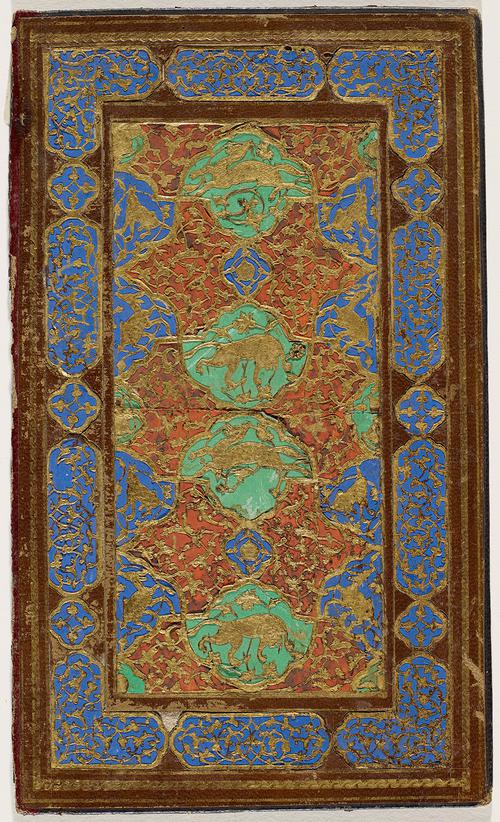 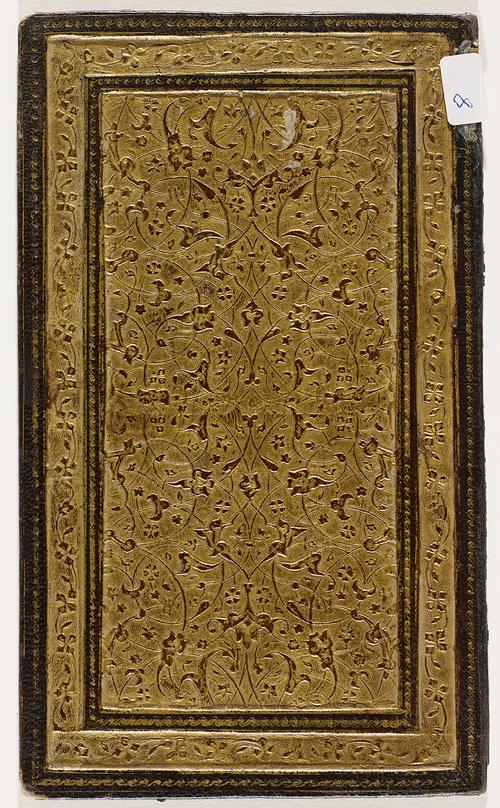 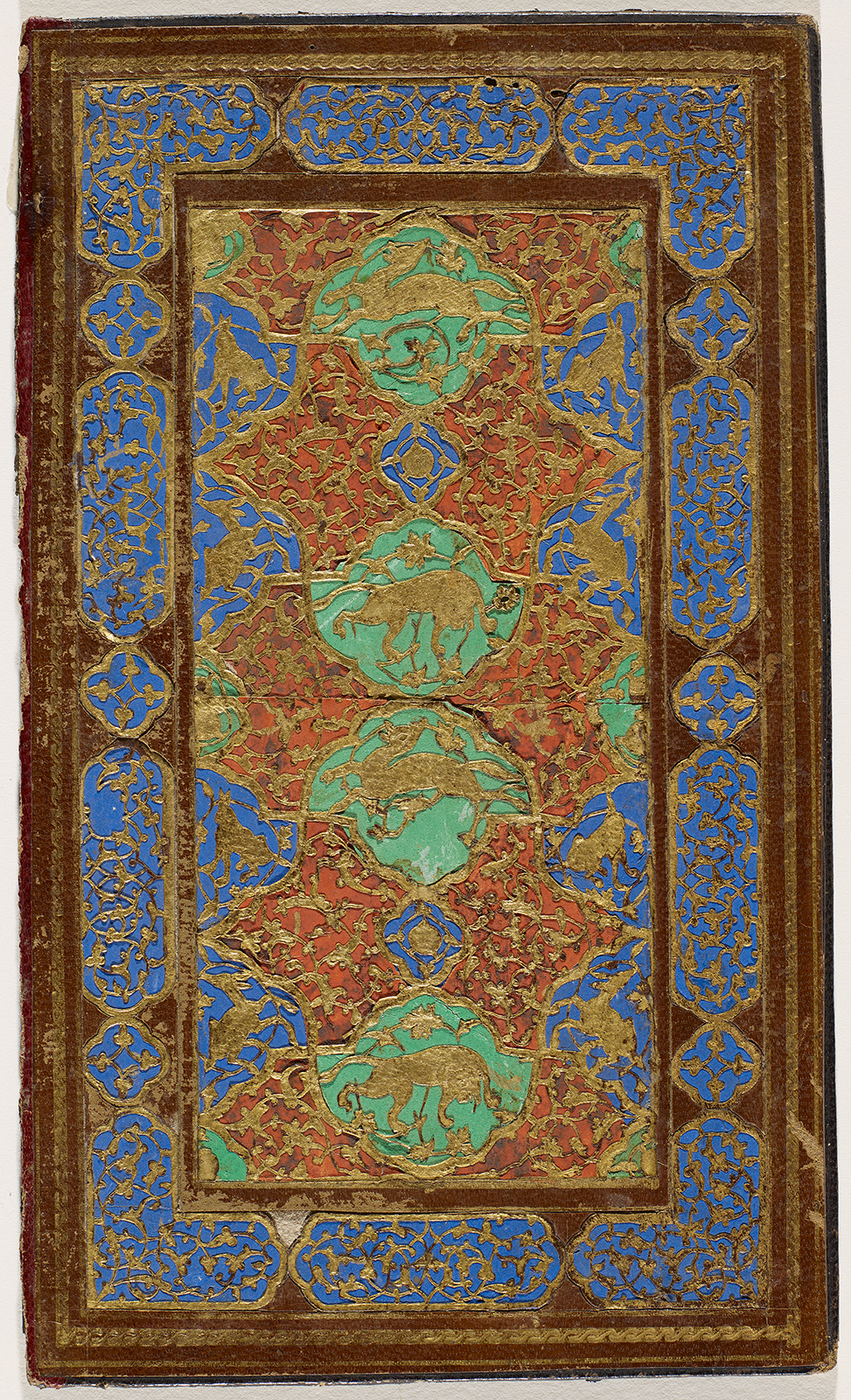 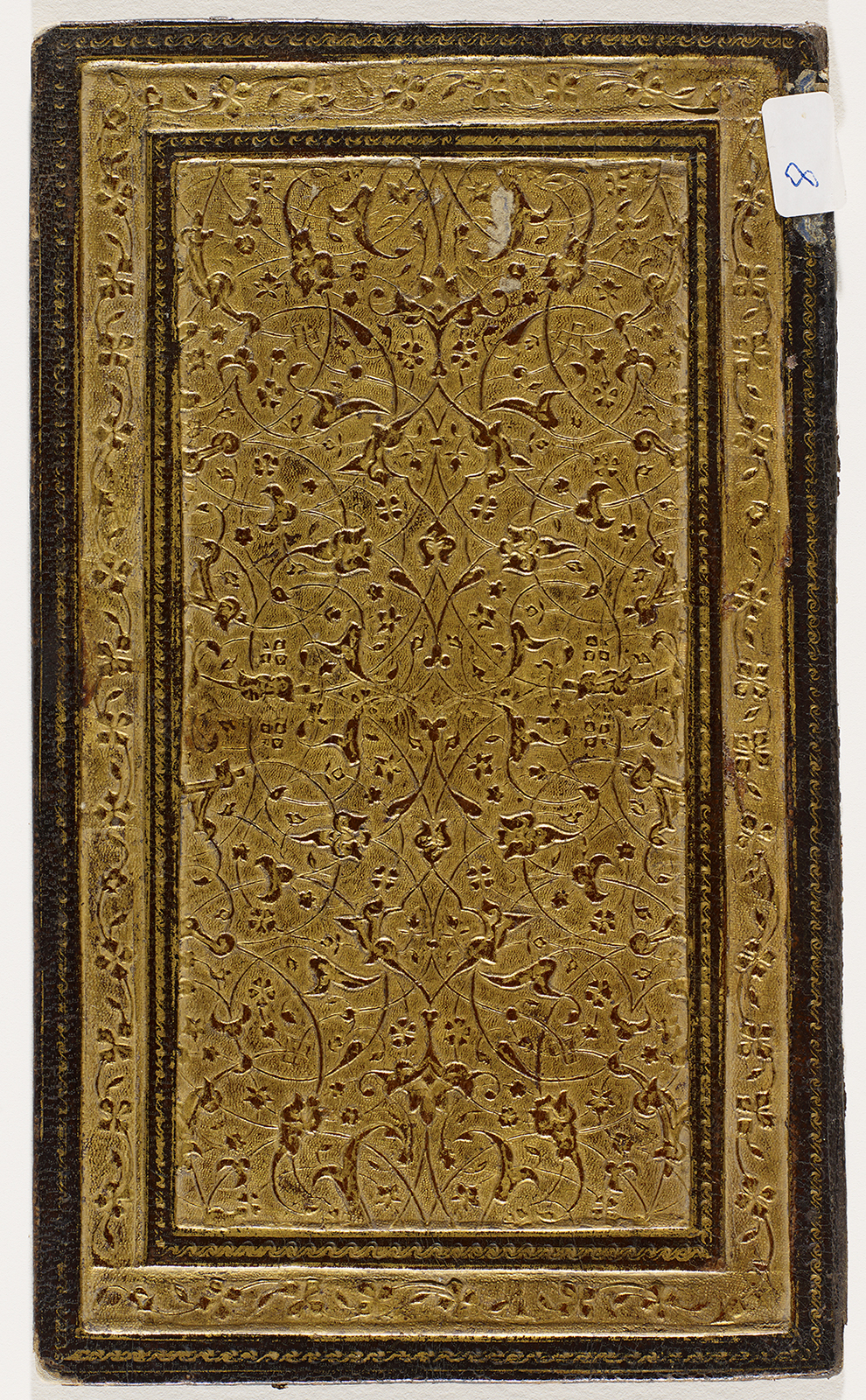 This binding shares with AKM975, AKM388, and AKM387 a probable origin in the Khurasan region of Iran during the Safavid period (1501–1722). More specifically, it may have been produced in Herat, where bookbinding activity is known to have existed.

The outer cover belongs to a chestnut-coloured leather binding. The central field is recessed, with a stamped two-tier design of slender scrolling branches and small rosette flowers below a second design of thick branches and unusual leaf-like (rumi) motifs. The recessed border has a stamped design of branches, leaves, and flowers.[2] The ground of the decoration and some of the motifs are gilded.

As in AKM387, the doublure features lattice-style decoration over a polychrome ground, pointing to its origins in Safavid Iran. This curving lattice-like pattern divides the doublure’s central field into compartments. Those painted orange are overlaid with gilded leather filigree cut into a pattern of scrolling branches. Those painted turquoise and lapis blue are—quite unusually—decorated with gilded leather filigree animal figures. This rare feature [3] suggests that the binding once protected a manuscript with royal associations.

[3] One example of a royal binding expertly decorated with leather filigree animal figures inside compartments on the doublures is a royal book binding produced in the late 15th century during the Akkoyunlu Turkoman period, probably in Gilan, and another produced in the early 16th century during the Timurid period in Herat. See Filiz Çağman, Kat’ı. Cut Paper Work and Artists in the Ottoman World, 30–31.