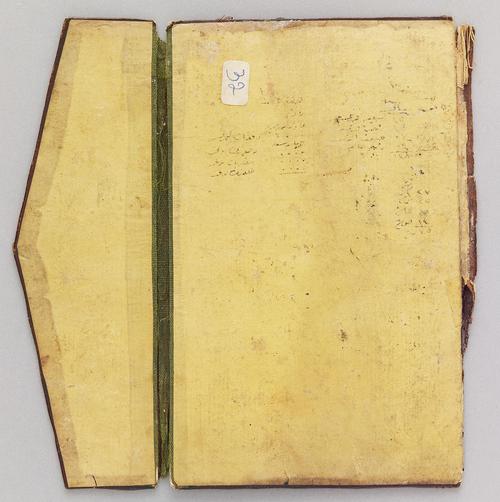 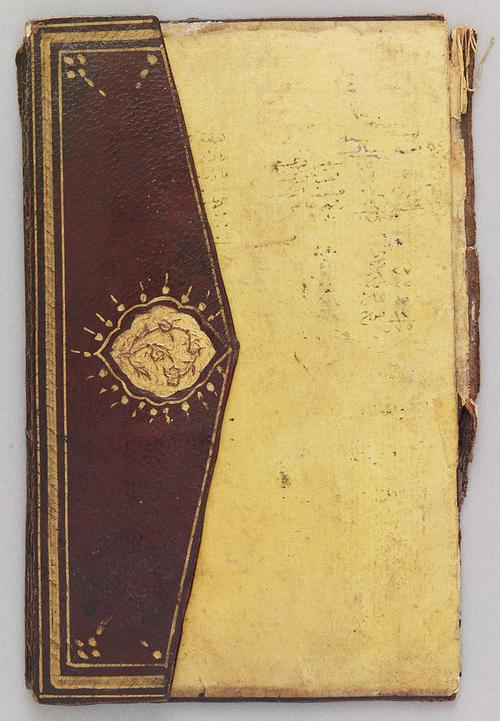 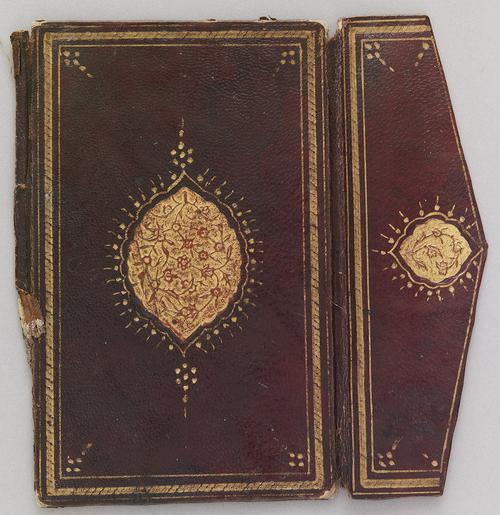 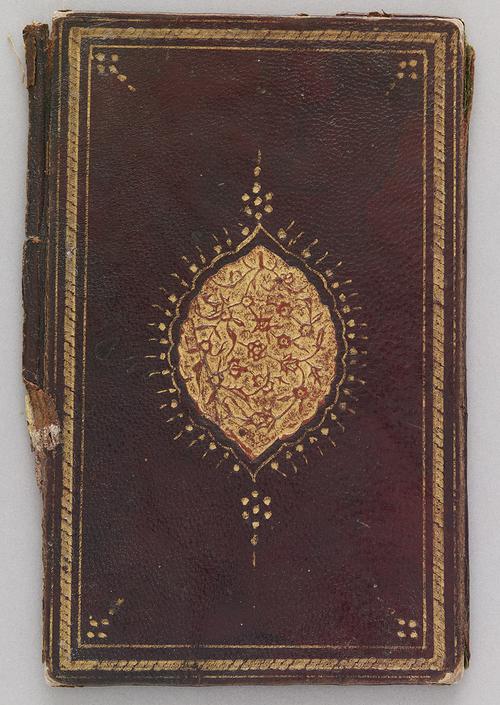 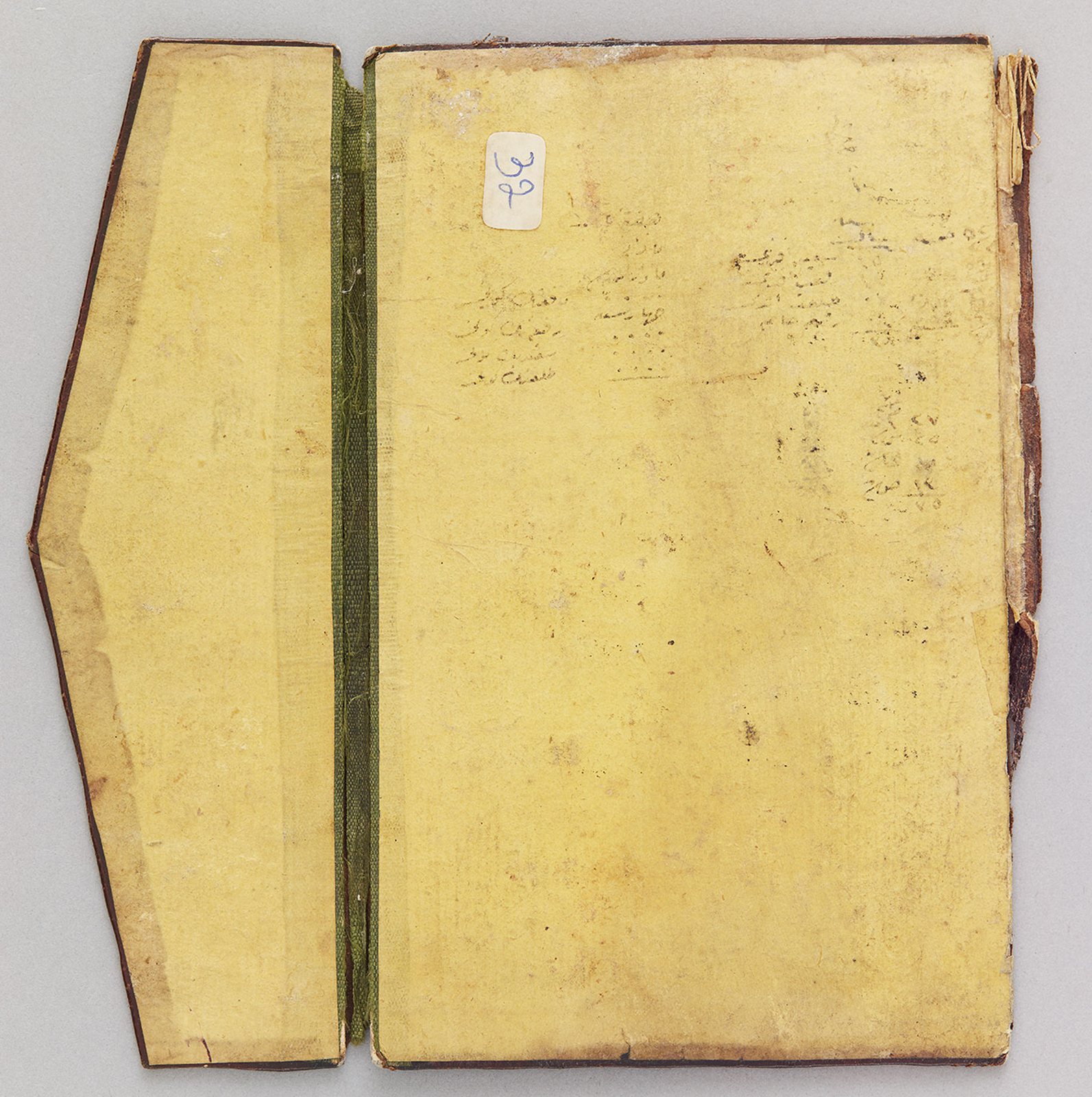 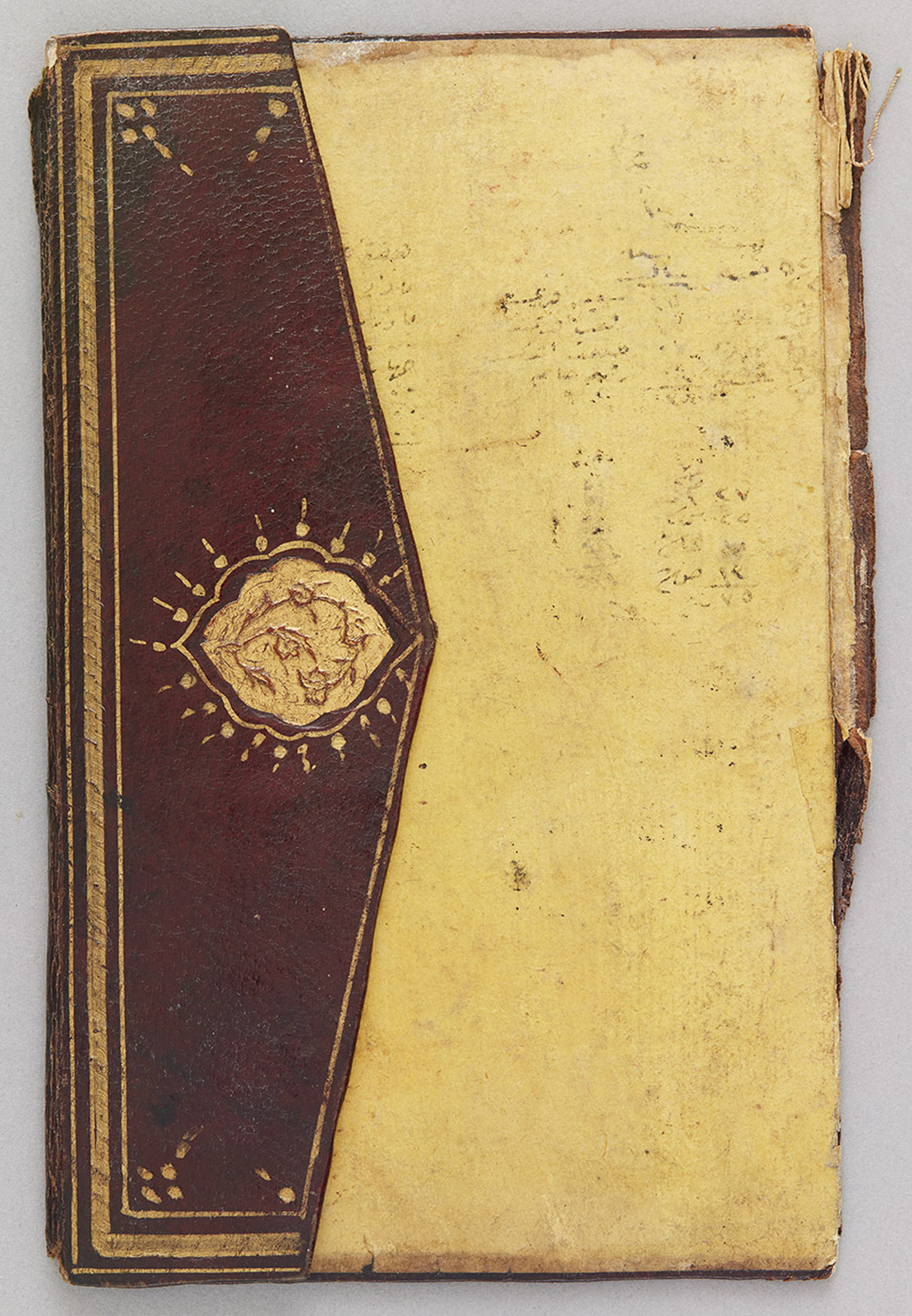 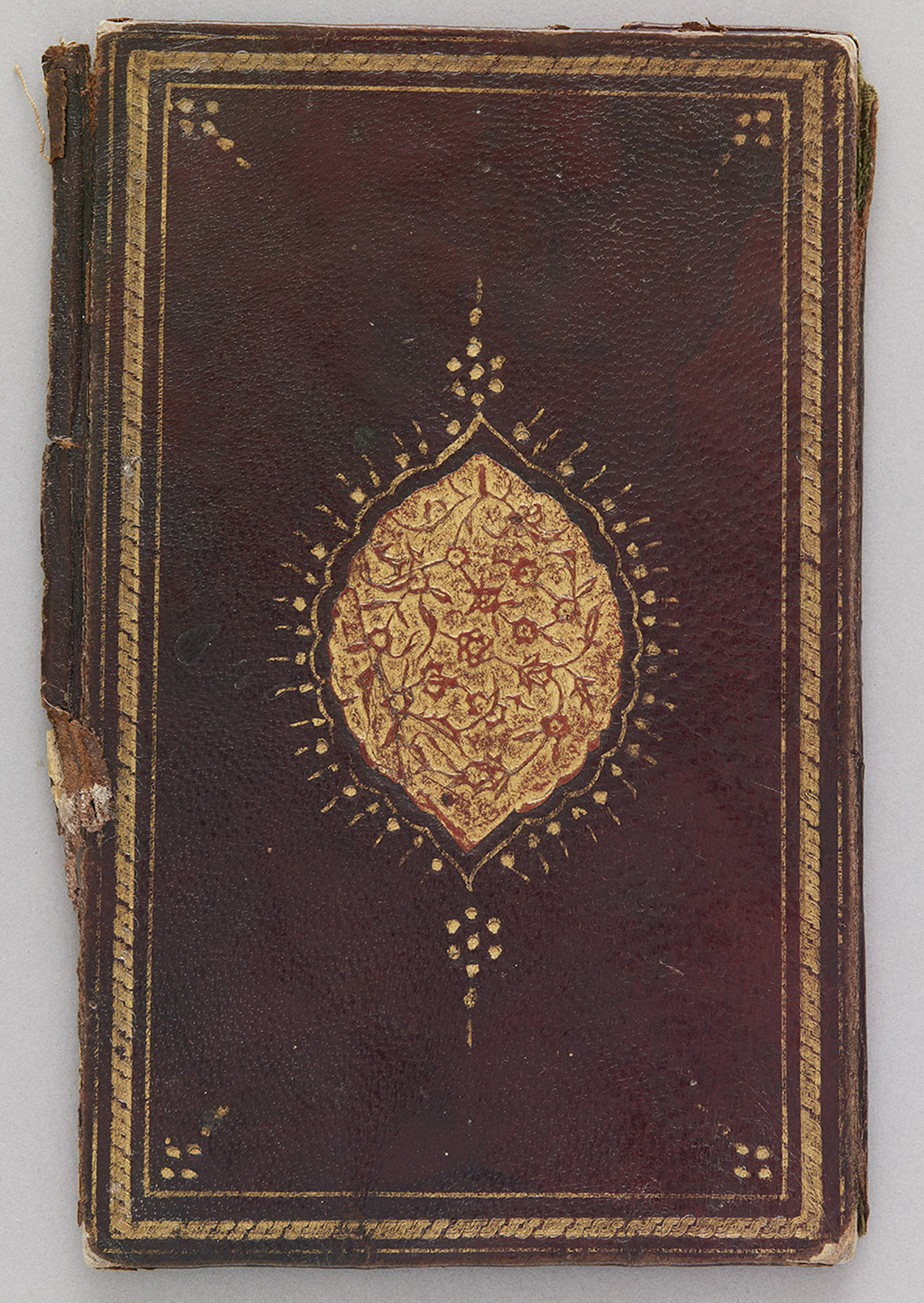 Binding, back outer cover and flap

The light chestnut-coloured leather outer cover and flap in the Aga Khan Museum Collection show unremarkable workmanship. Each is decorated with a recessed lobed medallion and rosettes formed by dots. The medallions are filled with stamped and gilded designs of flowers on curved branches.

The doublure is faced with paper.