Our doors have re-opened to the public. Go here to learn more about our re-opening plan. 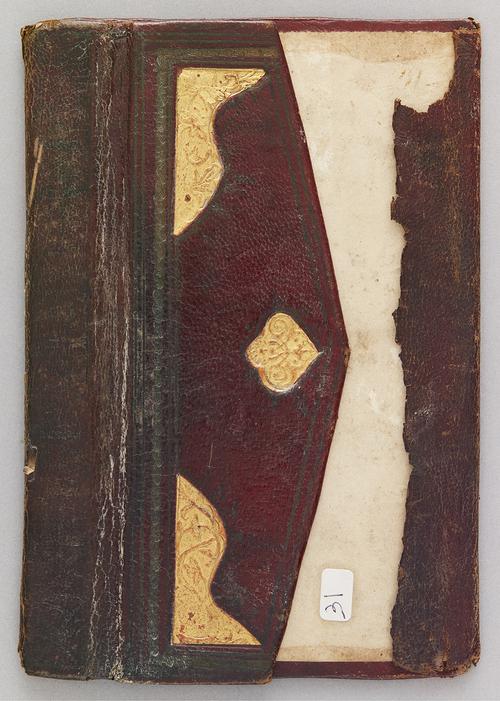 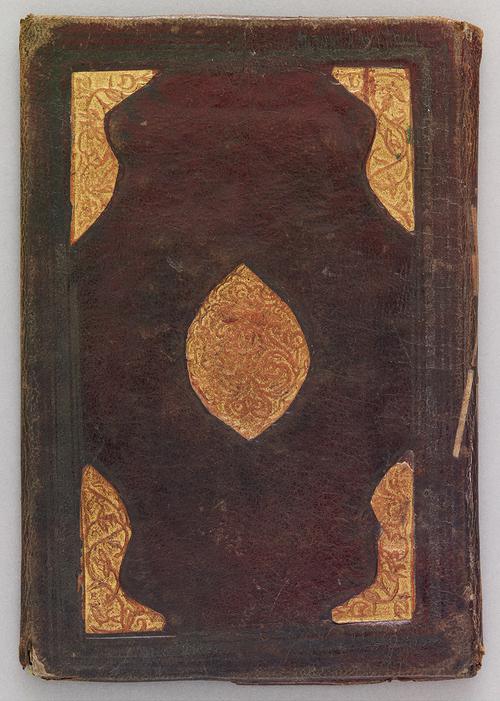 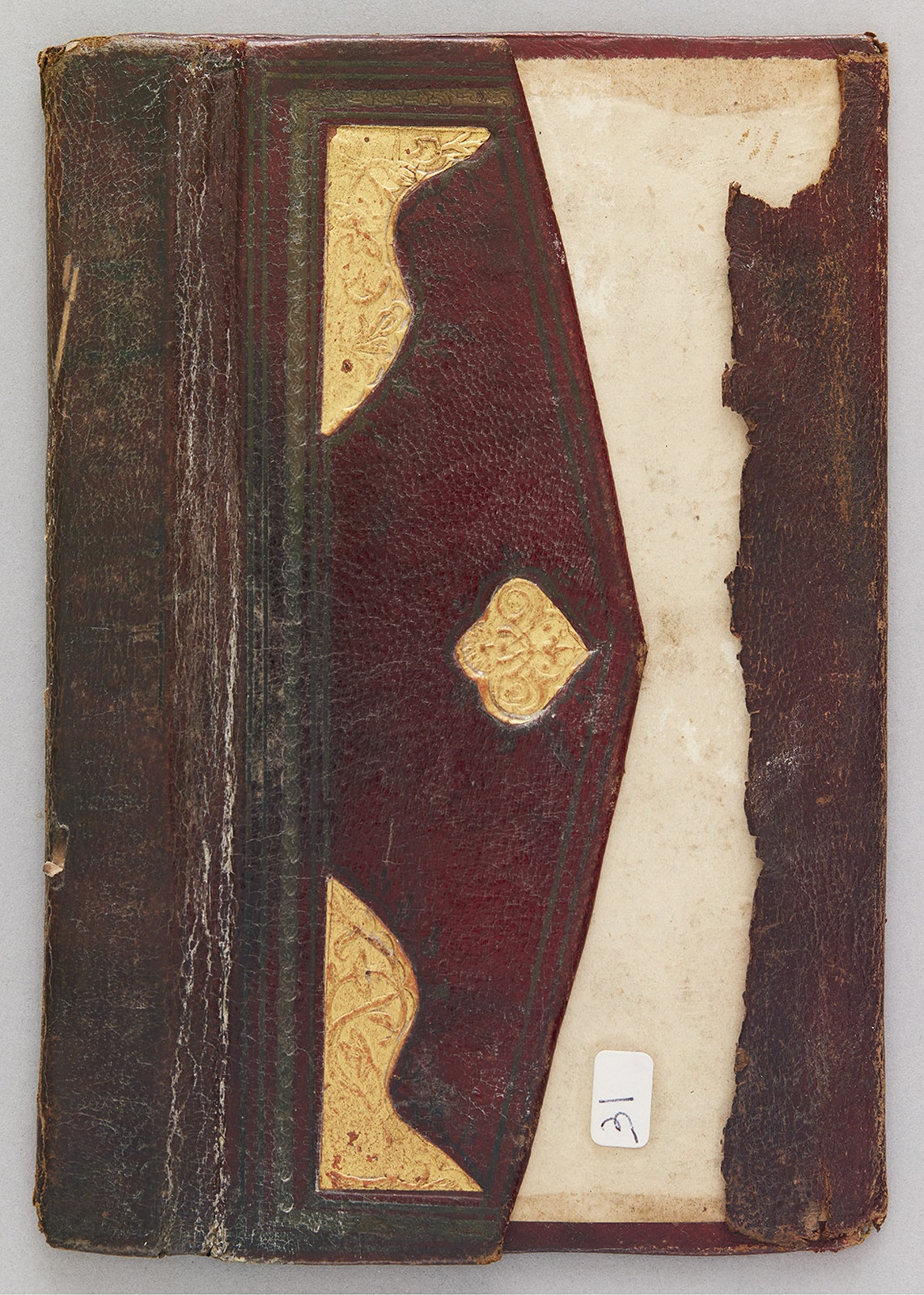 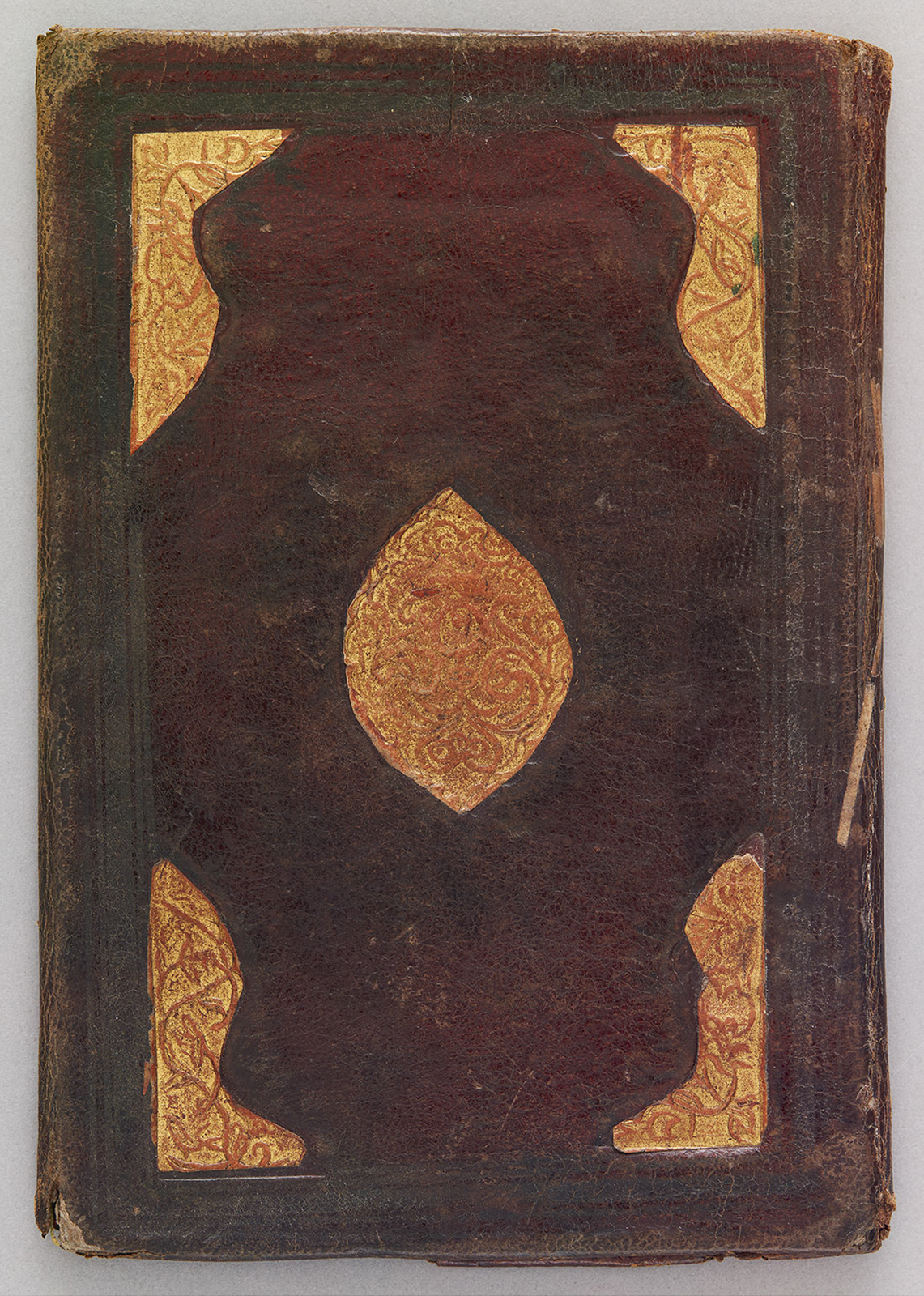 Binding, back outer cover and flap

The work of a relatively unskilled binder, this chestnut coloured-leather outer cover in the Aga Khan Museum Collection has an oval medallion at the centre and cornerpieces. The flap has a medallion with broad lobes and cornerpieces. These are filled with stamped gilded designs of branches and flower-like shapes.

The doublures are faced with paper.