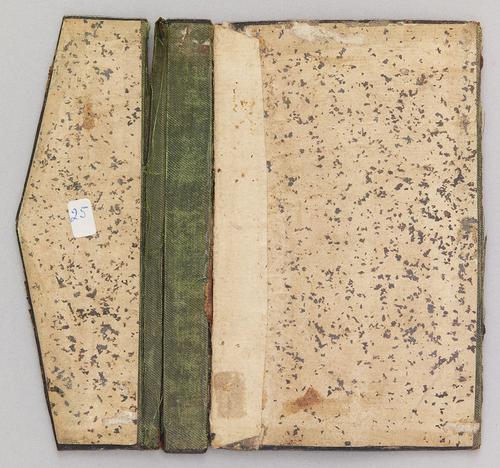 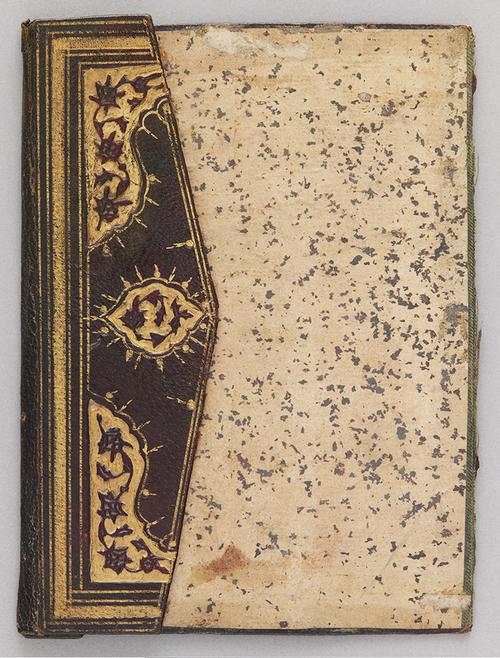 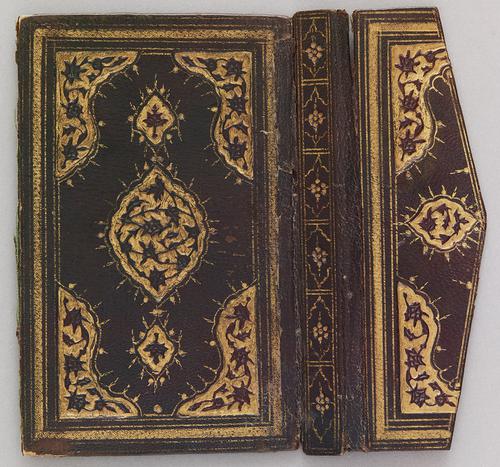 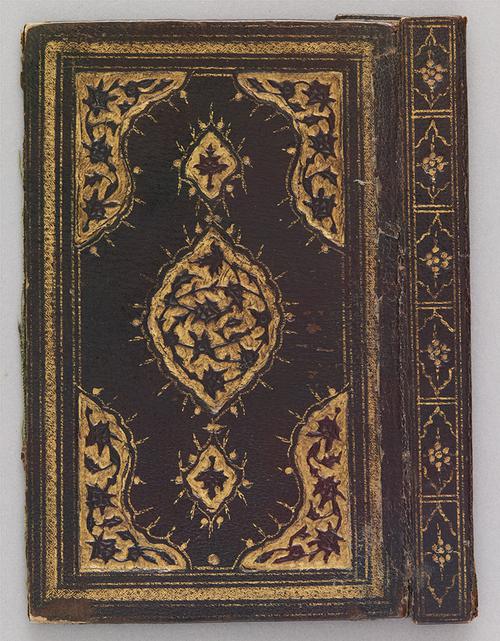 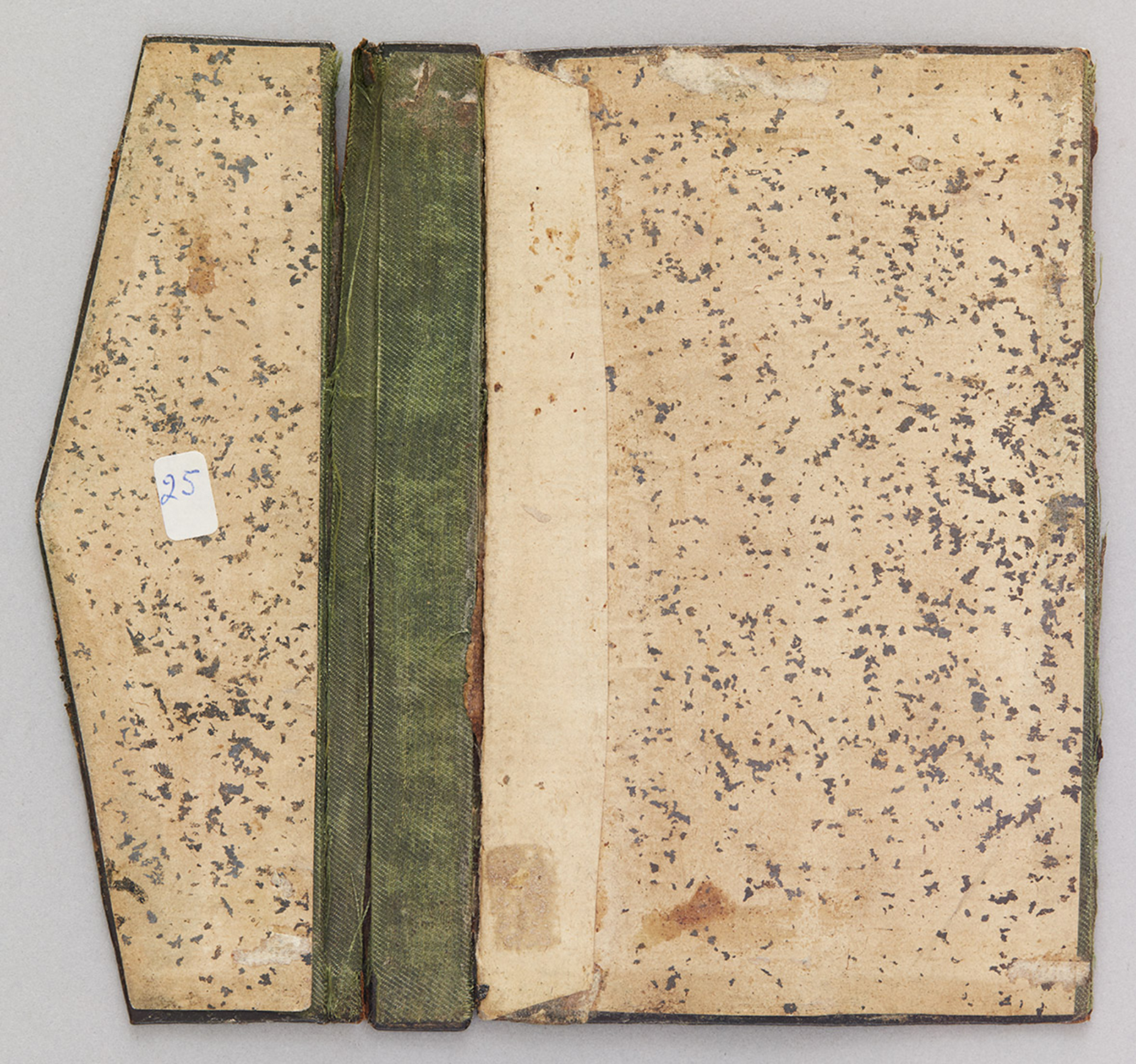 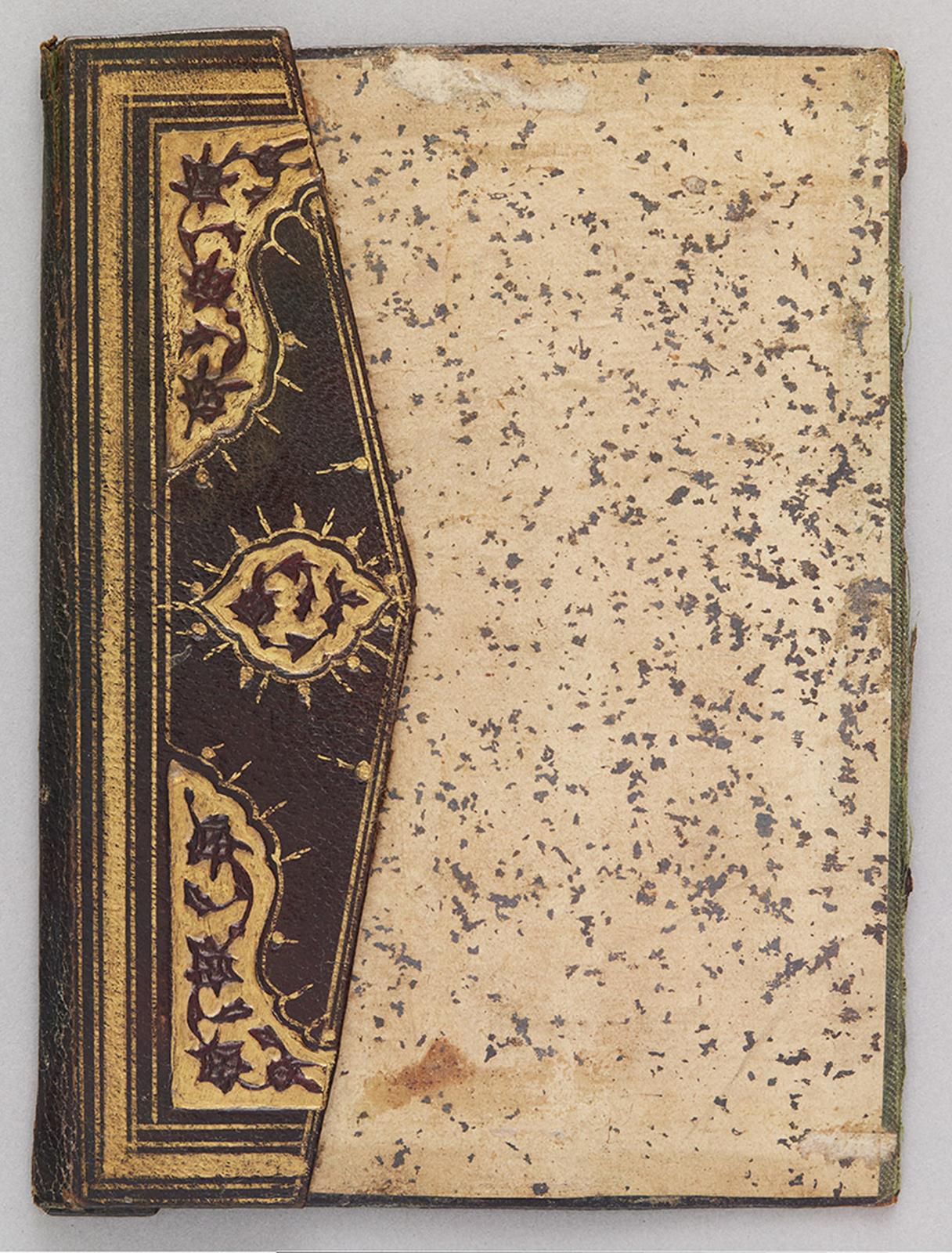 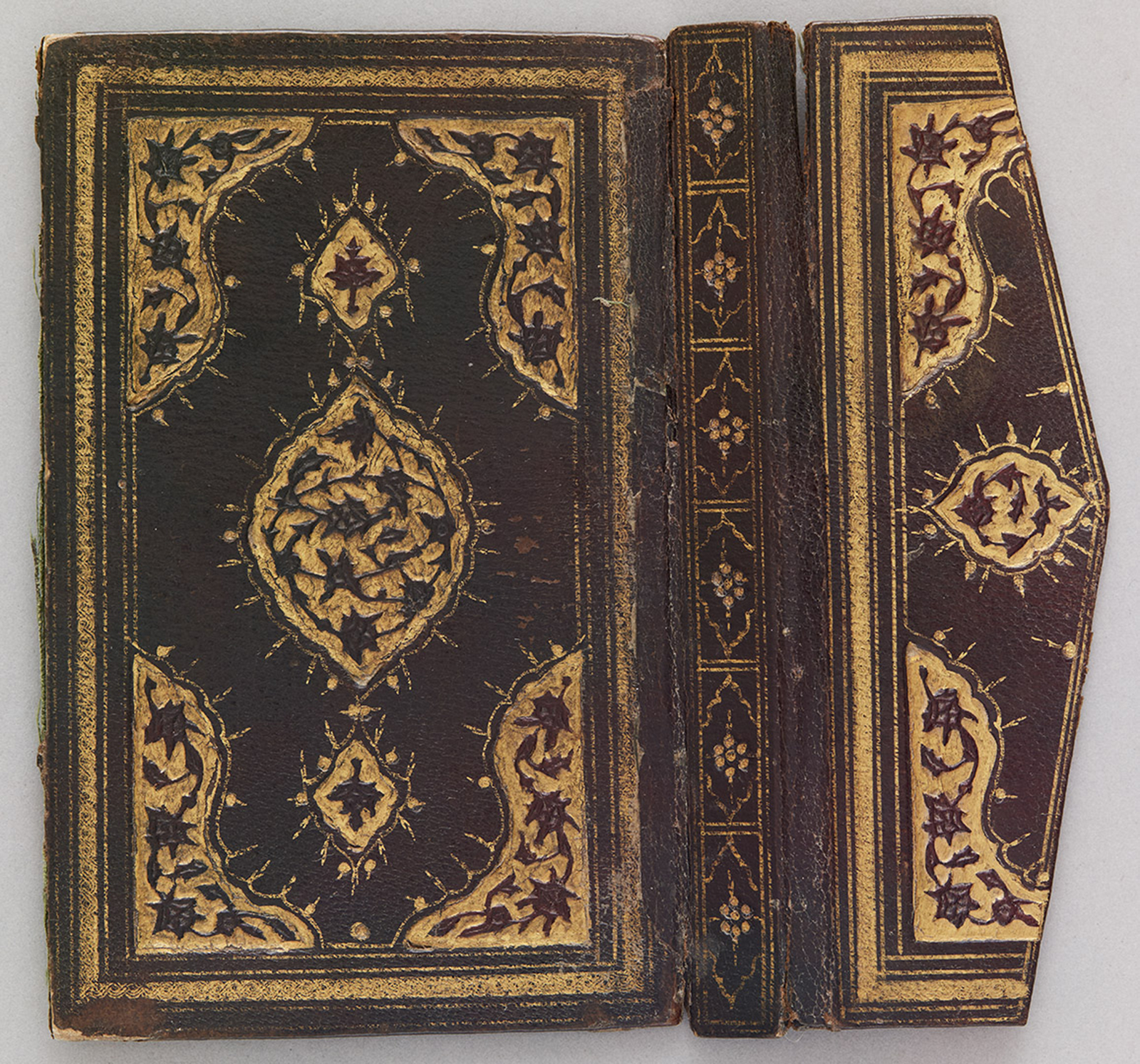 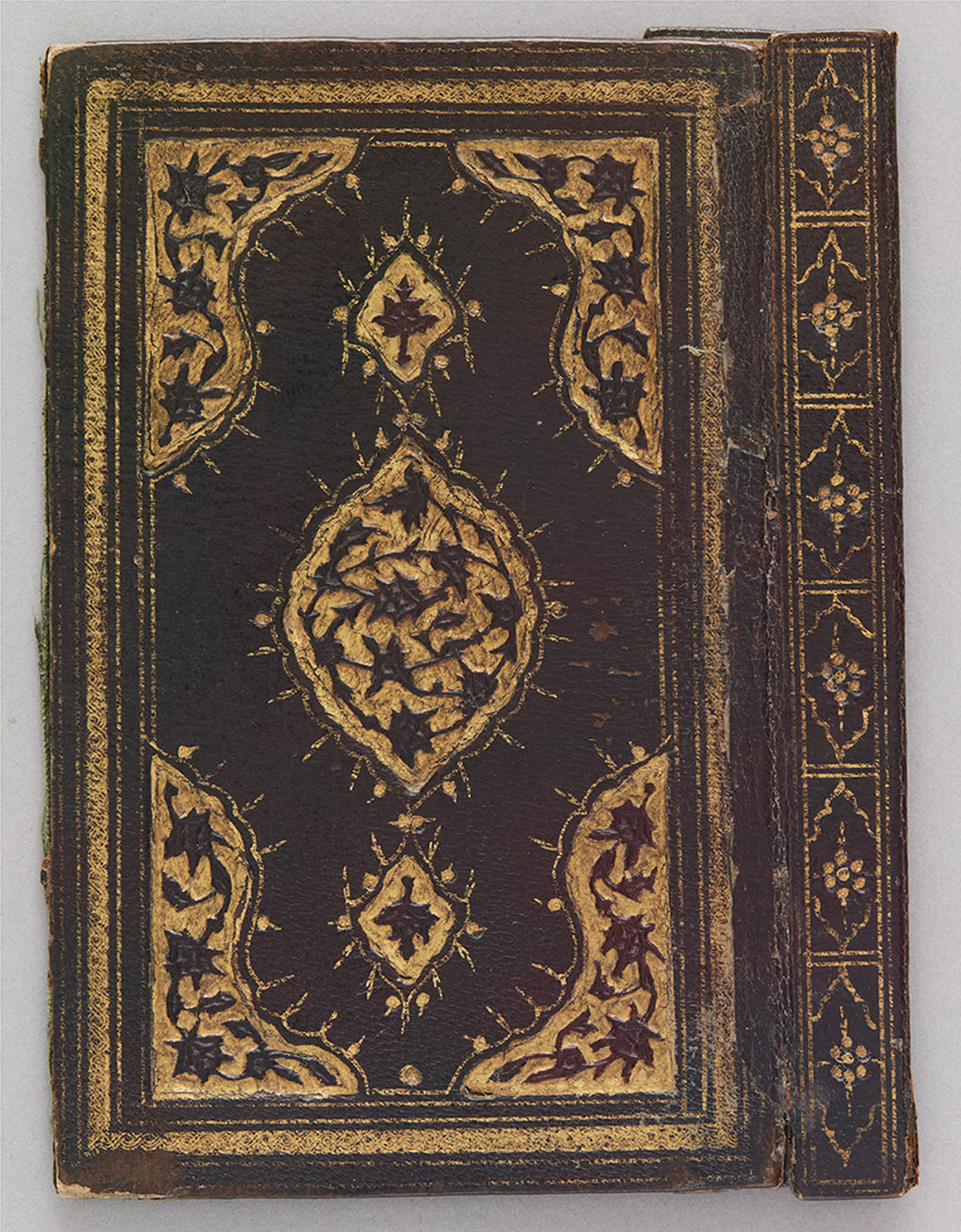 Binding, back outer cover and doublure

The upper outer cover of this binding in the Aga Khan Museum Collection is missing. The work of a binder of moderate skill, the binding is faced with chestnut-coloured leather and decorated with a recessed medallion with pendants and cornerpieces. These are filled with stamped high relief designs consisting of leaves and large flowers on curving branches on a gilded ground. On the fore-edge flap is a row of rosettes formed by dots.

The doublure is faced in cream-coloured paper sprinkled with silver. The fore-edge flap is lined with green fabric like two other doublures in the Aga Khan Museum Collection (AKM992 and AKM993). The use of the same green fabric to line the fore-edge flaps of all three bindings suggests that they may have belonged to books in the same collection.