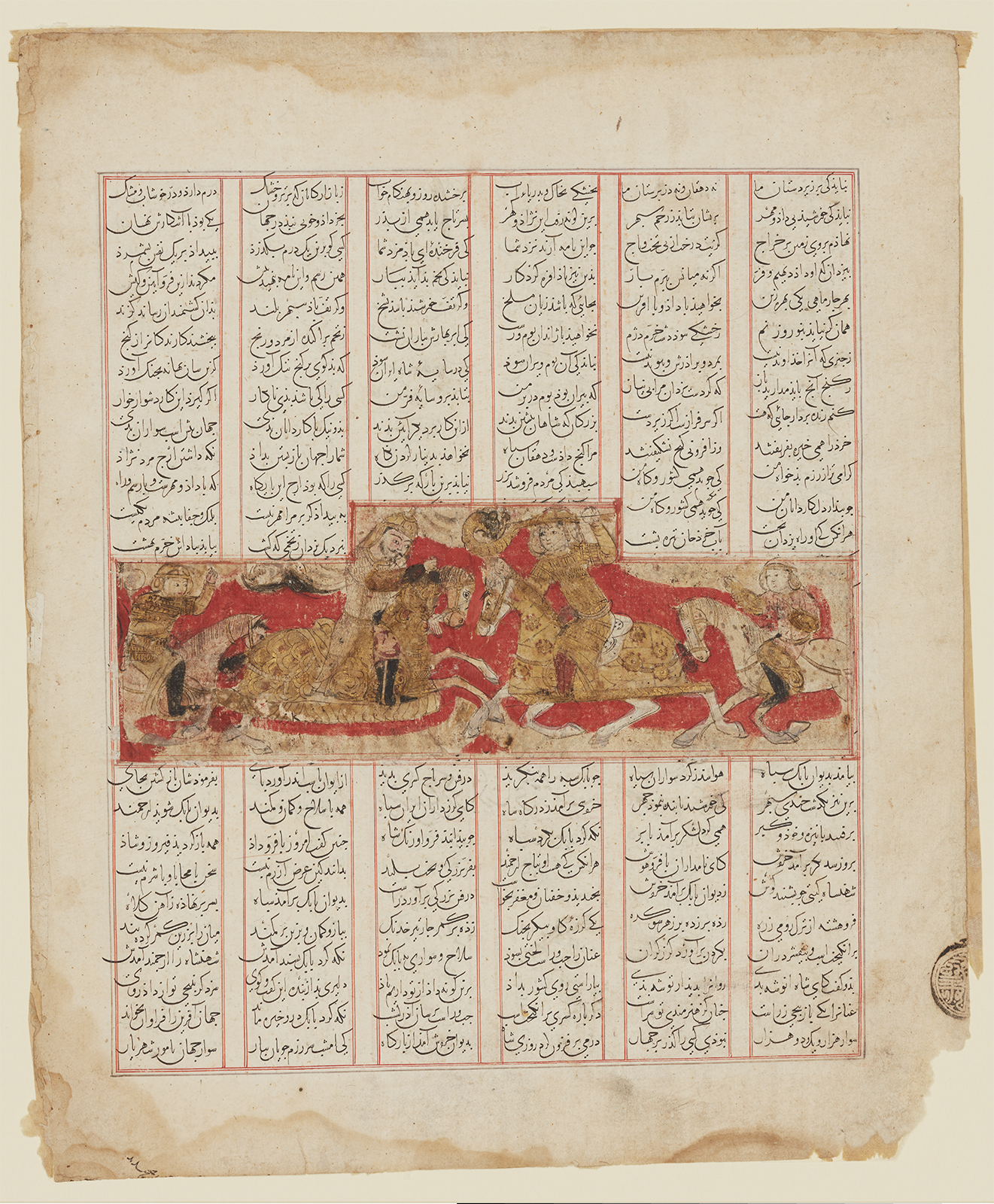 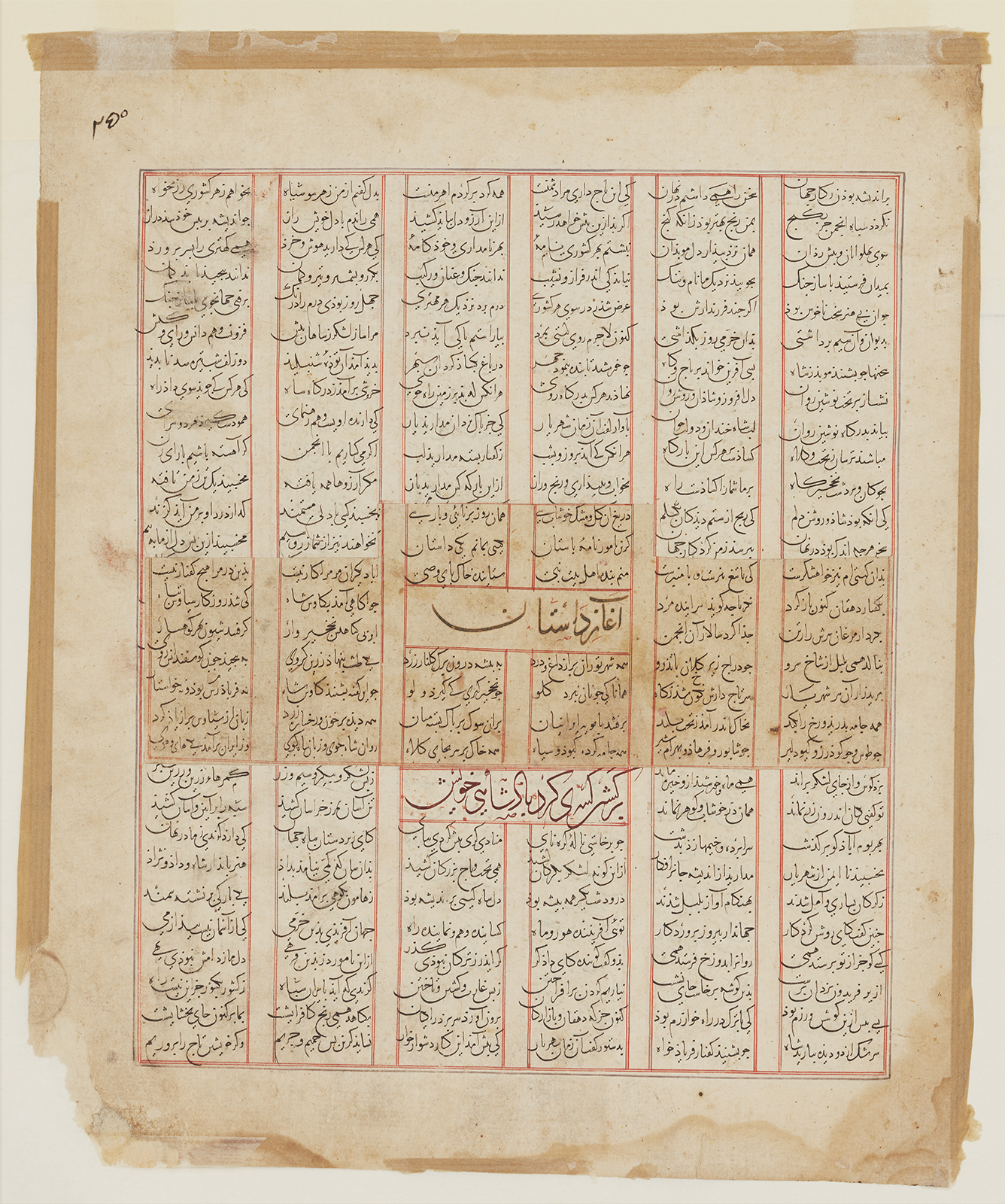 Usually the text surrounding or flanking a Shahnameh illustration makes it possible to identify the specific scene and to give it a title. In this case, however, the illustration of a battle has been cut out from its original text folio and pasted onto another text folio from the 1341 Shahnameh. This probably occurred in the early part of the 20th century, when the manuscript was taken or sent from Iran and its individual folios began to appear on the art market in Europe and the United States. The upper strokes of black letters rising up from the top of the painting provide evidence of this alteration, as does the darkened imprint of the illustration which is clearly visible on the reverse (verso) side of the folio.

The verses on the folio in its current (and composite) form narrate the start of the reign of the historical monarch Khusrau I, called Kisra Nushinravan (or Nushirvan and Anushirvan) in the Shahnameh. Khusrau ruled Iran’s Sasanian dynasty from 531 to 579 AD and is depicted in the illustration “Kisra Nushinravan’s fourth banquet for Buzurgmihr and the archimages” (AKM36). The lower right margin of this folio is stamped with a circular seal impression, now only partly visible, that has been dated to the 15th century. The Arabic legend reads al-wathiq bi’l malik al-ghani or “Trusting [in] the all-sufficing king.” These words probably would have been followed by a name, perhaps “al-Husayni,” to rhyme with al-ghani.