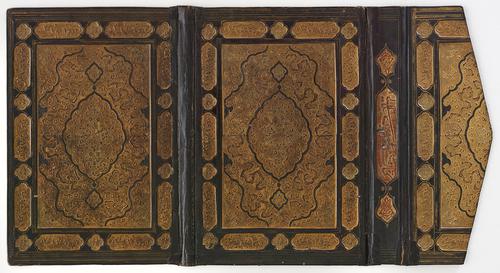 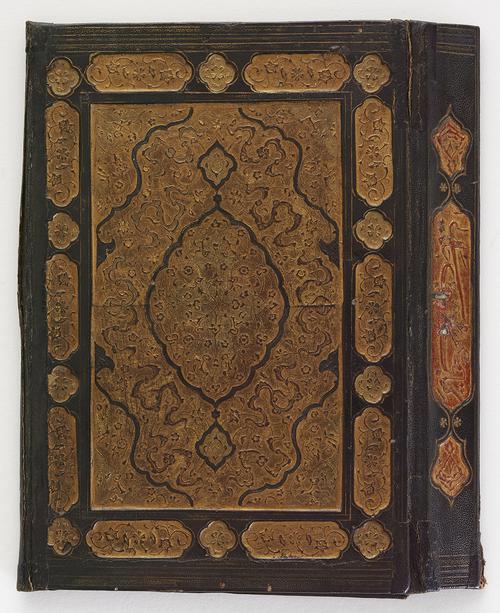 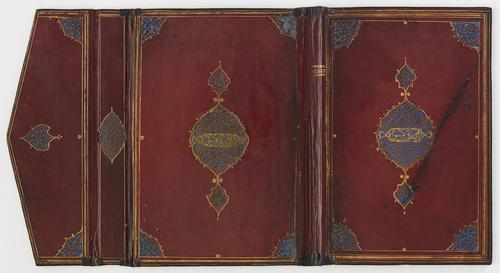 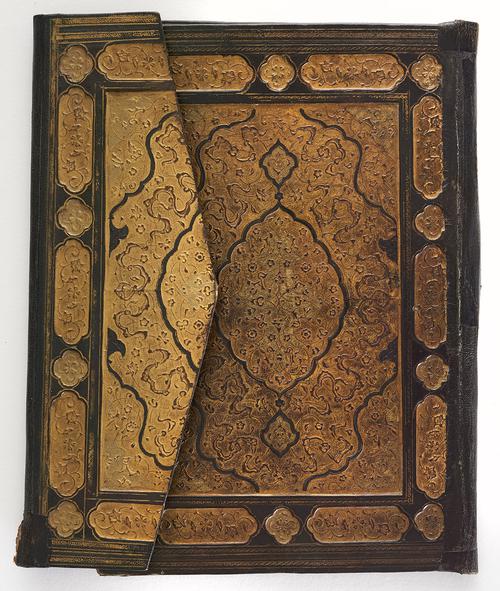 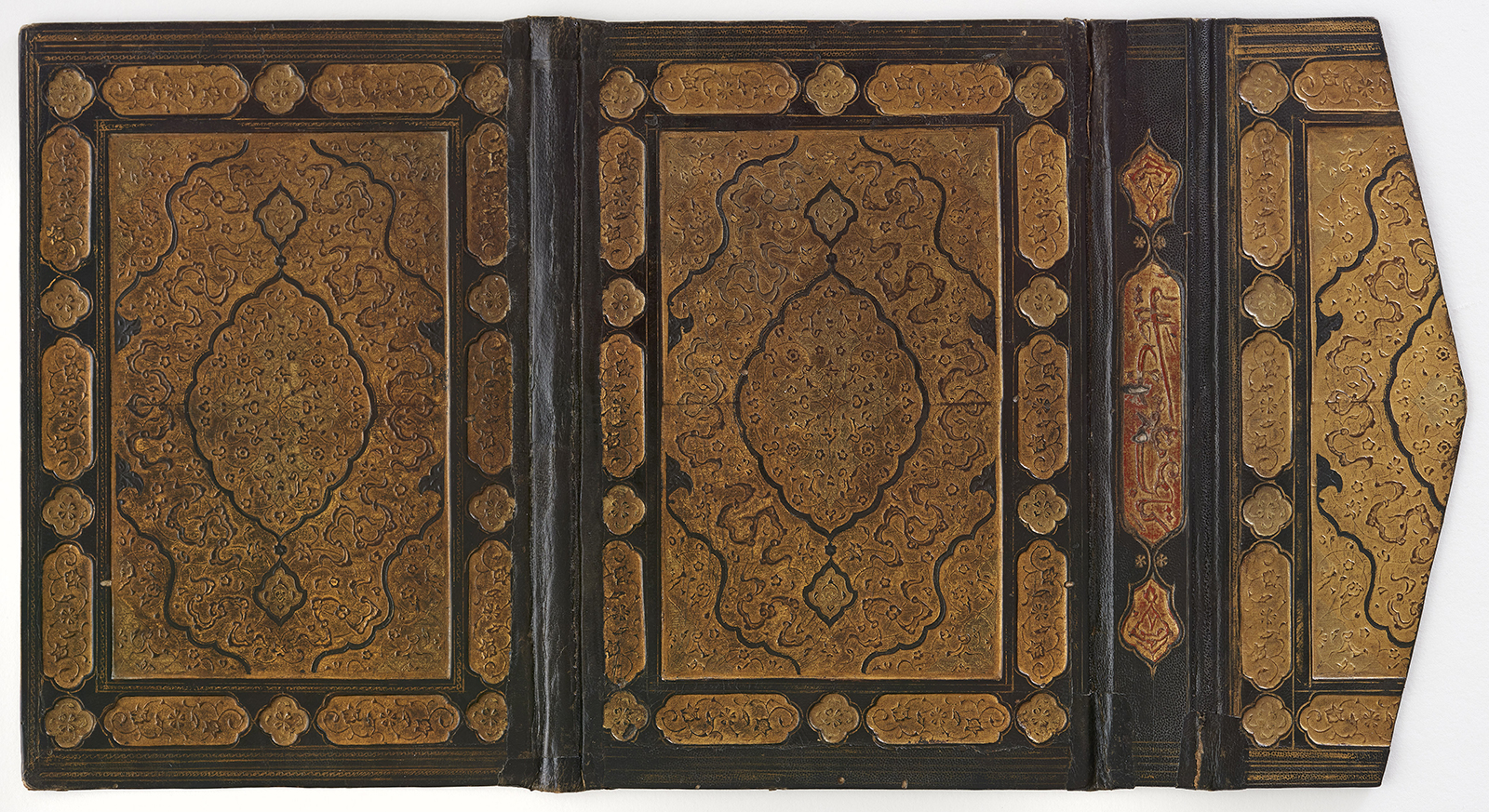 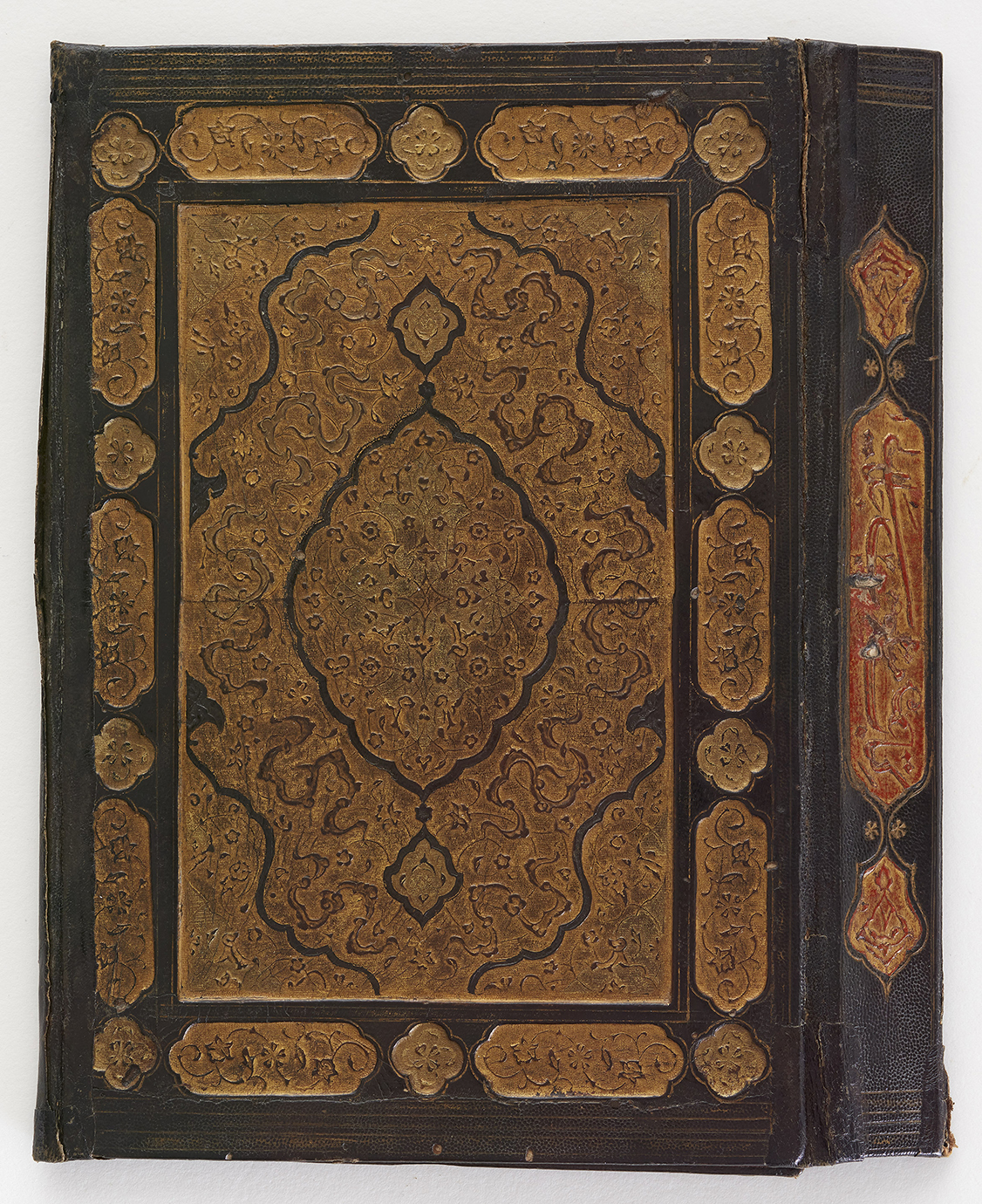 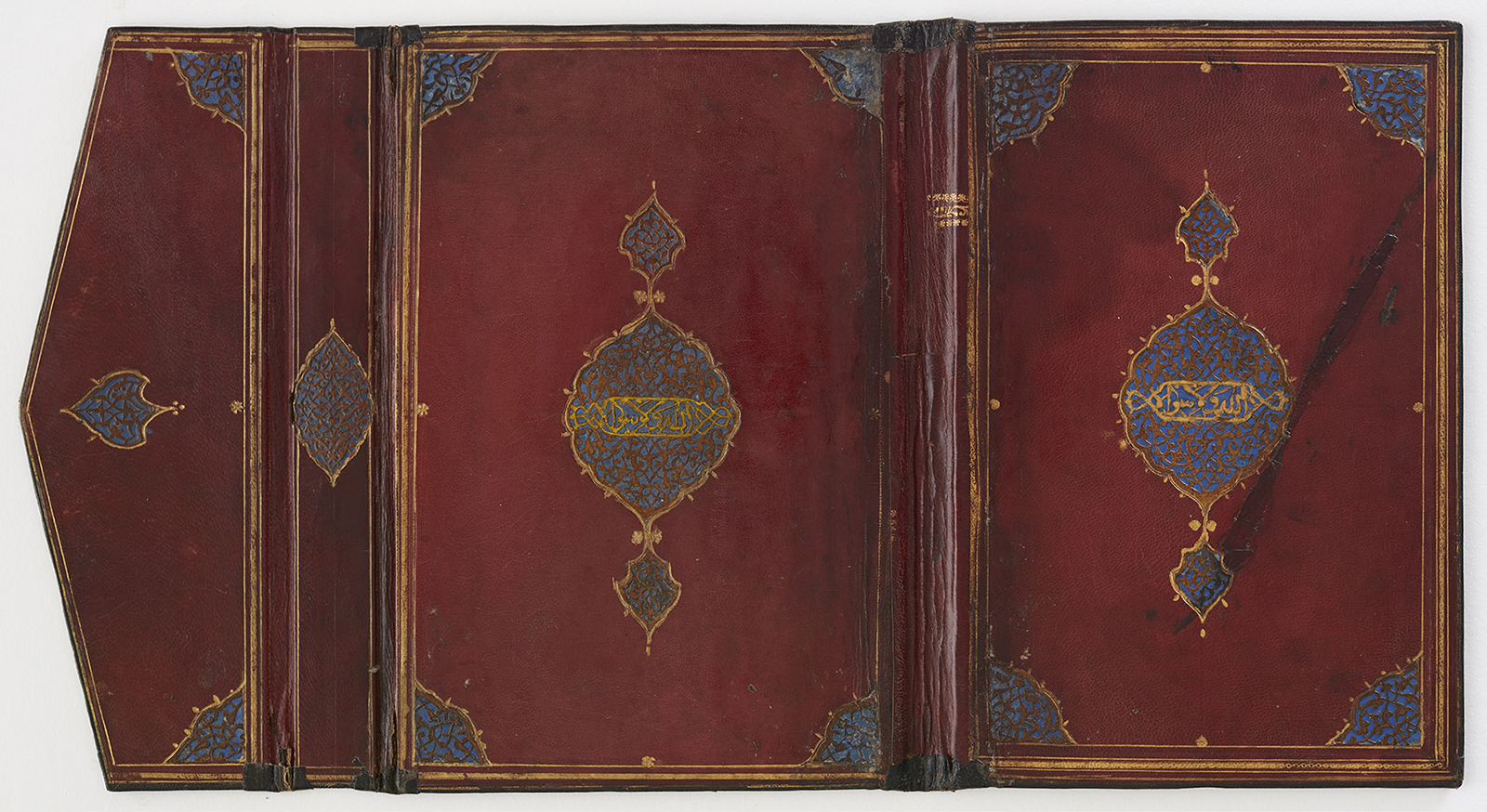 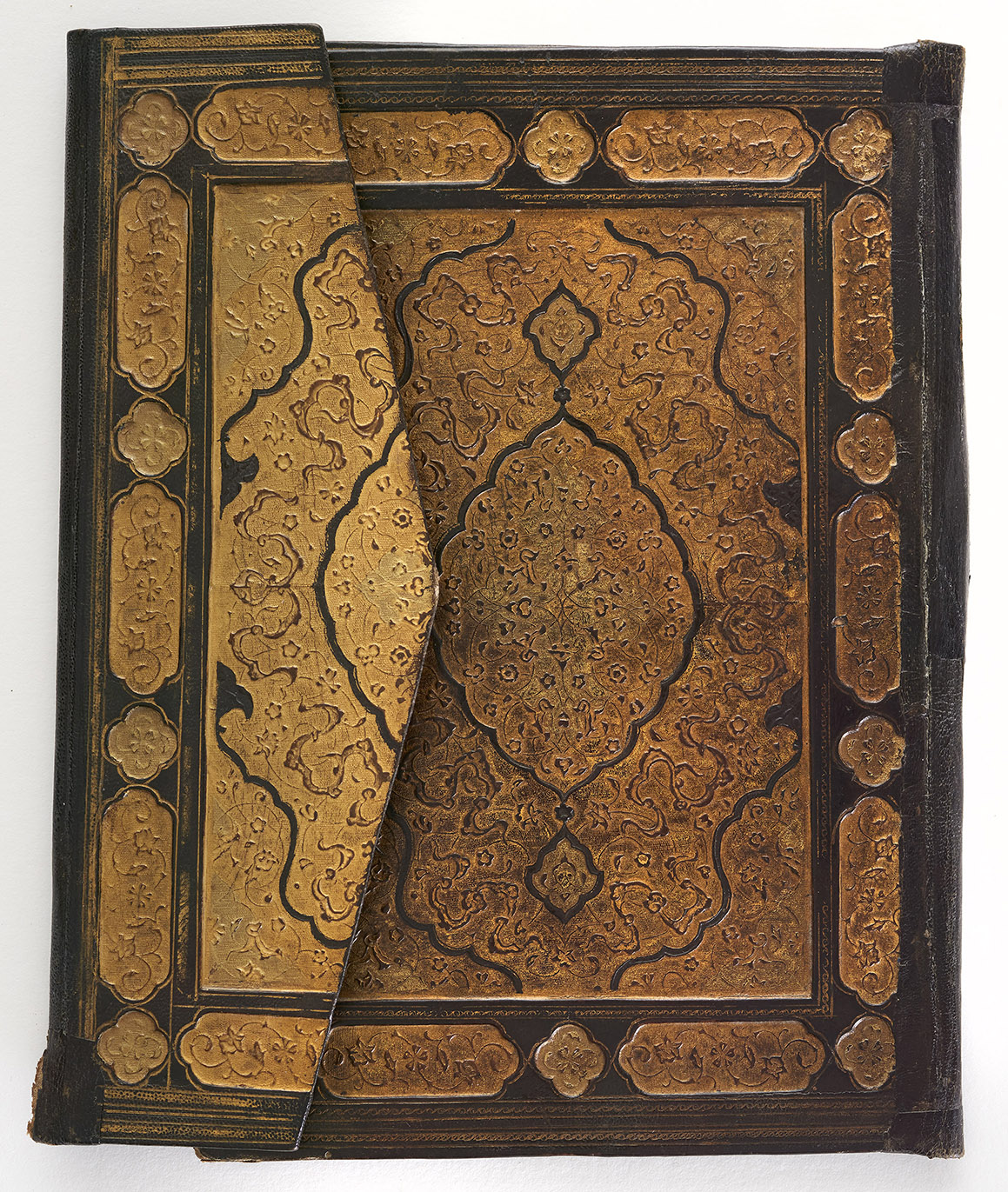 Like AKM387 this binding must have been produced in the Khurasan region of Iran during the Safavid period (1501–1722). However, its date of creation is probably later, around 1580.

The central field of the covers features a medallion with pendants and cornerpieces with a pendant in the form of a palmette. These are filled with branches and flowers of various sizes. The area between the medallion and cornerpieces is slightly sunken and decorated with a two-tier design: on the lower level are scrolling branches and flowers, some of which are fan-shaped; on the upper level are cloud motifs. The broad border is decorated with cartouches filled with flowers. The decoration is stamped and gilded with a reddish tone of gold. The border around the medallion and cornerpieces is ungilded. The inside of the medallion has been gilded in a yellow tone of gold, creating a cruciform shape. The gold paint on some of the flowers and clouds has worn away, revealing the light chestnut-coloured leather in places.

The fore-edge flap of the binding is decorated with a cartouche with pendants painted red. There is a stamped inscription in taliq inside the cartouche that says Kitab-i Mathnavi Jalali. In both form and decoration this cartouche is inconsistent with the rest of the decoration and may have been added in the course of repairs.

The plum-coloured leather doublures are decorated with an oval medallion with pendants in the centre and cornerpieces, while the fore-edge flap is filled with an oval medallion, and the flap with cornerpieces and a palmette-shaped cartouche at the centre. These cornerpieces and medallions are filled with light chestnut-coloured leather filigree in leaf-like scrollwork (evoking the rumi motif) laid over a blue ground. There is a cartouche across the centre of the medallion on both covers filled with a gilded filigree leather inscription reading "Allâhu ve lâ sivâhu" (There is God and none other than Him).