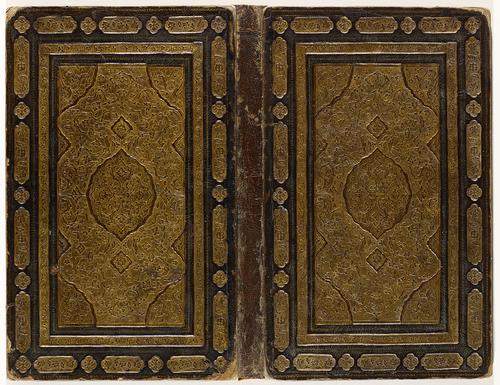 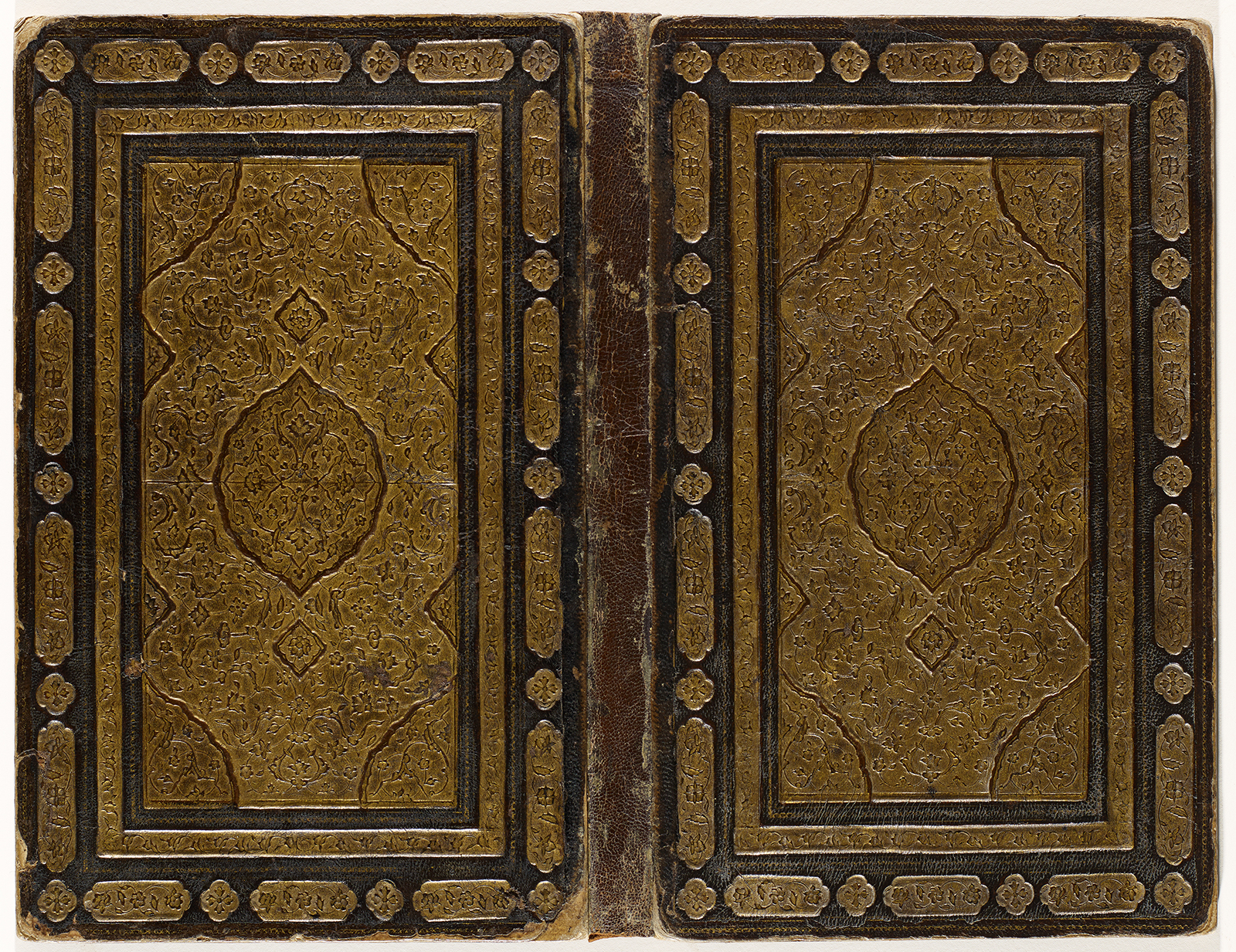 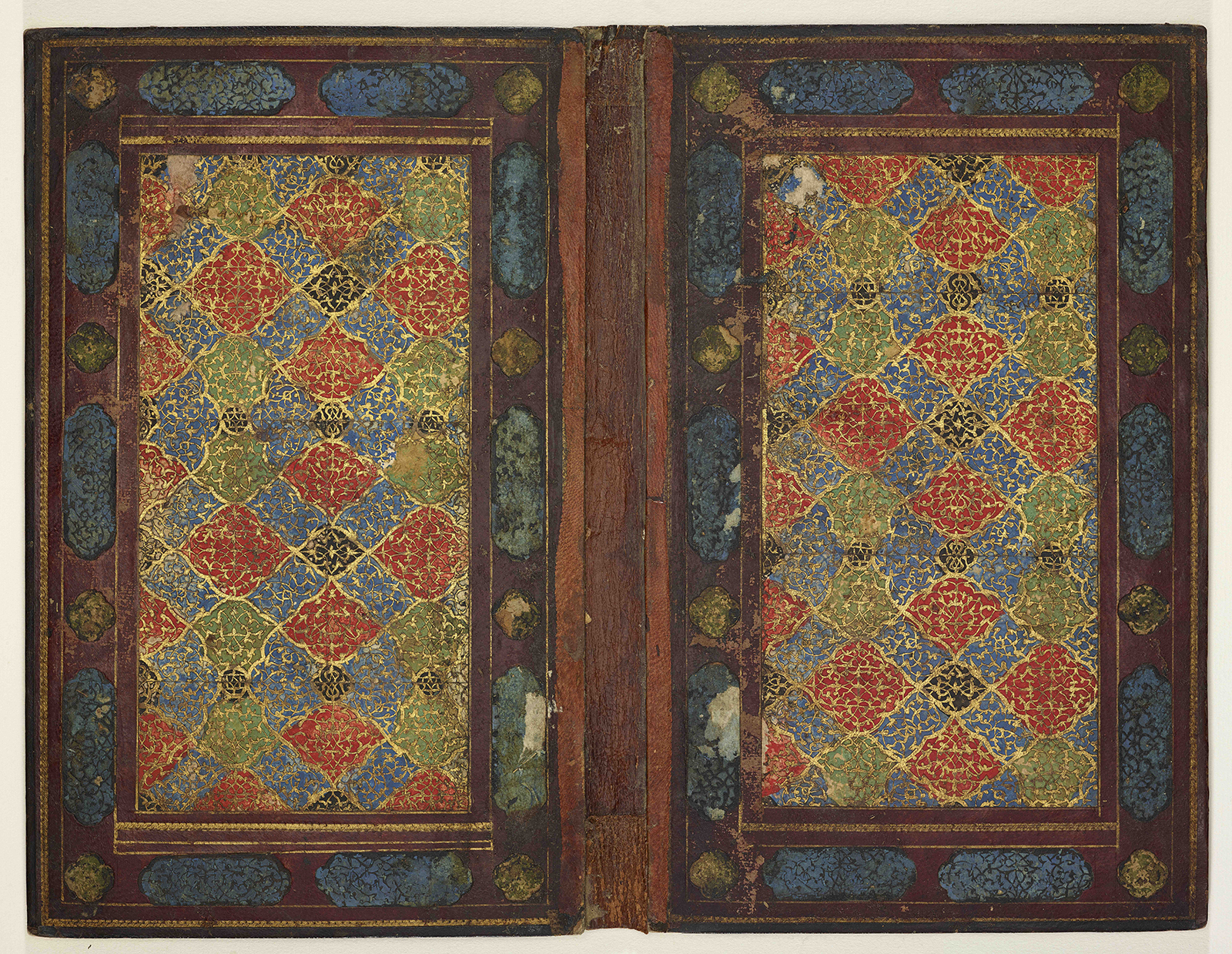 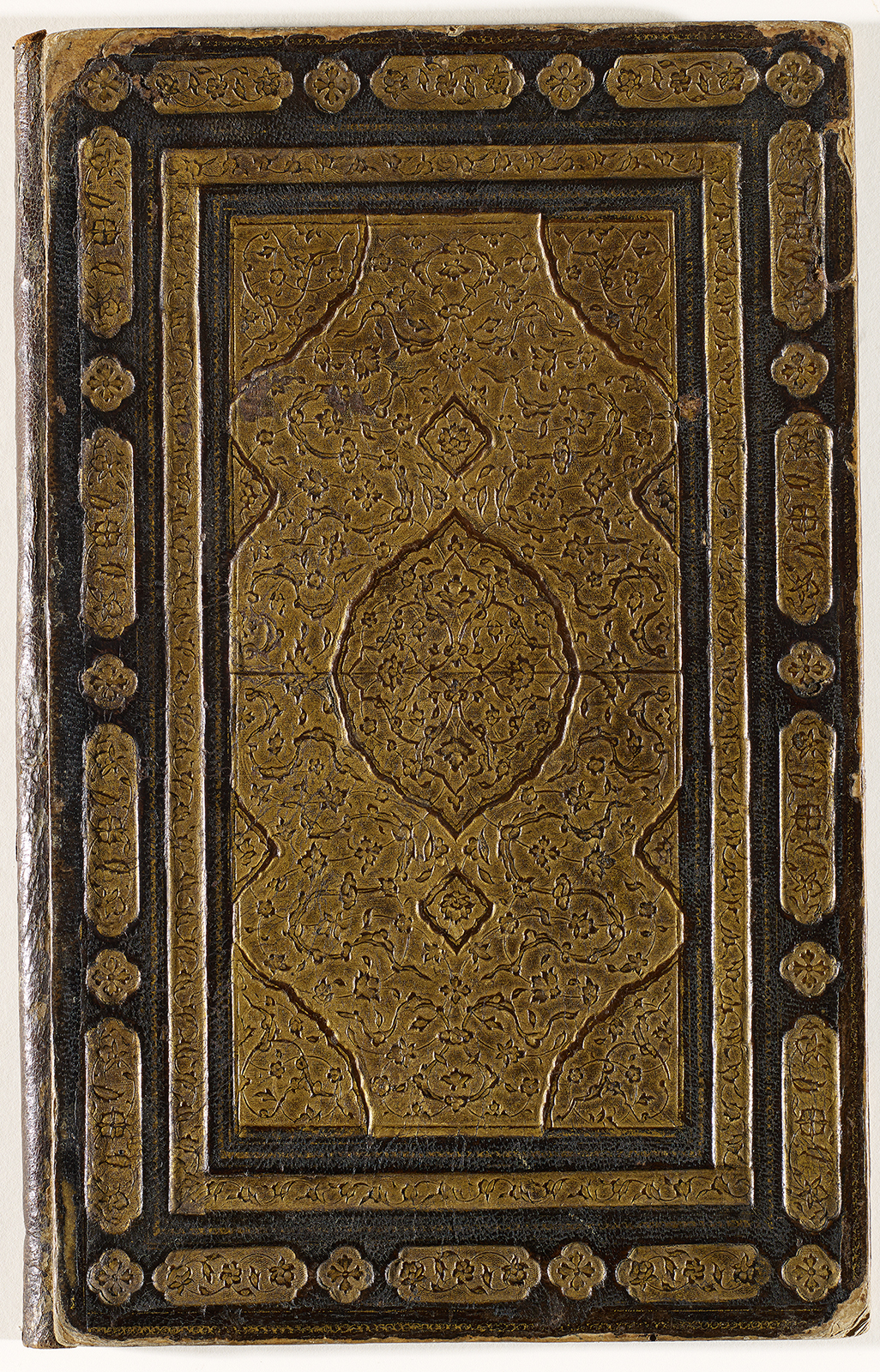 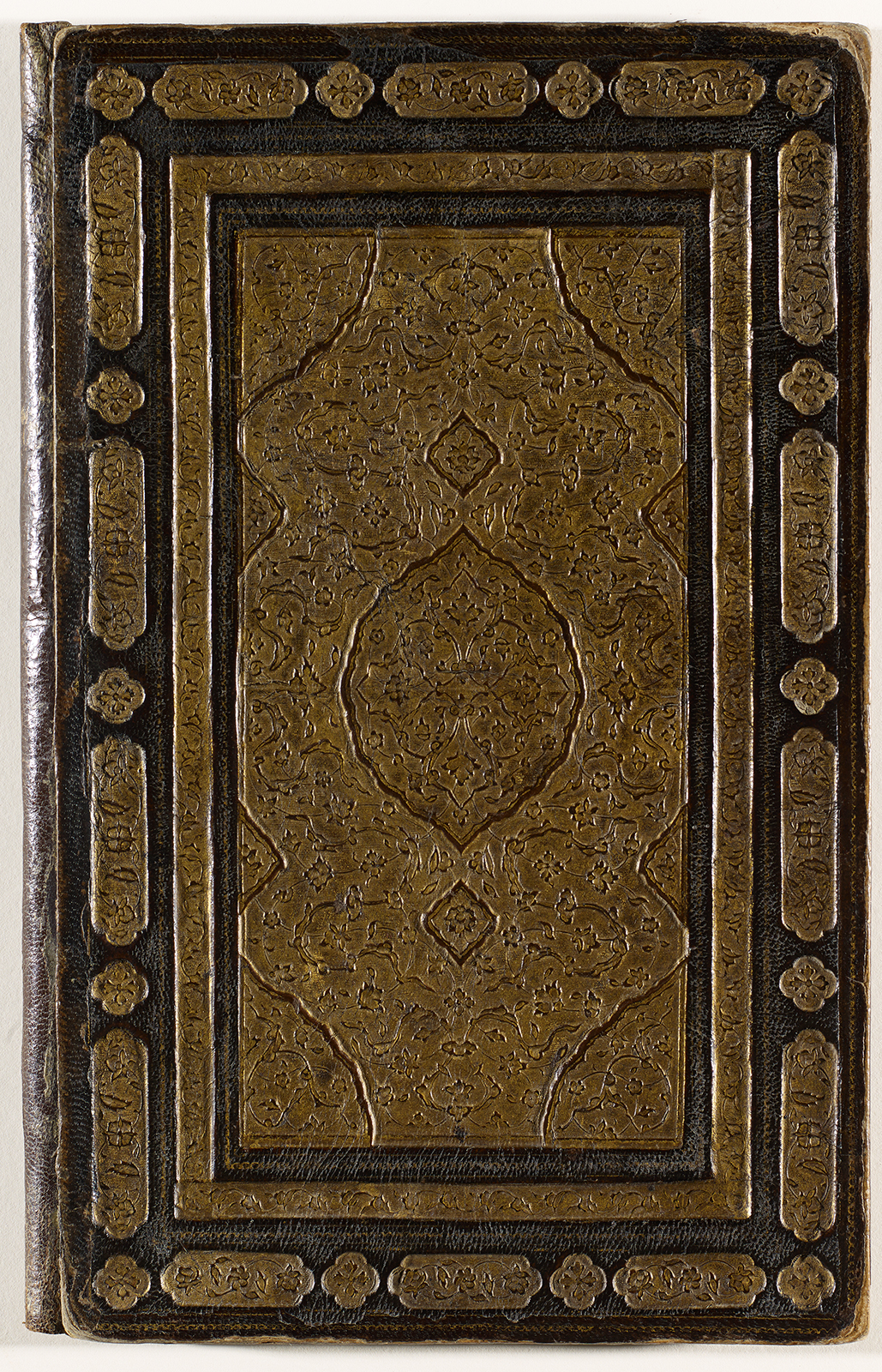 Now missing its flap, this binding was likely produced after 1565 in the Khurasan region (perhaps in Herat).[2] These origins are suggested by two of the binding’s most notable decorative features: the large fan-like flowers on the covers and, on the doublures, a latticework composition cut from gold-painted leather over a polychrome ground.

Each cover bears a medallion with pendants and cornerpieces that also have pendants. The cornerpieces are filled with a two-tier design of scrolling branches and flowers overlaid by another motif (called “rumi”) whose bulbous body and pointed end resemble stylized leaves. The medallions are decorated with scrolling branches bearing fan-like large and smaller flowers on the lower level, and cartouches formed by linked rumi motifs on the upper level. The area between the medallion and cornerpieces is slightly sunken and again has a two-tier decoration: on the lower level, scrolling branches bearing fan-like large and some smaller flowers; and on the upper level, cloud motifs. The narrow border is decorated with flowers on a branch, and the wide border with cartouches filled with flowers. All the decoration is stamped and gilded.

The light chestnut-coloured leather doublures are adorned with a diaper pattern in gilded filigree laid over a polychrome ground. The cartouches inside the broad border are filled with black leather filigree in a design of scrolling branches laid over a blue and green ground.

“Gild-Stamped Bindings of the Last Quarter of the Sixteenth Century and the Qazvin Workshop,” Manuscript Orientalia, C.15, 2009, 39–56.