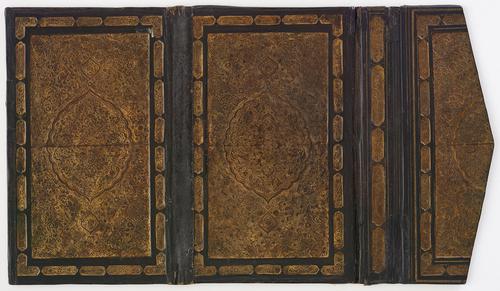 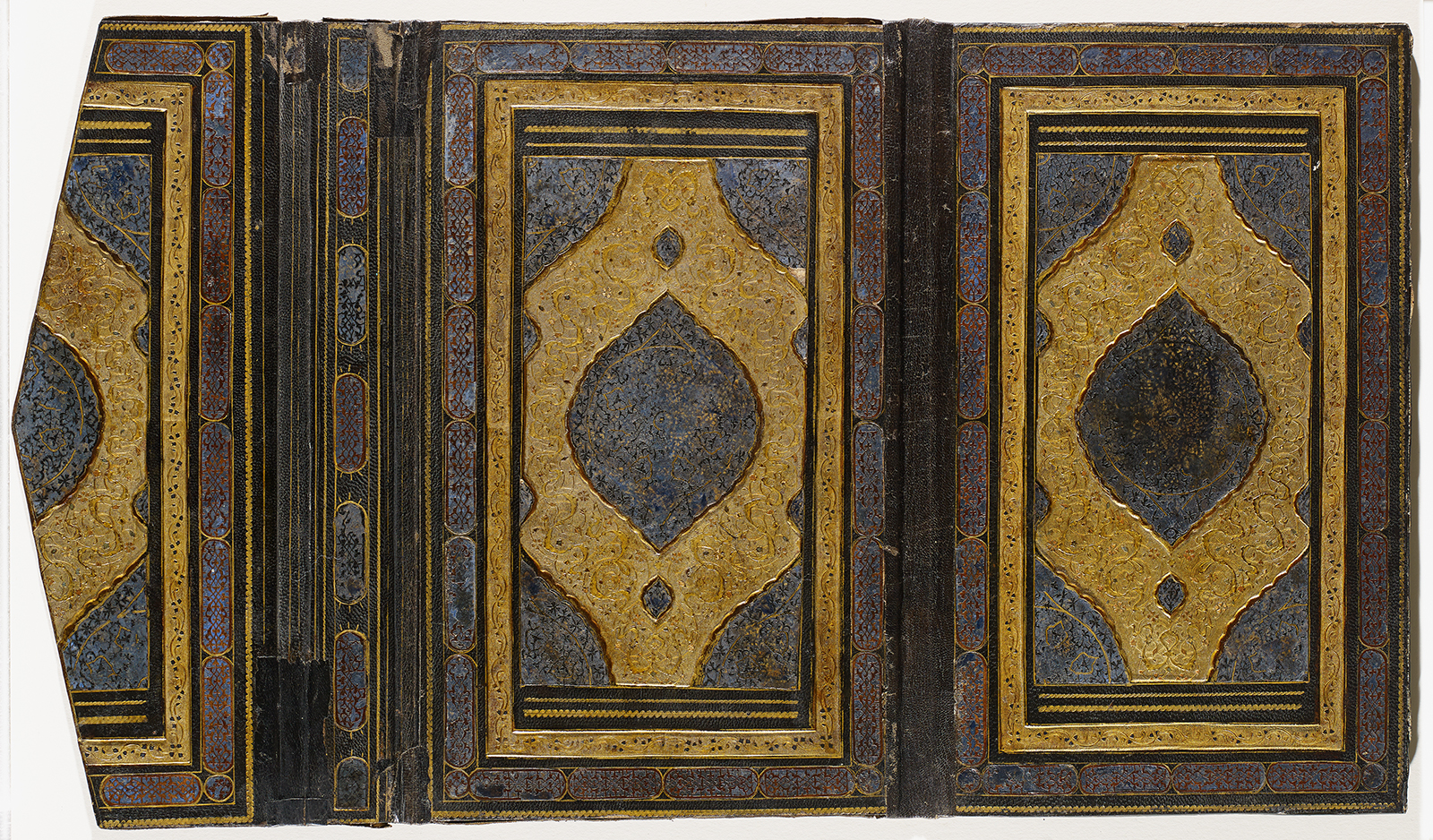 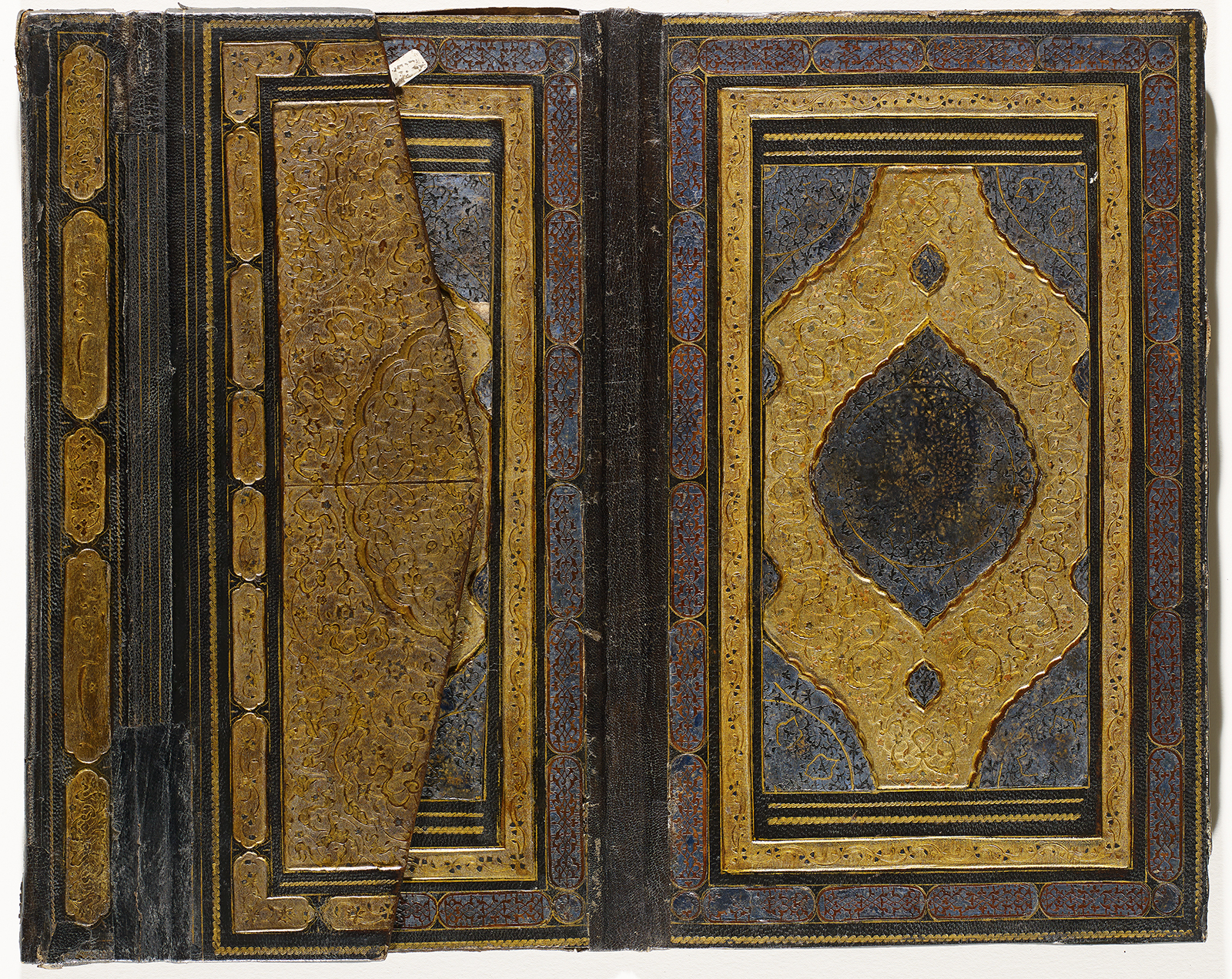 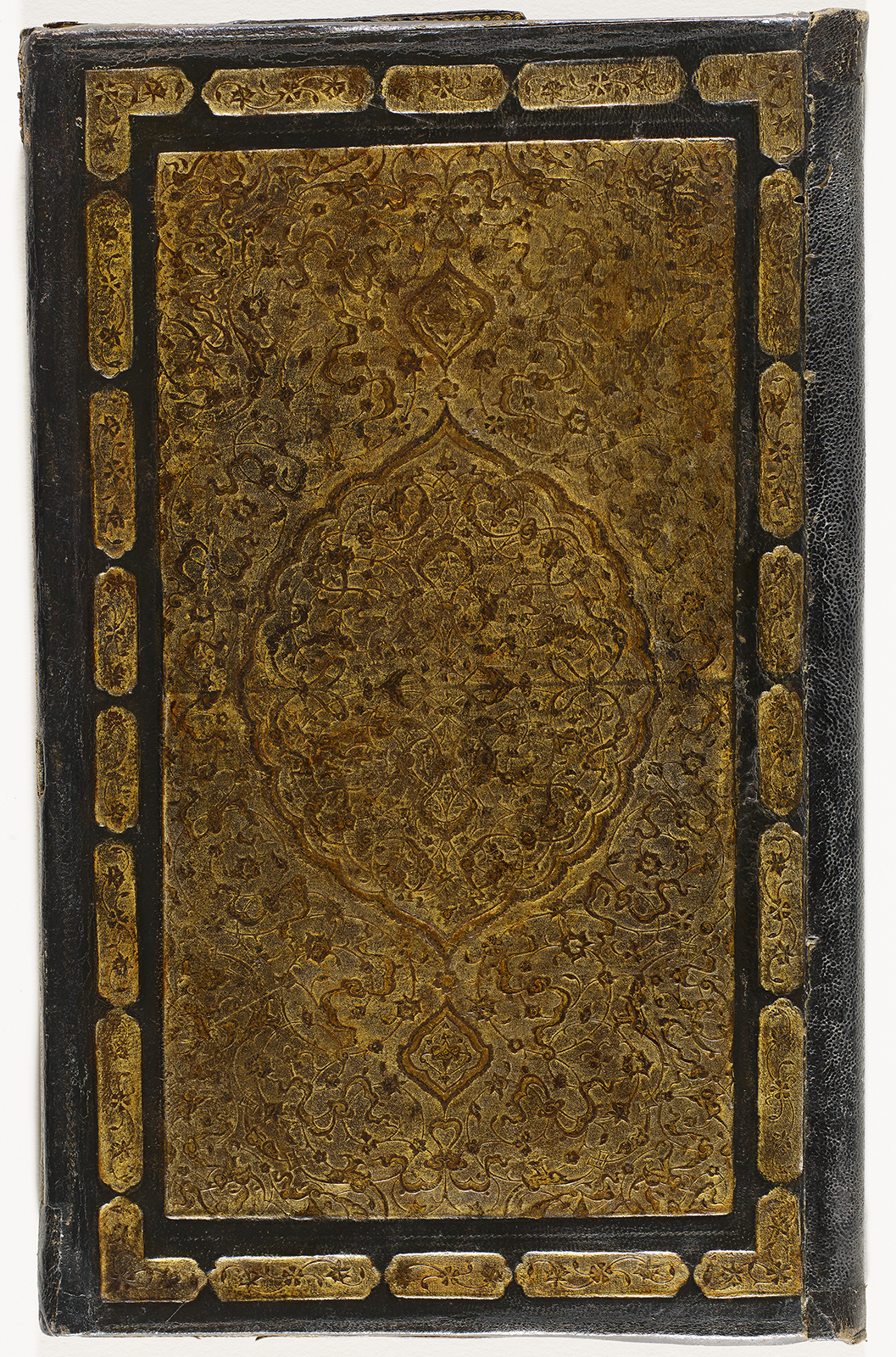 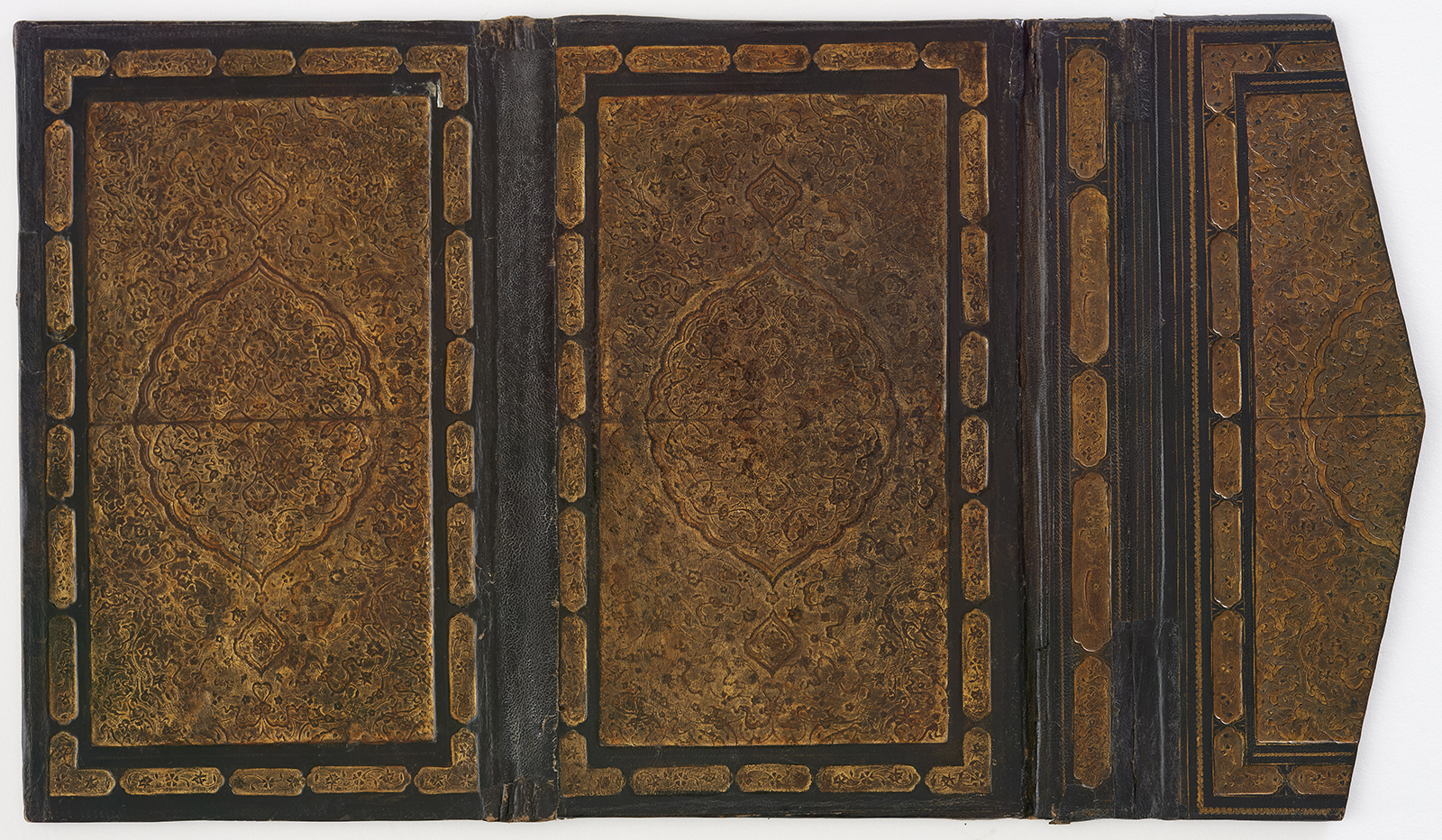 The binding is thought to have belonged to a literary work and must have been produced in Shiraz during the Safavid period (1501–1722). Similar decoration is found on the covers of an illustrated Shahnameh (Book of Kings) whose verse—originally completed by Firdausi ca. 1010—was copied by Murshid al-katib al-Shirazi in Dhu’l-Hijja 945 (May 1539), likely in Shiraz.[2]

In the central field of each outer cover is a large medallion with pendants. Both the inside of the medallion and the space around it are filled with a two-tier design of floral scrollwork overlaid by disconnected cloud motifs tied like ribbons. Close examination of the corners of the cover reveals that the binder designed a cornerpiece here, as indicated by a slender curving band with knot and large rumi motifs (whose bulbous bodies with pointed ends resemble stylized leaves). There are flowers inside cartouches around the border. The short cartouches on the fore-edge flap are adorned with flowers and cloud bands.

Inside two long cartouches on the fore-edge flap can be found a Persian couplet in a taliq hand. This couplet is by the Iranian poet Nizami (1141–1209) taken from the Makhzan al-asrar, which forms the first part of Nizami’s Khamseh:

These lines suggest that the binding once protected a manuscript of Nizami’s Khamseh.

In the central field of the doublures is a medallion with pendants and cornerpieces decorated with dark chestnut-coloured leather filigree. The filigree decoration resembles that of the binding for another manuscript of Nizami’s Khamseh in the Aga Khan Museum Collection (AKM383). The area between the medallion and cornerpieces is slightly concave and decorated with stamped designs of scrolling branches and flowers—still bearing traces of pink and blue paint—overlaid by cloud motifs. Inside the broad border are cartouches decorated with light chestnut-coloured leather filigree.

Grube, Ernst J. Islamic Paintings From the 11th to the 18th Century in the Collection of Hans P. Kraus. New York: HP Kraus, 1970.