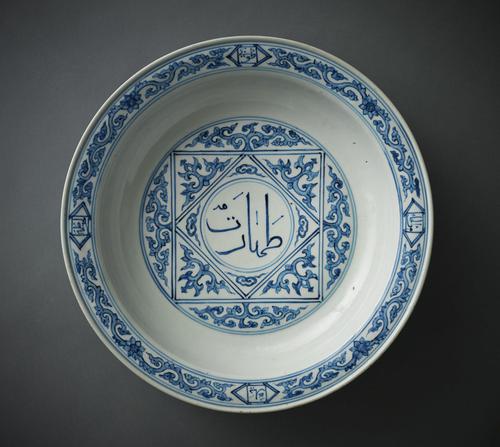 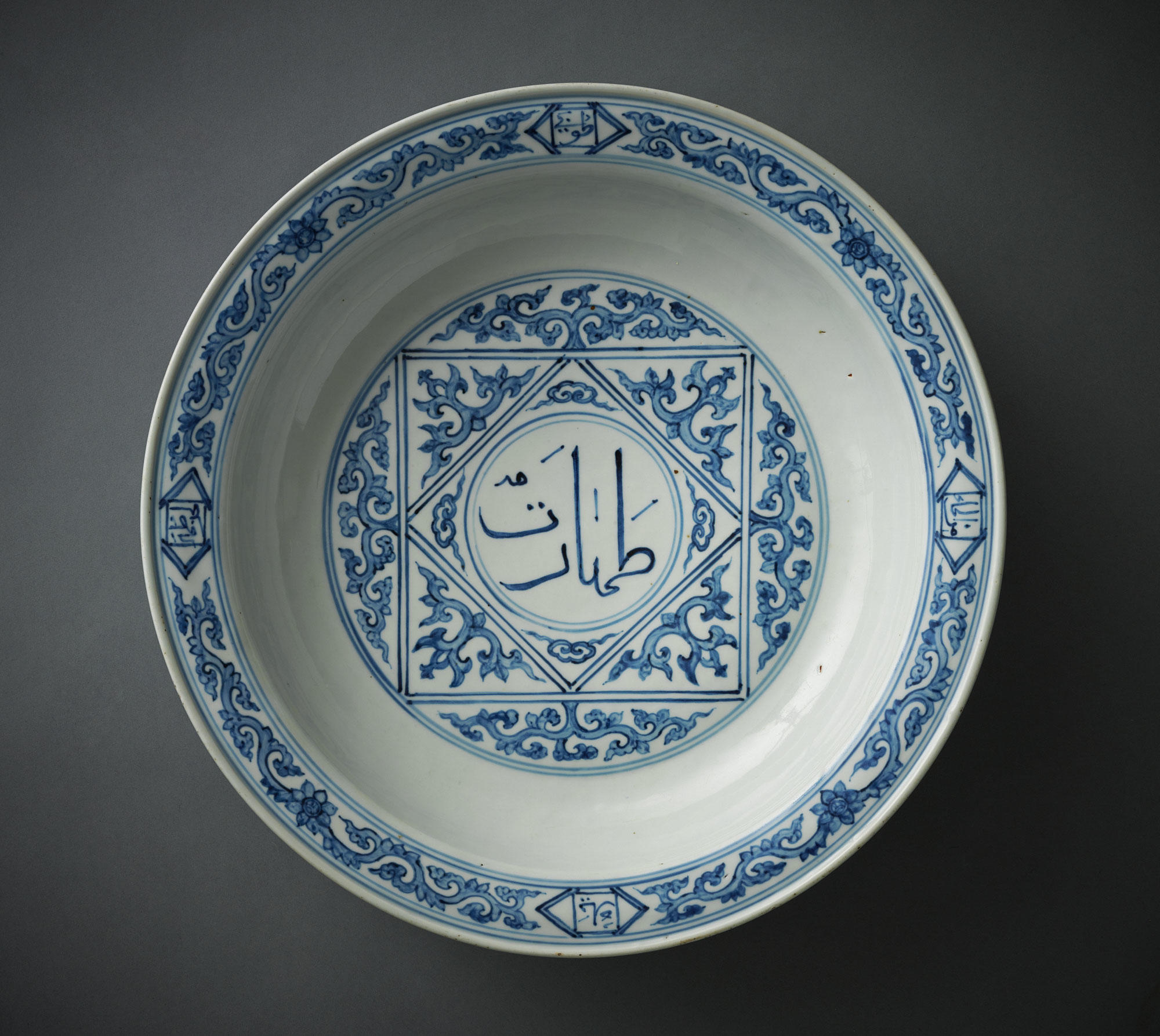 The multiple examples of sixteenth-century Chinese porcelain with Arabic inscriptions are testimony to the presence of an established Muslim community in China during that period, as well as the close and continuous contact between China and the Muslim world. This large dish was made in the porcelain kilns of the province of Jingdezhen in China for a Muslim patron, most probably a member of the close circle of Emperor Zhengde (reigned 1505–21) whose mark can be seen on the back of the dish. The word taharat (“purity”) is inscribed in Arabic in the central medallion of the dish, implying that it was meant for use in ablution, a basic requirement of Muslim prayer. The Chinese-style floral meander on the rim of the dish and its back frames several inscriptions that further evoke the concept of ritual purity and specifically mention ablution (al-wudu’).