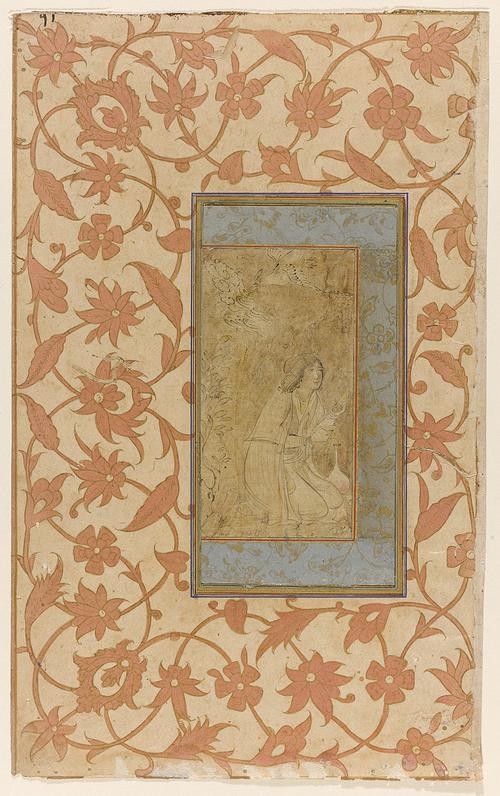 AKM441, A Young Man in a Landscape 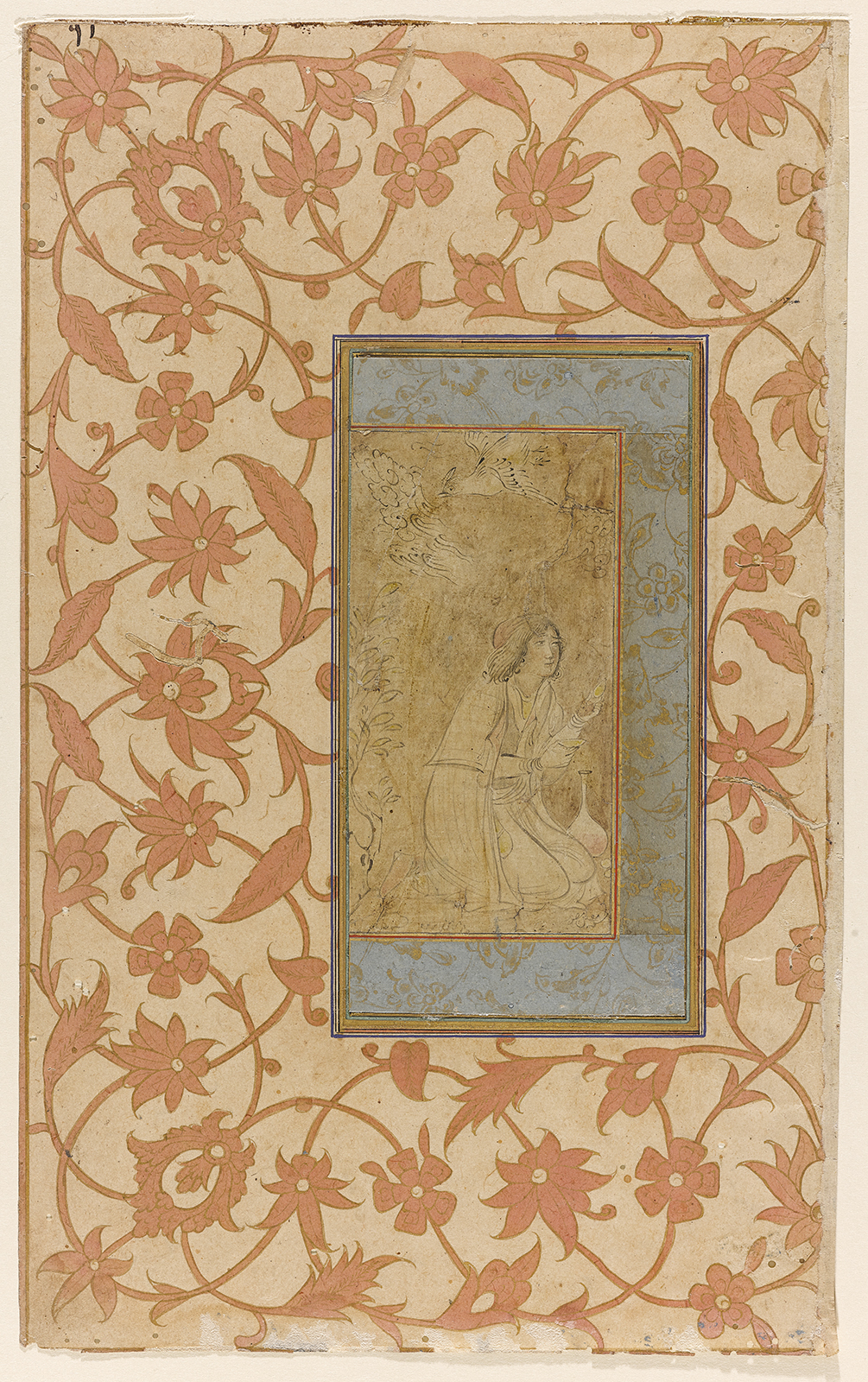 A Young Man in a Landscape

Musavvir was Reza-e ‘Abbasi’s most gifted student, well-known through the detailed information in the inscriptions on his works. He worked independently in his house, which served as a place for other artists to exchange ideas, designs, and new compositions.[2] His animal studies, the results of his fine draftsmanship, are a mixture of real observation and imaginative components. A Lion and a Kylin (AKM112) in the Aga Khan Museum Collection is a fine example.

According to Anthony Welch, this drawing of a young man is a relatively early work by Mu‘in Musavvir, dating to about 1650.[3] It was completed almost 50 years earlier than A Lion and a Kylin. The arrangements of the two drawings are similar; the bird in the sky and the Chinese clouds appear in both. The titling of this drawing, A Young Man in a Landscape, was seemingly done roughly and in haste and gives the impression that it could be a later addition. Another drawing by Mu‘in Musavvir, entitled A Youth Carrying a Rooster, is kept in Dublin, Ireland, and was executed about six years later than A Young Man in a Landscape. The figures in these two drawings have similar hairstyles and wear the same red felt cap. [4] The information in the inscription (even if it was written in haste) and similar visual motifs support the idea that the creator of both drawings was the same artist.

A Young Man in a Landscape was originally part of an album. It is framed by borders with gold foliate motifs on blue paper attached to a folio of cream paper decorated with bold scrolling flowers in pink and gold. Despite the question of the authenticity of the artist’s signatures, this is truly a striking example of 17th-century Iranian-European hybrid drawings.