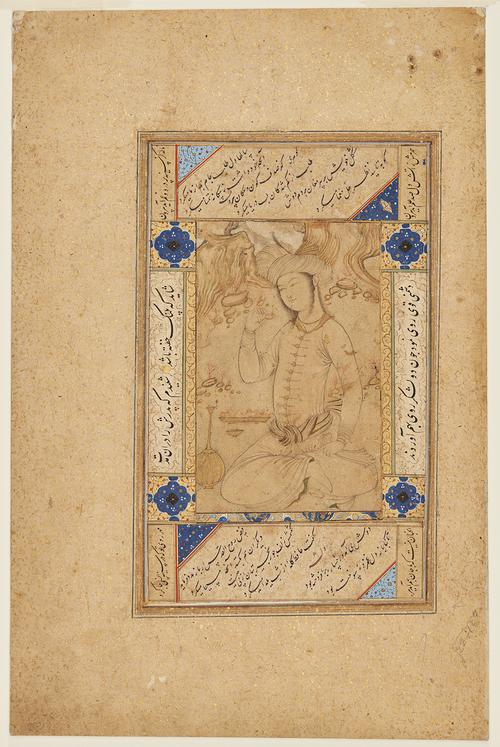 AKM438, A Prince Seated in a Rocky Landscape 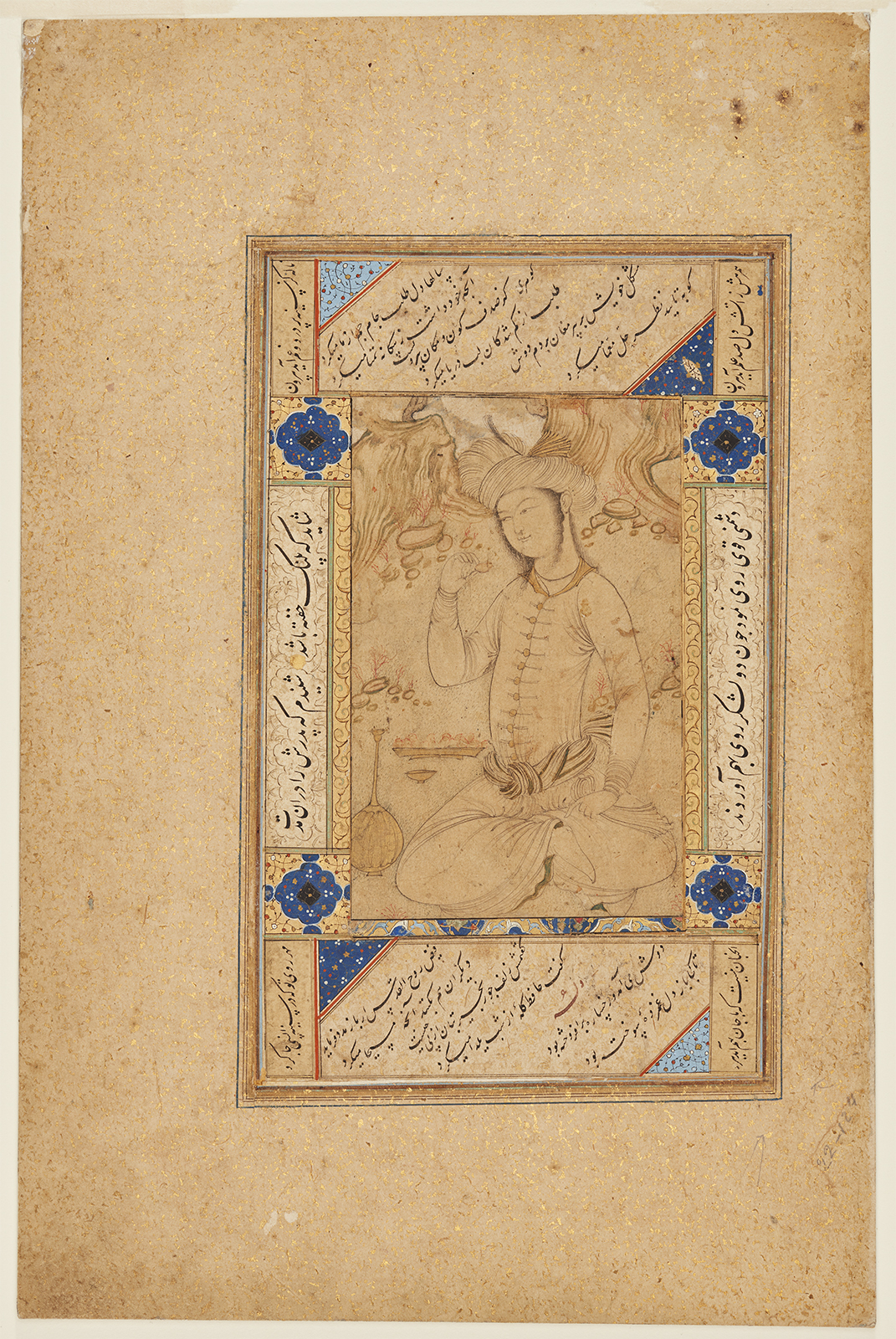 A Prince Seated in a Rocky Landscape

Reza-e ‘Abbasi had an enormous impact on Isfahan painting and artists of the 17th century. His numerous students and followers, including artists Muhammad Qasim and Muhammad Yusuf, imitated his style of drawing as well as his topics. ‘Abbasi’s drawings of daily life in nature—collected in the Reza-e ‘Abbasi Album—demonstrate his superior draftsmanship and superlative creativity.

The lavishly executed, feather-emblazoned turban is typical of ‘Abbasi’s style. The shaved face and long curls of the prince are characteristic of Isfahan painting, as are the elaborate knotted belt and the napkin he clutches. Idealized portraits of courtly, handsome princes played an important role in spreading the models and styles of the 17th century.

This single-page drawing is framed in different layers of borders. Calligraphic verses written diagonally in good nasta‘liq script occupy the top and bottom border and are from the divan (collected works) of Hafiz. The verses on both sides of the young man, accompanied by four floral decorated illuminations, are by the poet Sa‘di. The outer borders of gold-flecked paper support this arrangement.

The drawing’s style also has stylistic similarities with other drawings in the Aga Khan Museum Collection, including AKM435, AKM437, and AKM440. Parallels include the treatment of wrinkles in the headgear and clothing. The artist’s unsubtle use of colour in this drawing and the black contours of the body make the work appear flat.